Put aside issues; give this labour of love a chance: Big B to 'Shoebite' makers 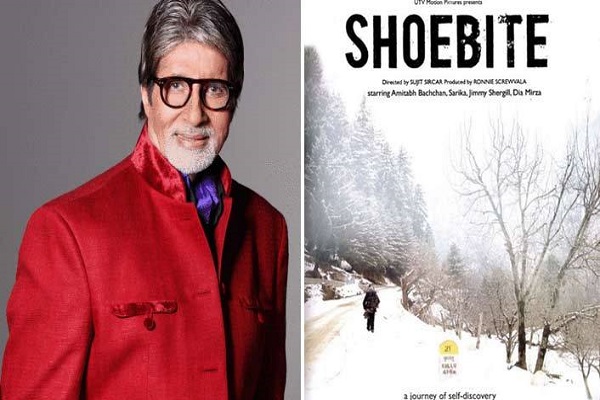 Mumbai: Megastar Amitabh Bachchan has appealed to the makers of "Shoebite" to bring the film out of the cold storage and release it for the audience.

The Shoojit Sircar-directed film features Bachchan, Dia Mirza, Jimmy Shergill, Sanjeeda Sheikh among others. The film was caught in a legal battle between Percept Picture Company and UTV Motion Pictures and was put on the back burner.

A fan on the megastar appealed to him about his desire to watch the movie and tweeted, "Amitabh Bachchan in 'Shoebite'... We want this movie to be released... Please do something UTV films... I'm sure that with a little effort it can happen."

To this, Bachchan made an impassioned plea to UTV Films and Disney to sort their differences out in order to release the film.   "Yes... UTV & Disney... Put aside the internal debate, issues, or personal view points and give this labour of love from Shoojit Sircar a chance for others to appreciate this novel story and film... Please," he tweeted. PTI