It is frustrating to not get good scripts: Patralekhaa 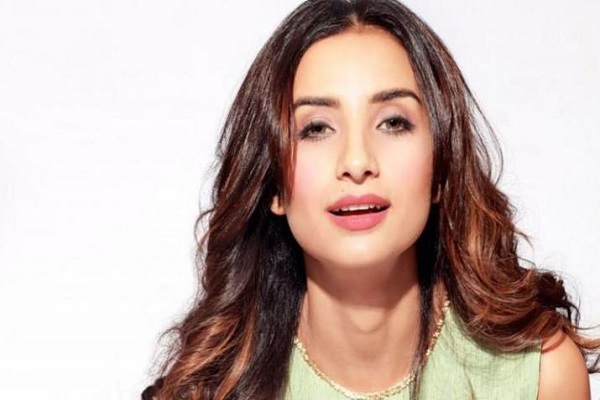 Mumbai: Actor Patralekhaa says she wants to be known as a good actor but in her four-year-old Bollywood career, her biggest struggle has been to get good scripts.

Patralekhaa made her acting debut in Hansal Mehta's "CityLights" in 2014, which received critical acclaim, and two years later the actor starred in Vikram Bhatt's forgettable erotic-thriller- "Love Games". She is back on the big screen with Abhay Deol-starrer "Nanu Ki Jaanu".

"It's very difficult to get good scripts. The scripts that come to me are not great. So to get a good script from the 10-15 that are offered is a blessing. I want to be a good actress, I want to be among the best in the country and I believe I have the capabilities to be the same," Patralekha told PTI in an interview.

"What's stopping me is that there are no good projects coming my way. That makes me angry," she added

The actor says what's even worse is that she does not even know why she is not offered meaty parts.

"People wouldn't even tell me, honestly. Maybe they are confused, 'Is she a good actor or is she not?' I don't know... Also, I am not a very pushy person. I feel if there's work, someone will call me, but I can't go after people for work. I think people see through that."

While lack of good projects might make her angry, the 28-year-old actor is patient enough to not let the waiting period between her films affect her. She, in fact, uses the breaks to hone her skills.

"The waiting period doesn't frustrate me because there are so many things to do. I watch films. I travel, I have learnt dancing, there are these acting workshops that I attend. I am not entirely dependent on (films), but also, I don't have a business, so I live my life on what I earn," she said.

When asked if she had an idea how the filmmakers and writers in the Hindi film industry view her as an actor, she said because she played an under-privileged mother of two in her first film, people try to label her as the girl-next-door.

"Your starting point should be damn good for your survival as that puts you in a genre. It's a human tendency that they want to put you in a category, it becomes easier for people to function.

"Thinking outside-the-box is a little difficult, and it's just comforting to put things in boxes. So that's what happens with me," the actor said.

Patralekhaa tried to break away from the "CityLights" image with her second film, but admitted she failed miserably. The failure of "Love Games" taught her to not do films that she is not convinced about.

"It didn't work for me, it tanked because I wasn't comfortable. I know I didn't do a good job, it wasn't my space. I can't blame anyone else for it because I was the person at fault. I shouldn't have taken up that film. I didn't do justice to it," she said.

The actor, however, is looking forward to the release of "Nanu Ki Jaanu", which she feels falls in a happy space.

"It's such a sweet, endearing film. I had so much fun doing it. Both my previous films were heavy and high on drama, so this was super fun. It is in a very happy space, something I relate to the most."  Directed by debutante Faraz Haider, "Nanu Ki Jaanu" releases this Friday.  PTI