SUNNY SINGH ON THE SETS OF 'ADIPURUSH'

Sunny Singh drops a happy picture with Prabhas and Om Raut from the sets of 'Adipurush'. 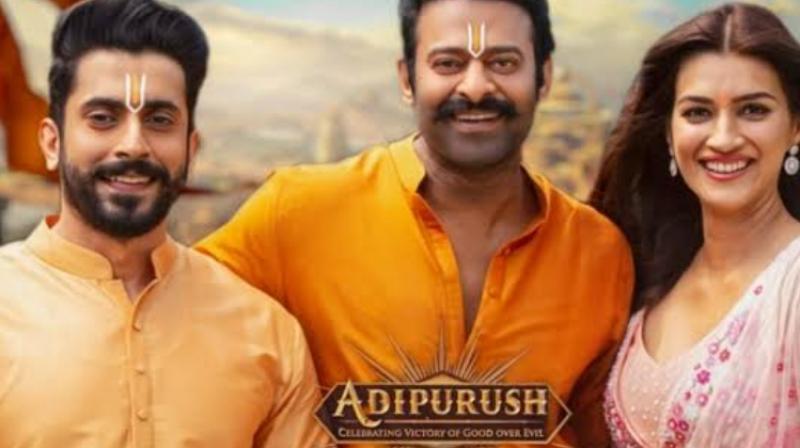 Mumbai: The team of "Adipurush" is currently busy shooting for their mythological project. Prabhas, Kriti Sanon, Saif, Sunny Singh are all set to be seen in Om Raut’ ‘Adipurush’. On Sunday, Sunny took to social media and shared a happy picture from the sets of ‘Adipurush’.

The picture was clicked by Sunny Singh and featured Prabhas and director Om Raut. They are seen striking a happy pose for the camera. Sharing a cool selfie on his handle, Sunny wrote, “#adipurush ” and tagged the team. 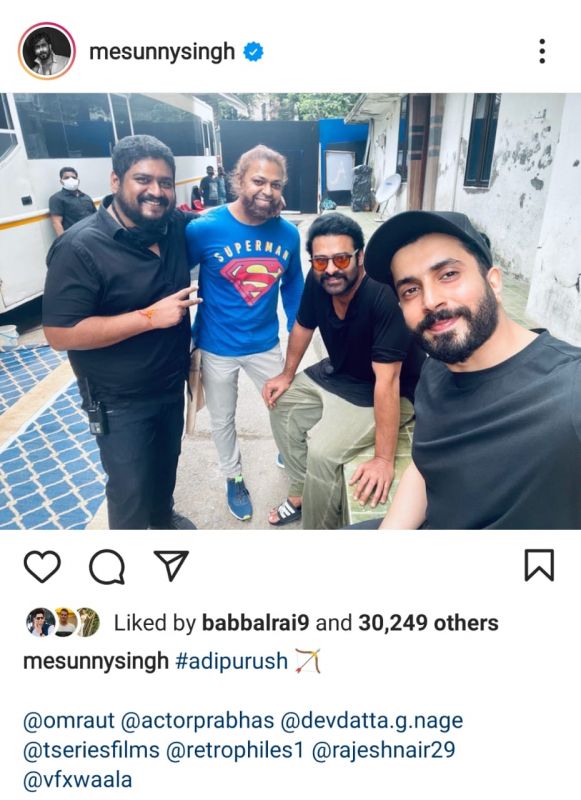 Earlier, Sunny spoke about bulking up for his role in the film. He will be seen essaying the role of Laxman while Prabhas plays Lord Ram and Kriti will be seen playing Goddess Sita. He had said, “For the film, I'm on a strict diet taking not more than 50% of carbs and 50% of protein. Sometimes I have around 15 eggs a day or 10 and then I make sure I eat 4-5 meals in a day. Both Prabhas and I have to look muscular and nicely bulked up for this role. We are bulking up naturally without any steroids or supplements and taking normal whey protein, that's it.”

The film will be released on August 11, 2022. The makers have booked the Independence Day weekend. Prabhas and Saif's movie will face a clash with Akshay Kumar and Bhumi Pednekar’s film ‘Raksha Bandhan’ which is also releasing on the same day. ‘Adipurush’ will be released in Hindi, Telugu, Tamil, Kannada, and Malayalam. The film star cast Kriti Sanon, Saif Ali Khan, Sunny Singh, Prabhas, and Angad Bedi.