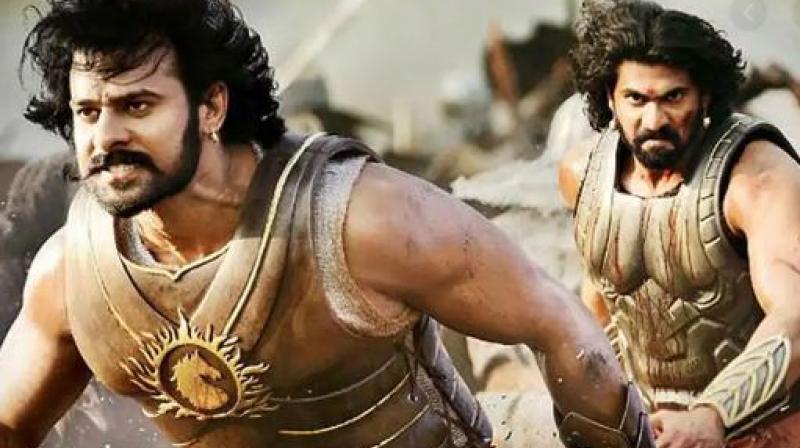 Mumbai: Actors Prabhas, Anushka Shetty and Rana Dagubbati took a trip down memory lane to celebrate the five year anniversary of S S Rajamouli's "Baahubali", which changed the landscape of Indian cinema with its success. 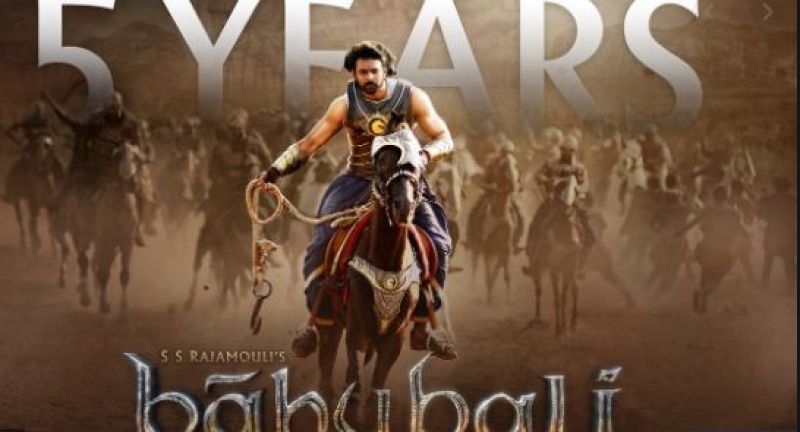 BaahubaliBacked with a powerful storyline and breathtaking visuals, "Baahubali" created history in terms of commercial success of an Indian film globally and also increased the reach of regional cinema across India.

Released in Tamil, Telugu, Malayalam and Hindi, "Baahubali: The Beginning", the first film in the series hit the theatres in 2015, while "Baahubali 2: The Conclusion" came out in 2017. In total, both films amassed over Rs 1,000 crore worldwide.

The official Twitter handle of "Baahubali" franchise thanked the audiences for their love and support. 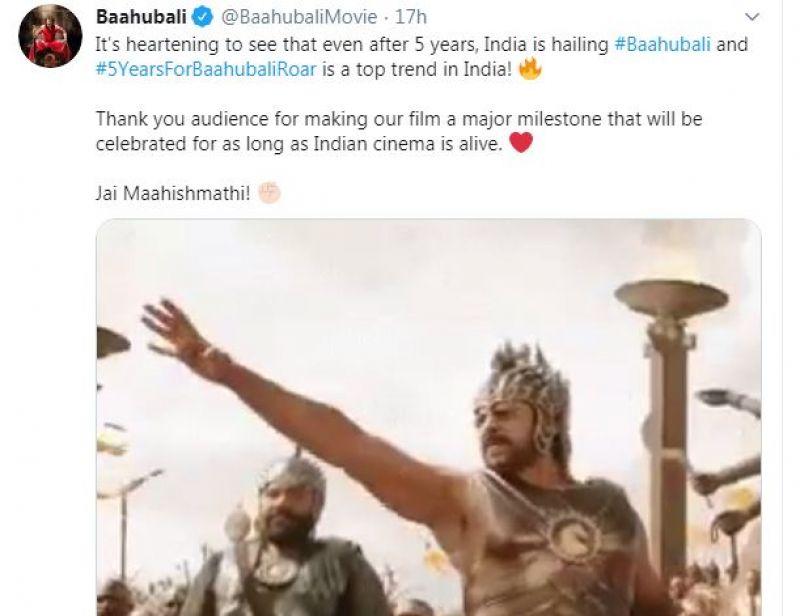 Baahubali tweet"It's heartening to see that even after 5 years, India is hailing #Baahubali and #5YearsForBaahubaliRoar is a top trend in India! Thank you audience for making our film a major milestone that will be celebrated for as long as Indian cinema is alive. Jai Maahishmathi! (sic)," the tweet read.

In the first film, the most frequently asked question in the history of India cinema, Why did Kattappa kill Baahubali , the answer to which was given two years later in the second installment.