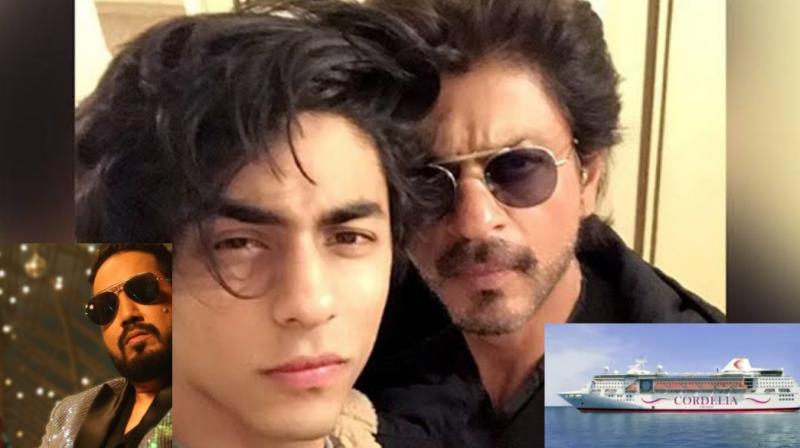 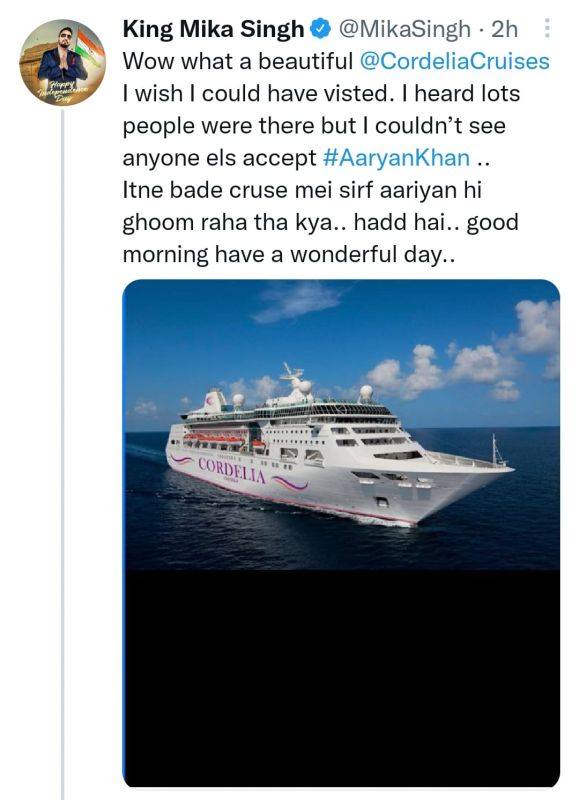 Taking to his Twitter handle, Mika Singh came in support of Shah Rukh Khan's son and tweeted with a picture of the cruise and wrote, "Wow what a beautiful @CordeliaCruises, I wish I could have visited. I heard lots of people were there but I couldn’t see anyone els accept #AaryanKhan ..Itne bade cruse mei Sirf aariyan hi ghoom raha tha kya.. hadd hai.. good morning have a wonderful day.." 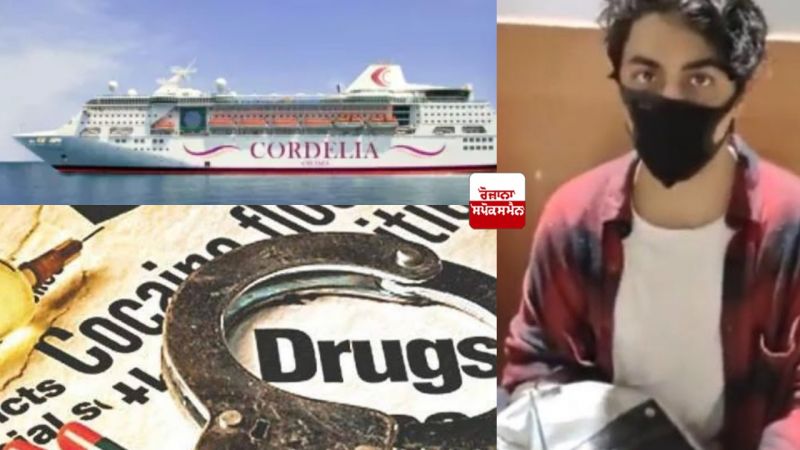 Aryan Khan was arrested by the Narcotics Control Bureau on October 3 after the raid by the officials who seized drugs at a cruise party that was been attended by the star kid. Seven others were arrested with Aryan from the luxury ship. 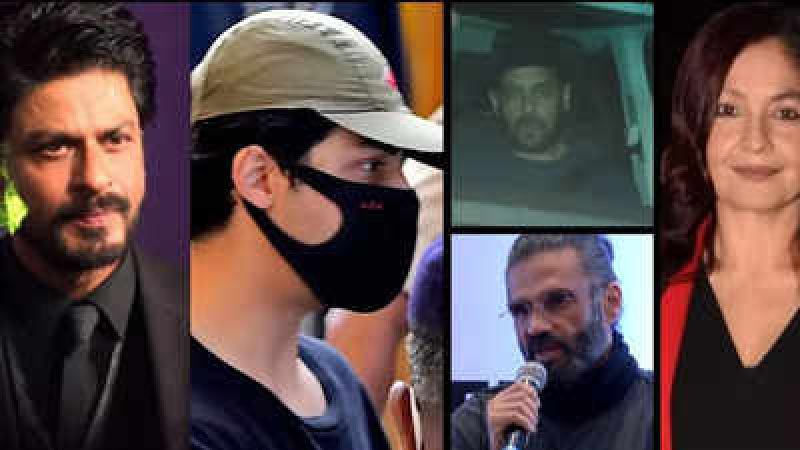 Amid this controversy, SRK has received support from several Bollywood celebrities. While celebs like Pooja Bhatt, Hansal Mehta, Sussanne Khan have been defending the actor and his son on social media, Salman Khan and later his sister Alvira Khan Agnihotri were spotted paying a visit to the Khan family at their bungalow. 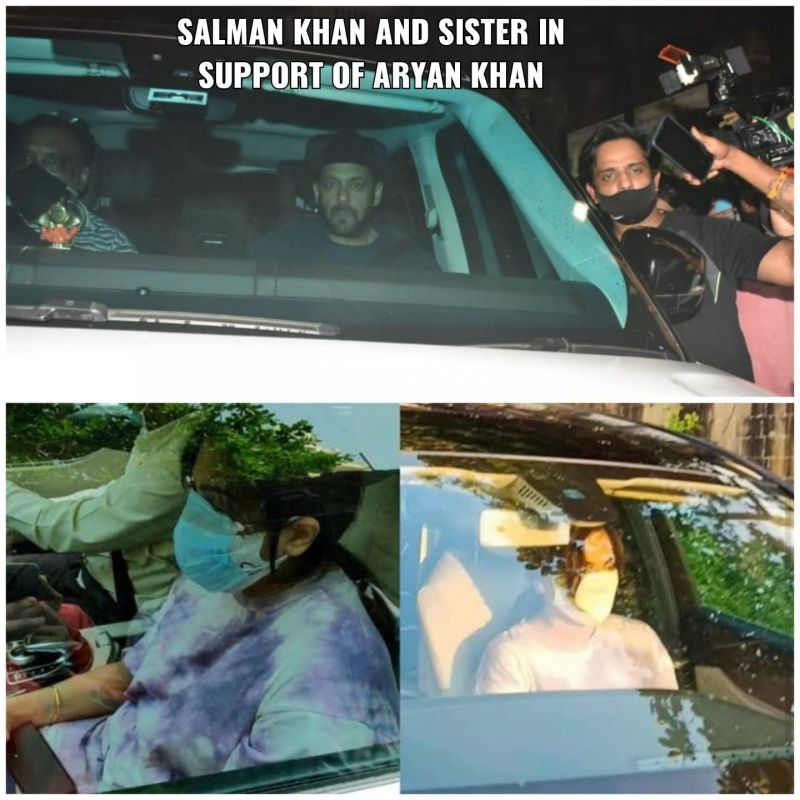 On Monday, all the arrested Aryan Khan, Arbaaz Merchantt, and Munmun Dhamecha were sent for their second remand hearing in the cruise drug raid case. All of them were sent to NCB custody till October 7. 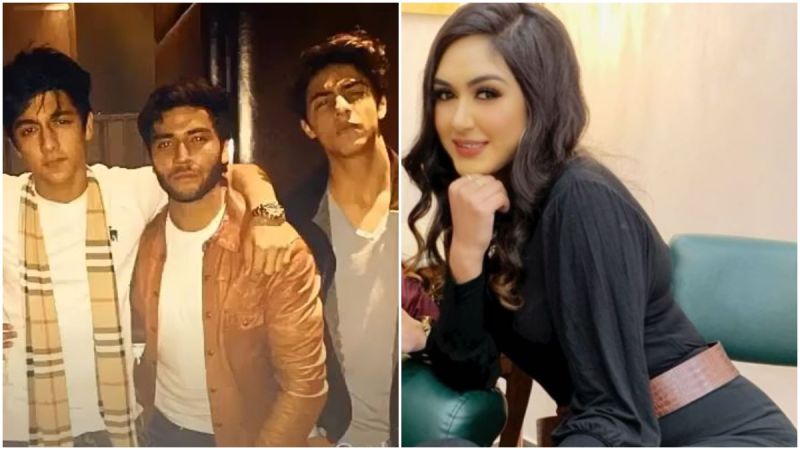 The NCB had reportedly sought custody till October 11. In its remand application stated that “shocking incriminating material has been found on his phone in the form of pictures”, which talks about “procuring in bulk for further distribution.” 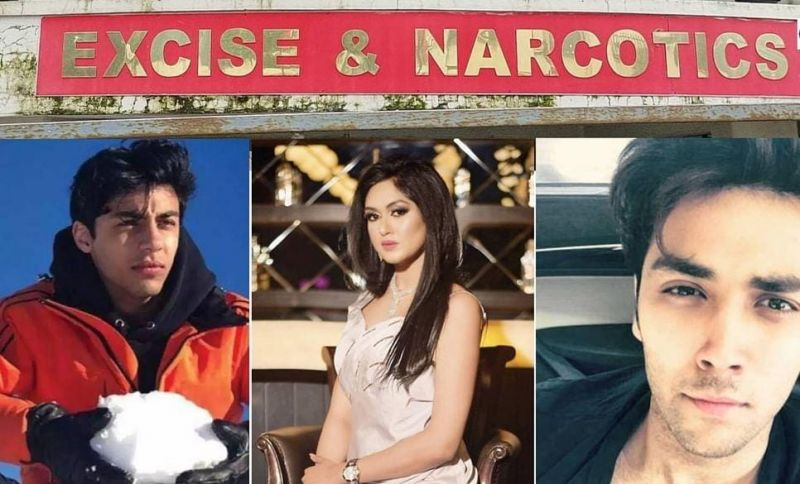