Indian cricketer Hardik Pandya and his wife Natasa Stankovic were blessed with a baby boy on Thursday. 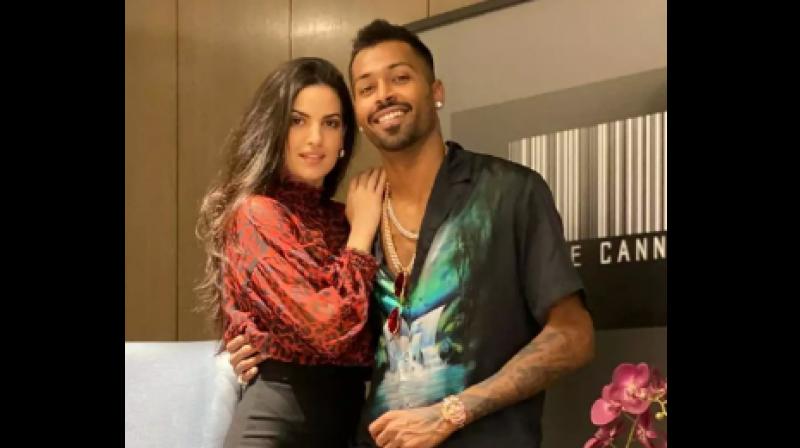 New Delhi: Indian cricketer Hardik Pandya and his wife Natasa Stankovic were blessed with a baby boy on Thursday.

Hardik, himself shared the news on social media platforms. “We are blessed with our baby boy,” the all-rounder wrote in his Twitter handle carrying the first glimpse of the newborn. 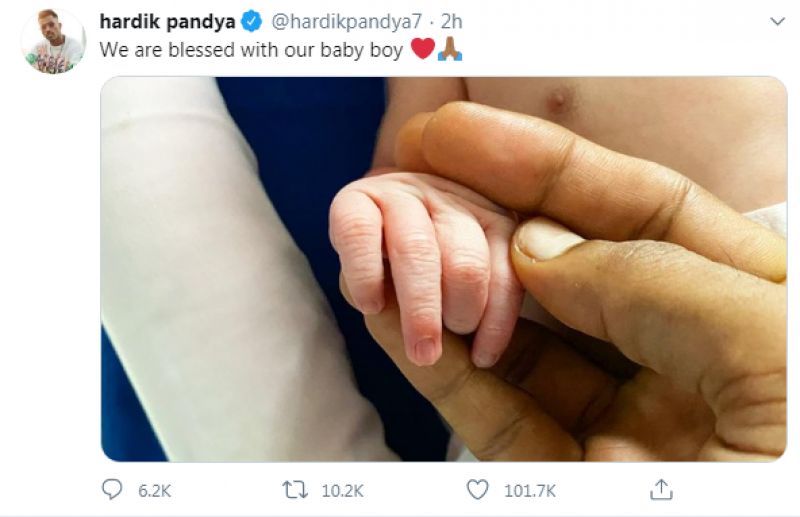 Hardik Pandya tweet In May, he announced Stankovic's pregnancy on popular social media platform Instagram, along with their pictures, which went viral.

Pandya has so far played 11 Tests, 54 ODIs and 40 T20Is for India. He last played for India in a T20I against South Africa at Bengaluru in September last year.