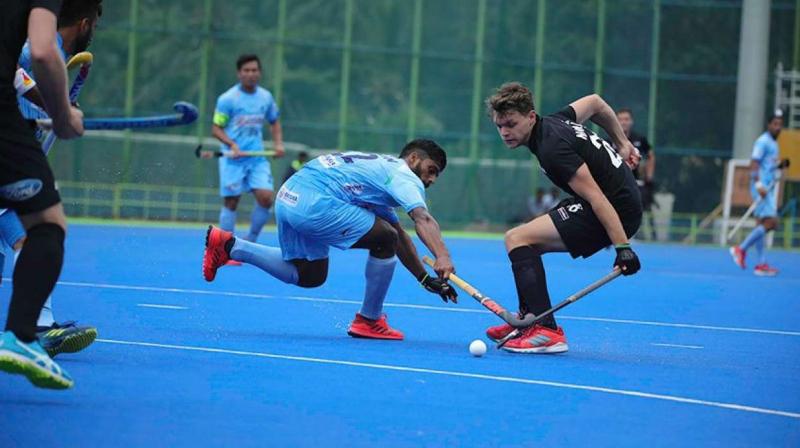 The Indian men's hockey team pulled off a sensational 4-2 win over New Zealand in the first Test of the three-match series at the Sports Authority of India's Bengaluru Campus here. Rupinder Pal Singh (2', 34'), Mandeep Singh (15') and Harmanpreet Singh (38') scored for India while Stephen Jenness (26', 55') scored a brace for the visitors.  The forwards won India their first Penalty Corner of the match in the opening minute. Rupinder Pal, making a comeback into the squad after the Gold Coast Commonwealth Games, was splendid as he fired the ball low to beat New Zealand Goalkeeper Richard Joyce in the second minute.

Though the visitors had an opportunity to equalize in the seventh minute, Indian goalkeeper Krishan Pathak was attentive at the goalpost.  In the 15th minute, India doubled their lead when Manpreet Singh's cross was brilliantly picked up by forwarding Mandeep Singh, who swiftly deflected it into the goal. The second quarter saw New Zealand shake off the starting jitters and showed a tighter defense. Though India won the second PC of the match in the 22nd minute, a poor execution dented the home team's chance of taking the score to 3-0. 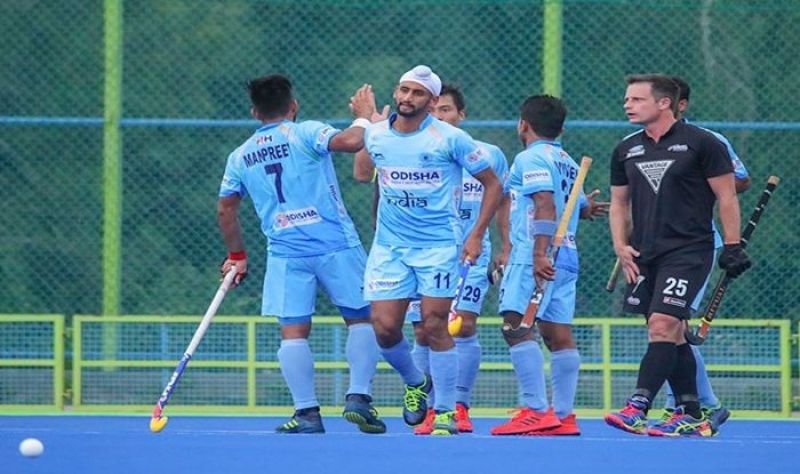 Rupinder Pal, making a comeback into the squad

In the 26th minute, New Zealand finally made a breakthrough with Stephen Jenness scoring a perfect field goal that narrowed the lead to 1-2. After the halftime break, India came back with a stronger attack. Forward SV Sunil, created India's third PC and drag-flicker Rupinder Pal Singh was brilliant yet again as he flicked towards the top right of the net taking India's lead to a comfortable 3-1 in the 34th minute.

In the 38th minute, SV Sunil created yet another opportunity for India to score as he won another PC. Harmanpreet Singh was spot-on as he improvised the injection to powerfully convert India's fourth goal. The final quarter saw New Zealand test Indian defenders as they made strong forays into the striking circle. Their efforts paid off with Stephen Jenness converting his second goal of the match as his shot bounced off Indian goalkeeper Suraj Karkera's pad into the back of the net. 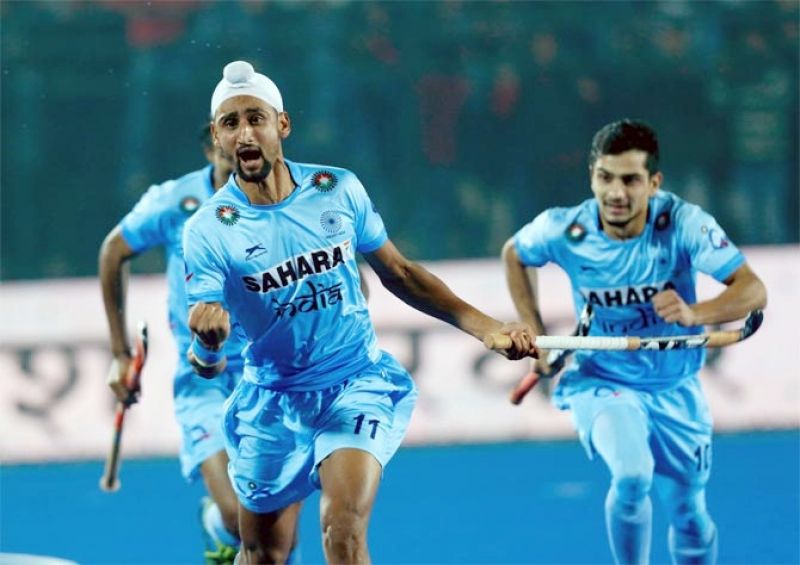 With score-line reading 4-2, New Zealand won a crucial PC with four minutes remaining on the clock. But Nic Woods' drag-flick was way off the target. The visitors earned yet another PC with a little over a minute remaining for the final hooter. And this time, Woods' powerful flick was well defended by Karkera. New Zealand won two more back-to-back PCs with 50 seconds on the clock but Karkera kept the visitors at bay. The second Test will be played on Saturday.