New Zealand Cricket ,chief David White, issued a statement that it was simply not possible to continue the tour despite the treats given. 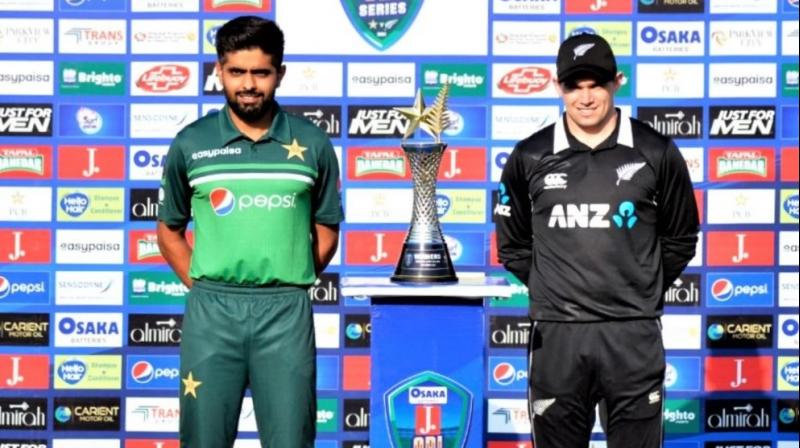 RAWALPINDI: The New Zealand team abandoned the Pakistan tour on Friday just before the first ODI. Ongoing tour of Pakistan, the team New Zealand declined to play the first innings of the ODI due to security threats and alerts.

New Zealand Cricket chief executive David White, issued a statement that it was simply not possible to continue the tour despite the treats given.

The trouble began when on Friday, the first ODI of the White Ball series could not begin in time at the Rawalpindi stadium and both the teams remained in their hotel rooms. 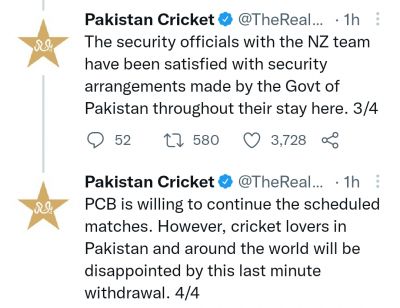 "I understand this will be a blow to the PCB, who have been wonderful hosts, but player safety is paramount and we believe this is the only responsible option, " he stated in a press release.

"The players are in good hands; they're safe - and everyone's acting in their best interests," Heath Mills said. NZC said it will not comment on the details of the security nor the updated arrangements for the departing squad. 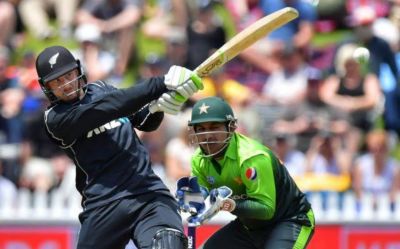 "The Pakistan Prime Minister spoke personally to the Prime Minister of New Zealand and informed that we have one of the best intelligence systems in the world and that no security threat of any kind exists for the visiting team," the PCB said in a statement. 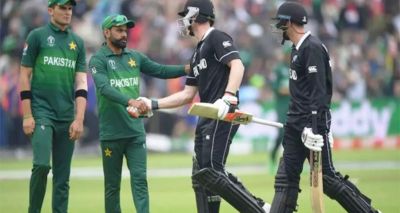 The PCB said that the security officials with the New Zealand team have been satisfied with security arrangements made by the host throughout their stay here. "PCB is willing to continue the scheduled matches."

"However cricket lovers in Pakistan and around the world will be disappointed with the last-minute withdrawal. is in danger of being canceled after the first match of the ODI series could not begin on time on Friday at the Pindi stadium," it added.