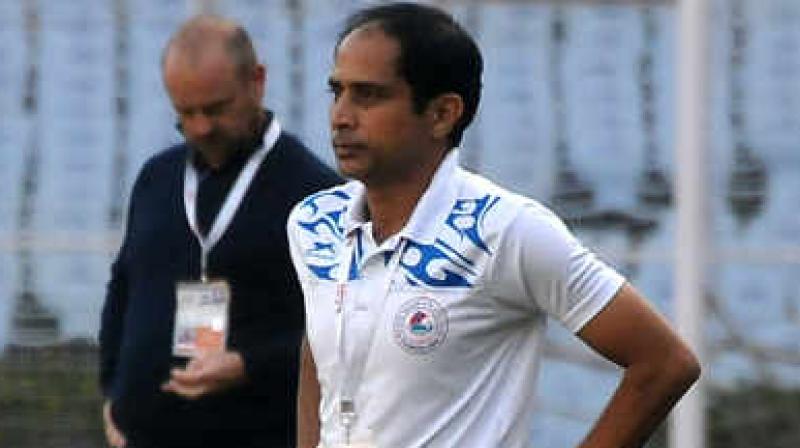 Kolkata, Jan 6: Mohun Bagan's defeat at the hands of I-League debutants Real Kashmir FC Sunday had an immediate casualty as coach Shankarlal Chakraborty tendered his resignation, owning "moral responsibility". This was Mohun Bagan's second consecutive defeat in the I-League after losing to Neroca FC as their title hopes are all but over. "I've informed the club officials that I do not wish to stay anymore.

Now it's up to the club to take a call," Chakraborty said at the post-match news conference. The Kolkata giants have a packed calendar with four successive matches at Saltlake Stadium, including the return-leg derby on January 27 and Chakraborty said he would remain with the club till the management appoints his successor. "We have a match (against defending champions Minerva Punjab) after three days. It will be difficult for the club to rope in someone.

So, I will continue till the club management decides of someone." Mohun Bagan have faired poorly at Saltlake Stadium this season, losing thrice, including in the derby to East Bengal, and drawing twice from six matches. "I'm not quitting out of pressure. I thought I gave my best but I'm unable to help the team make a turnaround," he said.

Earlier in January last year, Mohun Bagan's I-League winning coach Sanjoy Sen quit after their loss to Chennai City FC and his then deputy Chakraborty was promoted. Delving about his defensive tactics, Chakraborty said he never wanted another foreign defender and reminded that Mohun Bagan were used to playing with one foreign central and one Indian defender. "We always hade one foreign defender and one Indian.