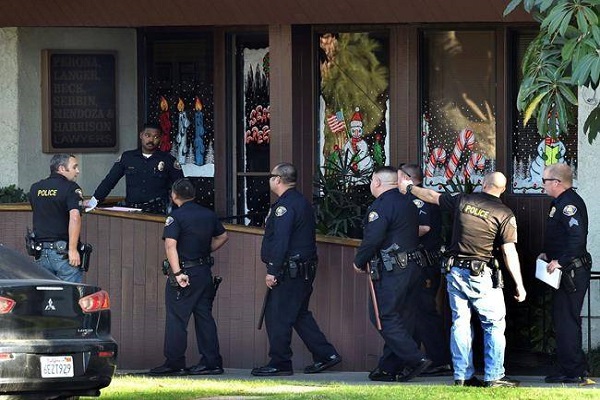 Long Beach (US): Two people including a gunman were killed today and another was injured in a shooting at a Southern California law office that authorities called workplace violence. A murder investigation was underway at the scene, Long Beach police said.

The wounded person was taken to a hospital, said Long Beach Mayor Robert Garcia, who described the person's condition as stable. It wasn't immediately clear whether the gunman shot himself or was shot by police.

Authorities emphasised that it was not an active shooter situation, despite initial reports they received at about 2:25 pm (local time). "This was a workplace violence incident," Long Beach police tweeted.   Video showed people running from a two-story office building shouting about a shooting inside. The building is home to several law offices, but authorities have not specified which firm it was.   The shooting brought a massive response from police, who filled the surrounding blocks after the shooting.   The office is about 20 miles south of downtown Los Angeles in Long Beach, a city of about 460,000 people on the southern tip of LA County.