Swearing, boasting, joking, Trump gets back to being Trump at rally 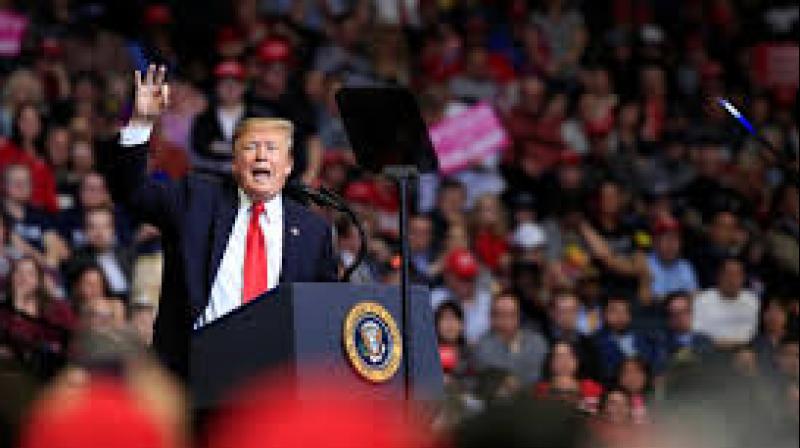 Grand Rapids, Mar 29: He swore on primetime television. He boasted. He told jokes. He made promises. And the crowd loved him. President Donald Trump was back. In his first rally since the end of special prosecutor Robert Mueller's two-year Russia collusion probe, Trump took off the gloves to attack opponents, while pushing an almost mythical picture of his own achievements in office.

The packed arena in Grand Rapids, Michigan, where many wore red Trump campaign baseball caps, responded with chants of "Trump, Trump," and "four more years!" Trump beamed and gave them more. Over about an hour and a half, he questioned whether opposition Democrats would continue with "ridiculous bullshit." He claimed that his surprise 2016 election win was possibly the most extraordinary event in human experience: "They've never seen anything like it and nobody has in this country's history and in most countries' histories." He cited God. 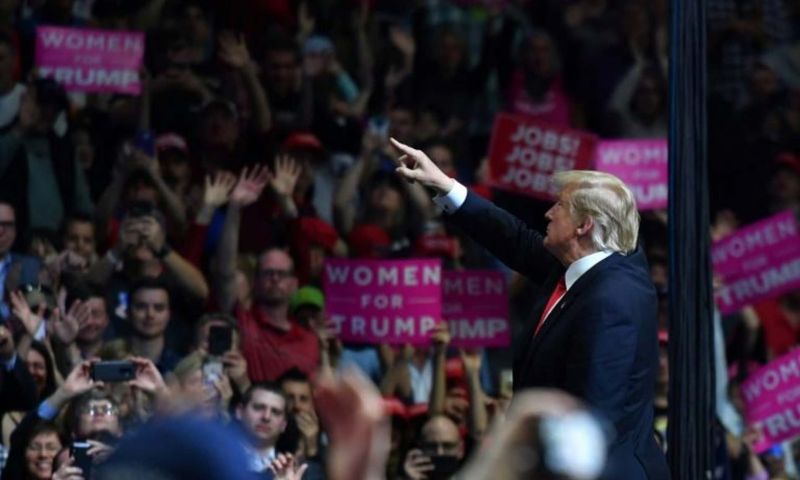 He warned against socialists. He promised "to make America wealthy again." He waved a finger at journalists covering the event -- about a dozen of whom had flow with him on Air Force One from Washington -- and called them "crooked journalists" and "corrupt media." The crowd booed, as if at a sports event. Trump beamed and gave them more. Last week's end to Mueller's probe into whether his 2016 campaign colluded with Russians trying to meddle in the presidential election has clearly given the former real estate tycoon and reality TV host a super boost as his 2020 reelection bid gets underway.

According to a short public summary of the report, which remains nearly entirely secret, Mueller determined that Russians did try to interfere in the polls but that Trump did not collude. Many questions remain unanswered about Trump's links to Russia and his behavior during the bruising investigation. Even so, the result of the probe so far is nothing less than a stunning win for a president, who always said he was the victim of a "witch hunt." The Michigan rally was his victory dance. 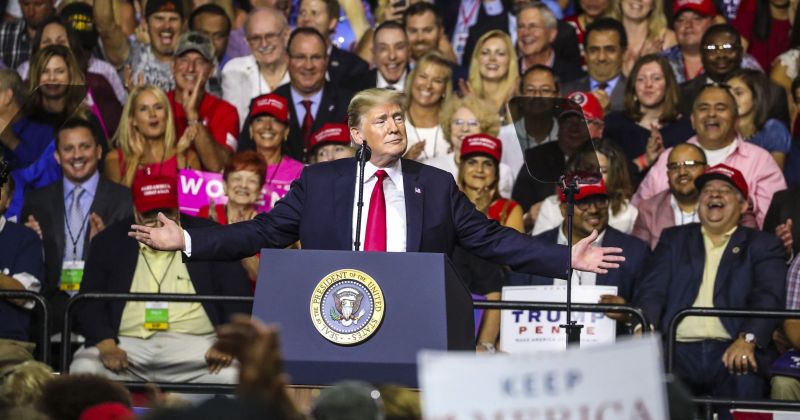 One by one he ticked off a greatest hits of his old crowd pleasers: The Mexico border wall, his pro-Israeli policies, the strong stock market, his push for car factories, and then his ridicule of Democrats for their environmentally friendly policies like the much-battered Green New Deal. But underpinning that litany this time was anger -- and a sense of vindication -- over the Mueller probe. And Trump did not hold back.

He called the probe "a crazy attempt" by Democrats and the media to "sabotage the will of the American people" by putting his victory into doubt. "Their fraud has been exposed and the credibility of those who pushed this hoax is forever broken," he said. Reveling in his triumph, he said Democrats were "on artificial respirators right now. They are getting mouth-to-mouth resuscitation." "Sick, sick. These are sick people," he said. Calling for the authors of the investigation into his campaign to be held "accountable," Trump then stood back, smiling.