Theresa May under pressure to step down over Brexit 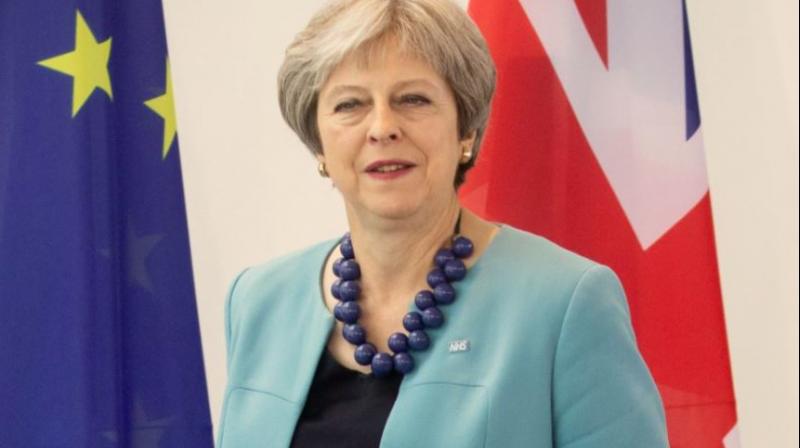 London, Mar 25 (PTI) British Prime Minister Theresa May is facing intense pressure from within her own Cabinet on Sunday to step down over her handling of the Brexit process.

According to numerous UK media reports, disgruntled ministers and MPs are plotting to give her an ultimatum to resign as the price for backing her controversial withdrawal agreement in a third Parliament vote next week, a move which could even see her forced out to make way for a caretaker Prime Minister in the form of her deputy David Lidington.

Asked about calls for a second referendum after nearly a million people marched through the streets of London on Saturday to demand a so-called People's Vote , he agreed that another referendum over Britain's membership of the European Union (EU) should be considered. "It is a coherent proposition and deserves to be considered, along with the other proposals," the senior Cabinet minister said.

The latest leadership row within the Conservative Party comes ahead of a week where May is expected to lose further control over the Brexit process as a cross-party group of MPs press for alternatives to her divorce deal to be debated in the House of Commons on Wednesday.

May had secured a short delay to the March 29 Brexit deadline from the EU, with the requirement to come up with a credible plan for Britain's exit from the 28-member economic bloc by April 12 or crash out without any deal in place. If May's deal is voted through by MPs in a third Commons vote by next week, the EU has agreed to extend the Brexit deadline further until May 22 to finalise the exit strategy.

If not, Britain would be heading for a chaotic no-deal Brexit on April 12.The British PM spent the weekend at her countryside retreat at Chequers trying to finalise her next steps ahead of an expected Cabinet meeting on Monday, when ministers may threaten resignations over her Brexit strategy.

There is a growing expectation among MPs that Downing Street will try to delay holding the next meaningful vote on her twice-defeated withdrawal agreement over the controversial Irish backstop clause because of concerns that May would have to resign if she lost it for a third time. The vote had been expected early next week if House of Commons Speaker John Bercow allows the motion to be tabled without any substantial changes.