This bride wore a 100 kg Lehenga at the wedding 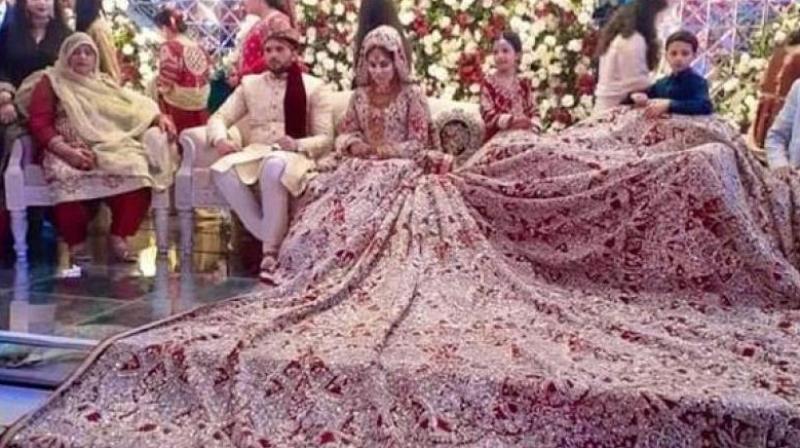 The wedding day is very important for brides. They start preparing their wedding dress several months before so that they will not have any problems later.

Lehengas of different colours, designs, embroideries, styles, heavy or light weight are available in the market according to the trends which the bride likes in her own way. However, recently a Pakistani bride has come a long way in choosing a wedding dress. 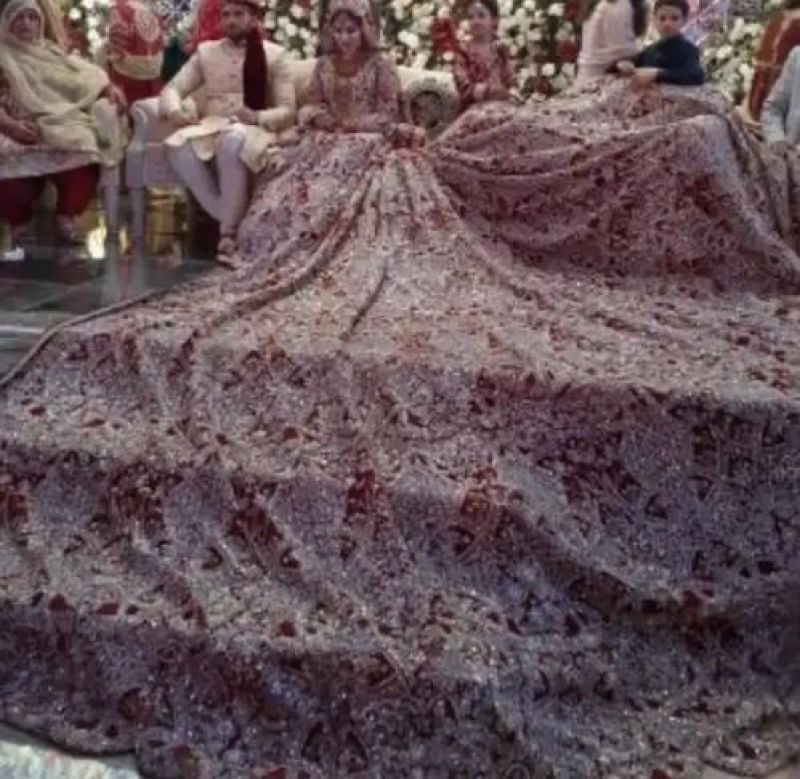 PhotoThe lehenga features an elaborate skirt with heavy embellishments that goes way down to the stairs of the stage the bride and groom sitting on.

The pretty bride styled her heavy lehenga with a maang tikka and some jewellery with hues of red.