Trump at Mexico border: the US is 'full' 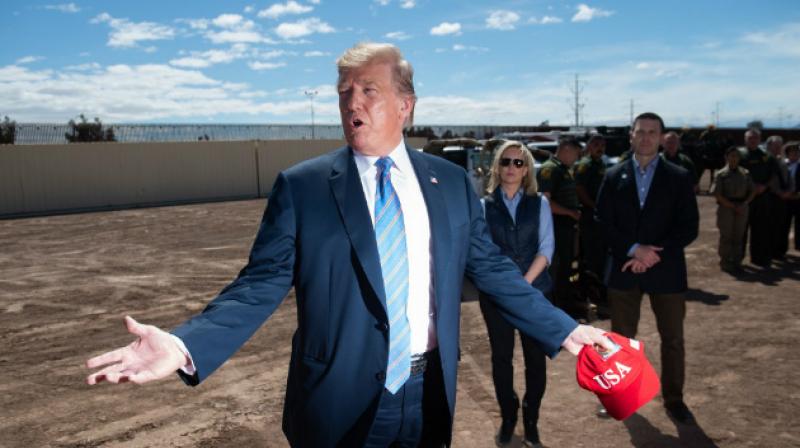 Calexico (US), Apr 6 (AFP): President Donald Trump went Friday to the Mexican border to deliver a message to would be illegal immigrants: the United States has no room left to take them. Trump sees his campaign against a "crisis" on the border as key to his 2020 reelection bid, and his trip to Calexico in California was meant to keep that message in the headlines. Numbers of migrants and asylum seekers fleeing violence in Central America have risen sharply, although there are enormous political divides on whether this constitutes the "national emergency" that Trump has declared.

At a meeting with border patrol agents and other officials in Calexico, he said "it's overwhelming our immigration system and we can't let that happen." Then in a message to those heading for the United States, he said: "The system is full and we can't take you anymore.... Our country is full."  "So turn around, that's the way it is," he said. Around 200 protesters, accompanied by a giant inflatable balloon depicting Trump as a baby, were waiting for the president in Mexicali, the town on the Mexican side of the frontier.

Waving US and Mexican flags, the protesters carried signs with messages such as "Stop separating families" and "If you build the wall, my generation will tear it down." On the US side, dozens of people lined the road that Trump's motorcade took from the airport, demonstrating support for his policies. "Build the wall," said one placard. Trump is determined to pursue a hard line. 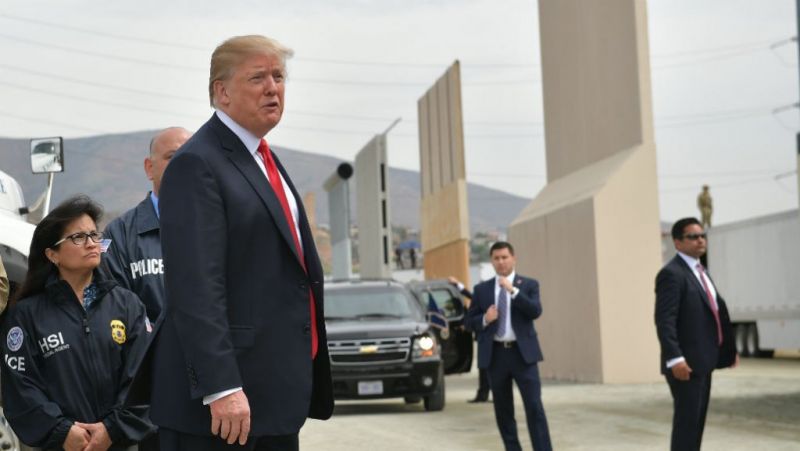 Trump said he could still order the border closed later

Before leaving Washington earlier, Trump said that his previous threats to shut down the border had been successful in persuading Mexican authorities to clamp down by stopping migrants on their journey north. "Mexico, I have to say, has been very, very good... over the last four days since I talked about shutting down the border," he said. Trump indicated again that closing the border is no longer on the cards at present, but reiterated a warning that he will impose 25 per cent tariffs on auto imports from Mexico if illegal migration and drug smuggling are not controlled.

Trump said he could still order the border closed later. "I may shut it down at some point but I'd rather do tariffs," he said. While sounding tough, Trump's surprise shift to tariffs from the previous threat to close the border is a major retreat. Until Thursday, the White House had been signalling that Trump could imminently order a full or partial closure of the huge border in response to what Trump says is a "crisis" and "national emergency."

There had even been speculation that he might announce such a move during his visit to Calexico, an area where new high fencing has been erected as part of Trump's plan for expanding border walls. The idea caused alarm among economists and Congress, including in Trump's Republican Party. Mexico is the third largest US trading partner and any hold ups at the border crossings would have an immediate impact on trade. 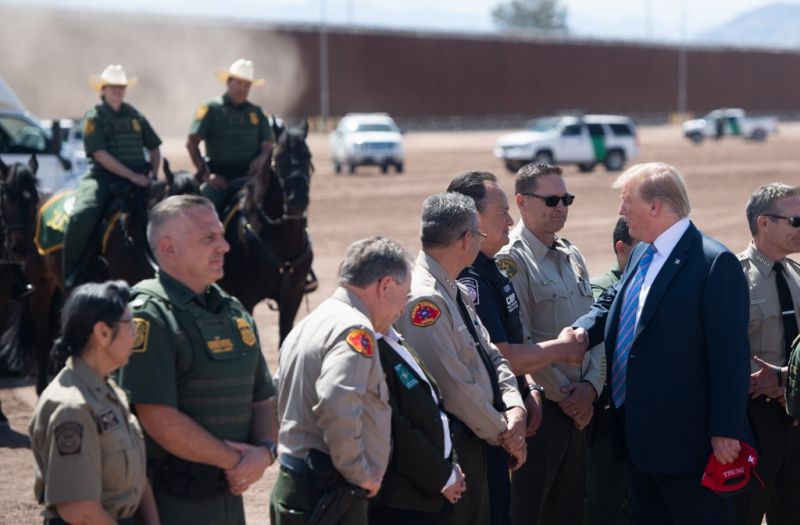 Trump indicated there would be a one-year deadline for Mexico

Although a border closing has been pushed back, the tariffs idea is causing confusion. On Thursday, Trump indicated there would be a one-year deadline for Mexico to improve the situation before tariffs kicked in. However it was not clear if he meant that both for the drug smuggling and migration, or whether he wanted the migration issue resolved immediately. On Friday, he tweeted that tariffs would be slapped on Mexican-built cars "if for any reason Mexico stops apprehending and bringing the illegals back to where they came from."

It was unclear how such tariffs would fit into the countries' deeply intertwined trading relationship, which is governed by NAFTA, a free trade accord also including Canada that is due to be replaced by an updated version called the USMCA. Leaders of the three countries signed the USMCA in November after more than a year of negotiations.

Trump said Friday that his tariffs would "supersede USMCA. It's a great deal, and it's very good for Mexico. But this will supersede USMCA."  In Mexico City, President Andres Manuel Lopez Obrador urged investors to "stay calm."  "Our relationship with the government of the United States is very good," he said.