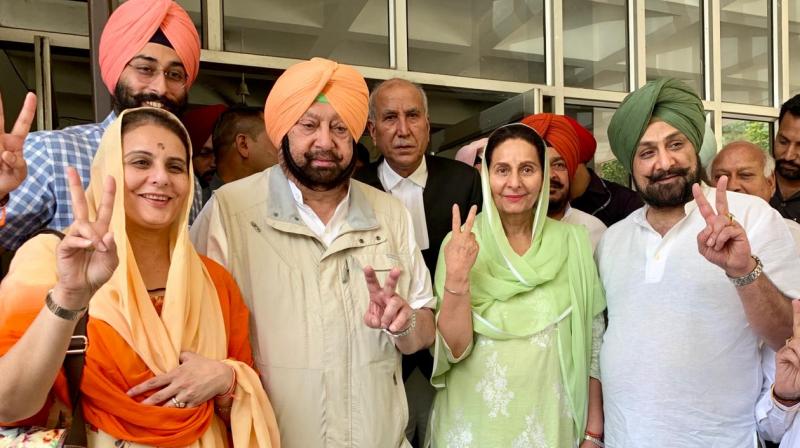 Patiala, April 26: Confident of a clean sweep for the Congress in Punjab, Chief Minister Captain Amarinder Singh on Friday said that in the absence of any Modi wave, and with no achievements to boast, the Bharatiya Janata Party (BJP) was in a state of complete regression and would be ousted from power. The Chief Minister was talking to mediapersons here, after accompanying his wife and Congress candidate from Patiala, Preneet Kaur, to DC office for the filing of her nomination papers for the Lok Sabha elections. Polling is scheduled to be held in Punjab on May 19. 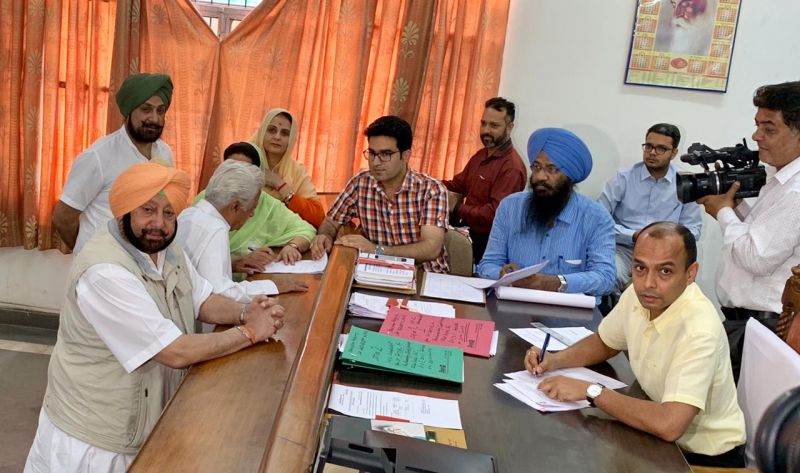 Capt Amarinder’s son Raninder Raninder Singh, daughter Jai Inder Kaur and grandson Nirvan were also in Patiala on the occasion. “We will win for sure, we will win all the 13 seats, including Bathinda (from where Harsimrat Badal and Ferozepur from Sukhbir Badal are contesting for Shiromani Akali Dal),” Captain Amarinder said in reply to a question on the party’s prospects. The mood in Punjab was completely changed from what it was in 2014, said the Chief Minister, asserting that the Congress in the state was going all out to deliver on its Mission13 and give all the 13 seats to Rahul Gandhi. 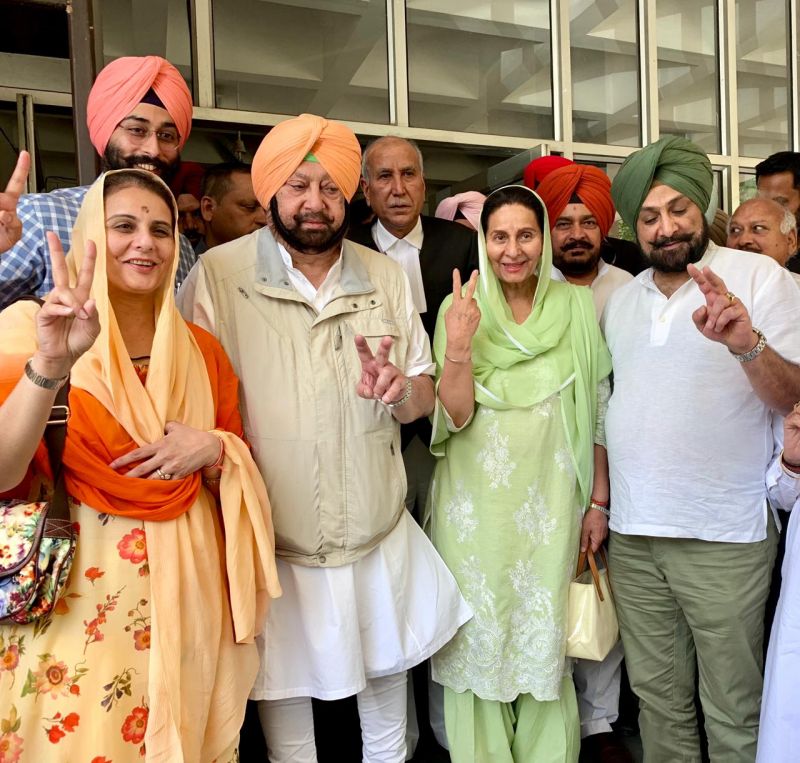 Rahul would definitely be campaigning in Punjab, though the dates and venues were yet to be decided, Captain Amarinder said in response to a question. The Chief Minister rejected the possibility of Sunny Deol posing any serious threat to Sunil Jakhar in Gurdaspur, saying Sunil has been working on the ground in Gurdaspur while Deol had no locus standii there. “Sunny Deol will run away, back to Bollywood, and not be there for the people of Gurdaspur,” he added.

Chief Minister said all issues were discussed with the PPCC president

Asked to react on a media report that Jakhar was not kept in the loop about AAP MLA Nazar Singh Manshahia joining the Punjab Congress, the Chief Minister said all issues were discussed with the PPCC president. He categorically denied any differences in the matter with Jakhar. To a question about the much publicized actor Akshay Kumar’s interview with Prime Minister Narendra Modi, Captain Amarinder quipped, “What interview? I have not seen any interview.”