`He’s Just A Filmy Fauji, I Am The Real Fauji’, Quips Capt Amarinder... 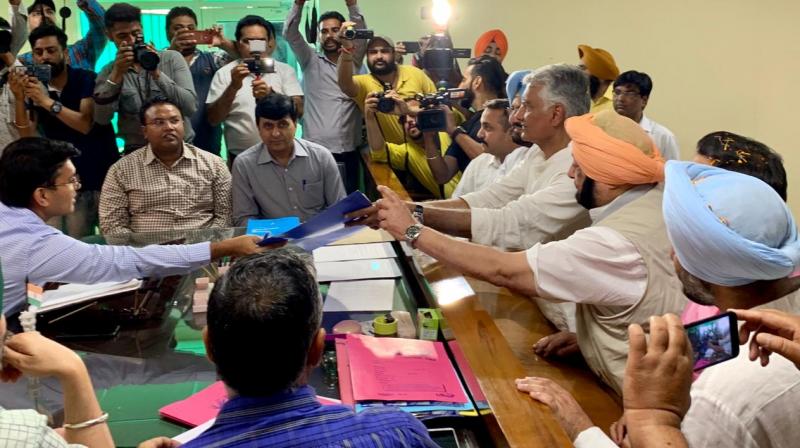 Gurdaspur, April 26: Dismissing the possibility of any threat to Sunil Jakhar from the BJP candidate in the fray in Gurdaspur, Punjab Chief Minister Captain Amarinder Singh on Friday said Sunny Deol was just a `filmi fauji’ with no ground support in the constituency. Talking to mediapersons here after accompanying Jakhar for filing his nomination papers as the Congress candidate from Gurdaspur, Captain Amarinder quipped, in response to a question, “He (Sunny Deol) is a filmy fauji, while I am a real fauji.”  We will defeat him, he is no threat to Sunil or the Congress, he declared.

Describing Sunny Deol as an ageing actor whose acting career was over, Captain Amarinder said “he (Sunny) will come and go.” Sunny might have played 23 Punjab’s Brigadier Kuldip Singh Chandpuri in Border but that does not make him a real fauji, said the Chief Minister. When a journalist pointed out that Sunny Deol’s latest movie `Blank’ was set for release, Captain Amarinder further retorted: “He will draw a blank (in the elections).” 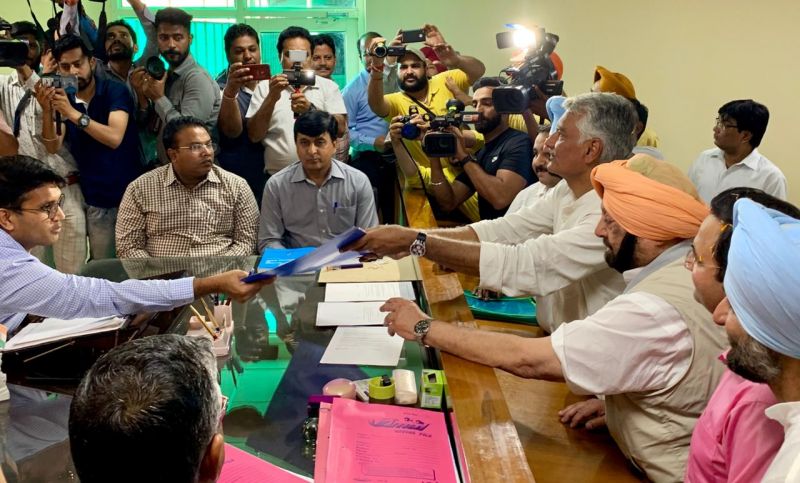 Expressing confidence that the Congress will win all the 13 seats in the state including Gurdaspur, the Chief Minister reiterated that he will go all out to ensure the complete route of SAD president Sukhbir Singh Badal and his wife Harsimrat Badal in these Lok Sabha elections. Captain Amarinder said he had gone through Punjab and the mood across the state was upbeat, and totally in favour of the Congress. There was absolutely no competition to the party, he asserted, in response to a question.

Asked to clarify on the Congress high command’s decision to pin responsibility on ministers and MLAs for the electoral performance of the party candidates in these elections, the Chief Minister said it had been decided to hold ministers and MLAs responsible for victory or defeat of Congress candidates in their respective constituencies. If a minister is unable to ensure victory, he will be dropped, and MLAs who fail to deliver will not get the ticket next time, he explained, underscoring the new performance-led culture in the party.