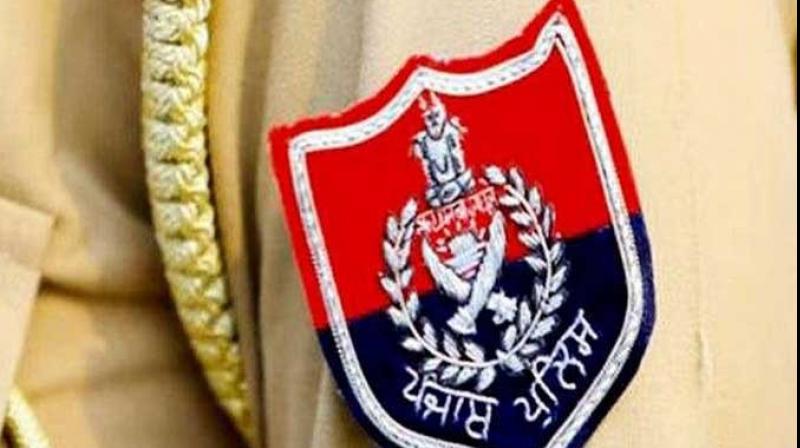 Chandigarh : Notching another major success against Pakistan-sponsored narco-terrorism networks in the country, the Punjab Police on Saturday morning arrested Ranjeet Singh alias Rana alias  Cheeta, a big fish in the ISI-controlled network, with links to Hizbul Mujahideen commander Naikoo who was killed by security forces in Kashmir recently.

With more than 10 criminal cases against him, Ranjeet was one of the a key links in the network engaged in smuggling of large number of composite consignments of drugs and illegal weapons through the Indo-Pak border through the legal land route of ICP Attari and also across the border fencing on Indo-Pak border in Punjab and J&K. He was also wanted for bringing in 532 kg of heroin and 52 kg of mixed narcotics, worth over Rs 2700 crores, from Pakistan in a consignment of 600 bags of rock salt, through Integrated Check Post, Attari (Amritsar) on 29th June, 2019. 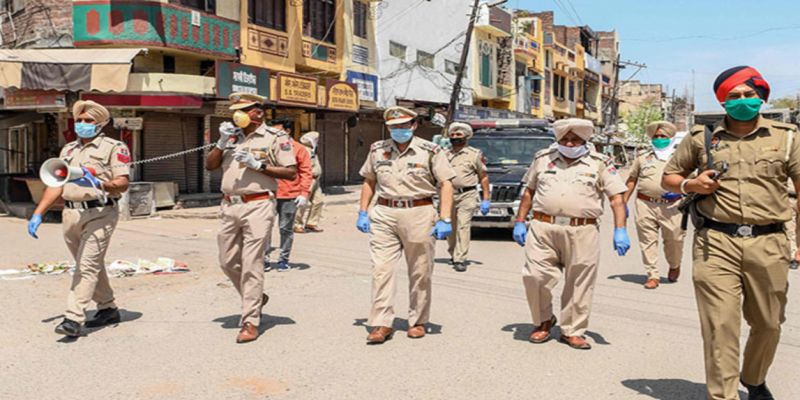 Punjab PoliceIn the June 2019 operation, the Customs Department, Amritsar, had seized one of the biggest hauls of 532 Kgs of suspected heroin and 52 Kgs of suspected mixed Narcotics at ICP, Amritsar and apprehended 2 persons, Tariq Ahmed Lone r/o Handwara, J&K and Gurpinder Singh r/o Amritsar. The consignment was hidden under bags of salt in the truck which had come from Pakistan.

Announcing Ranjeet’s arrest, along with that of his brother Gagandeep alias  Bhola, from Begu village in Sirsa, Haryana, Chief Minister Captain Amarinder Singh lauded the Punjab Police for their aggressive operations against terrorists and drug smugglers despite their pre-occupation with the enforcement of curfew and other measures to contain the spread of Covid. 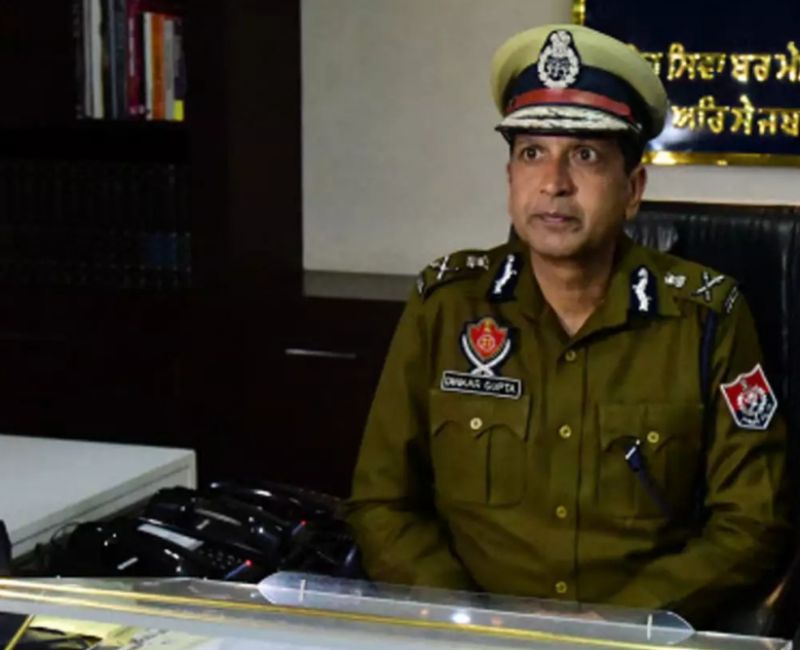 DGP Dinkar GuptaCaptain Amarinder also congratulated the police force, led by DGP Dinkar Gupta, for the arrest of Hilal Ahmed Wagay, an overground worker of the banned Hizbul Mujahideen. It is notable that the inputs shared by Punjab Police are learnt to have played a significant role in the operations by J&K Police against Riaz Ahmed Naikoo, the Hizbul Muhajideen Commander in the Valley. Two more Hizbul operatives were later, on May 5, arrested by Punjab Police from Amrtisar.

Following Hilal’s arrest, the Chief Minister said, adding that the Punjab Police had shared Hilal’s disclosures with the central government and its agencies. During the course of investigations, CCTV footage of a large number of CCTV camera points on the possible route was gathered and examined followed by technical analysis, which led to the apprehension of one Bikram Singh alias Vicky and his brother Maninder Singh alias Mani, with 1 kg of heroin and Rs 32.25 lakh currency, on May 5, 2020.

Bikram alias Vicky, and his brother Maninder Singh alias  Mani who were arrested from Amritsar on 5th May 2020 made certain disclosures about the activities of Ranjit alias Cheeta and his brother Sarwan alias  Polu. Further analysis of data, alongwith NIA, led to the identification of Ranjeet’s Sirsa location, and subsequently, in coordination with Haryana Police, the hideout was busted and he was caught with his brother in the wee hours of today, said the Chief Minister.

According to the Chief Minister, Ranjeet Cheeta was one of the most active nodes of the extensive and common network of drug smugglers/couriers set up by the Pak ISI to push in composite consignments of drugs, weapons, FICN from Pakistan into Punjab through various means, including drones. He had been convicted in 2008, 2009, 2011 etc. for heroin smuggling. He was awarded 12 years rigorous imprisonment for smuggling of 5 kg heroin, but was acquitted by the Supreme Court in March 2018 by giving him benefit of doubt.

The arrest of Ranjeet, one of the most active drug smugglers of the country, and his brother today morning, marked the first time the police had been able to unravel international drug networks on such a massive scale, to expose a major racket of narco-proceeds being routed to terrorist outfits operating in J&K valley, Punjab and other parts of the country, said the Chief Minister, recalling his promise to the people of Punjab, since taking over the government’s reins in March 2017, that he would go after the 'big fish' involved in the drug trade and save the youth of Punjab from the drug trap.

2019 had witnessed record heroin seizures of about 464 kg, which was largest ever for any single year. There had been a steady increase in heroin seizures since his government took, said the Chief Minister, adding that heroin seizures jumped 5 times between 2016 (91 kg) and 2019 (464 kg).

It may be pointed out that Punjab Police had earlier made a major recovery of drugs of over 188 kgs of heroin on 30th January 2020 with the arrest of 6 persons, including an Afghan national named Abdul Basar. A drug factory for preparation /mixing/cutting of drugs, which had been set up in an isolated house in the Sultanwind area of Amritsar, had been busted in this operation.

Giving details of the Sirsa operations, DGP Dinkar Gupta said he spoke to his Haryana counterpart Manoj Yadav at around 9 pm on Friday, and thereafter coordination was established by CP Amritsar with Arun Nehra, IPS, SP Sirsa. A team of Amritsar police comprising of ASP Abhimanyu Rana, IPS,  currently working as SHO Sadar, DCP (D) Amritsar Mukhvinder Singh Bhullar and ADCP(D) Jugraj Singh started for Sirsa on 8 May at 11 pm and reached around 3:30 am, and the outer cordon was setup by 4:30 am.

At the first location, police officials from the first raid team entered the premises but the suspects were not found at the location. At the second location, the compound wall was scaled by ADCP(D) Jugraj Singh and SHO Sadar ASP(UT) Abhimanyu Rana. The door leading to the room was covered by both officers and upon knocking on the door, Ranjit alias  Cheeta opened the door slowly. As soon as he saw the police party he tried to close the gate and grab an axe lying close to his bed but the door was kicked open and Ranjeet was caught by both the officers. His brother Gagandeep Singh was sleeping in the other room and was arrested from there.

Ranjeet Rana has five brothers, and at least 3 of them, including Gagandeep Singh alias Bhola, have cases relating to NDPS, drug smuggling against them. The other two brothers, Balwinder Singh alias  Billa (3 cases of 1994, 2004 & 2019) and Kuldeep Singh (5 cases of 2010 by DRI, 2013, 2014, 2019), also have multiple cases under NDPS Act registered against them by STF, SSOC, DRI Amritsar, said the DGP.

Gupta said Ranjeet Singh Cheeta is one of the ‘biggest fishes’ of the extensive drug & weapon supply network controlled by the Pak’s ISI. He said Pakistan has been relentlessly pushing drugs, explosives, weapons, hand-grenades etc. through the Indo-Pak border in Punjab in an attempt to destroy the state’s youth by promoting narco-terrorism.