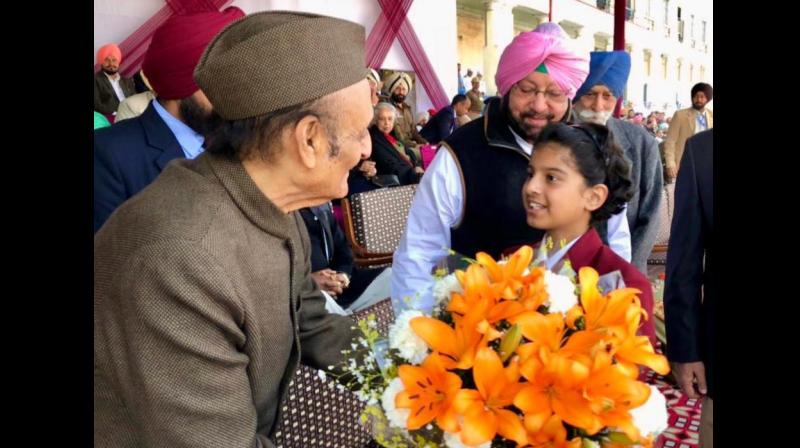 Earlier, the Chief Minister tweeted to Dr. Karan Singh on this joyous occasion, "You have been an inspiration for all of us and may God bless you with many more years of good health and happiness".

Happy 90th Birthday to Dr. Karan Singh Ji. You have been an inspiration for all of us and may God bless you with many more years of good health & happiness. pic.twitter.com/zDKKZ1X01f

It may be recalled that Maharaja Dr. Karan Singh- a multifaceted personality is a legendary figure in Indian politics, philanthropist and poet. Captain Amarinder Singh has a close family ties with him as Dr. Karan Singh’s granddaughter Mrigyanka Singh is married to former’s grandson Nirvan Singh.

Son of the late Maharaja Hari Singh, last ruler of the erstwhile princely state of Jammu & Kashmir, Dr. Karan Singh, as a teenager, worked closely with Jawaharlal Nehru and Sardar Patel from 1947 during the founding of the Republic of India, and in 1967 became the youngest ever union cabinet minister in the government of Smt. Indira Gandhi. He was the Prince regent of Jammu and Kashmir until 1952. Following which at age 21 years old, Karan Singh served as the first Head of State of Jammu and Kashmir from 1952 to 1965.