Not farmers, but PM himself has been misled on farm laws: Bhagwant Mann 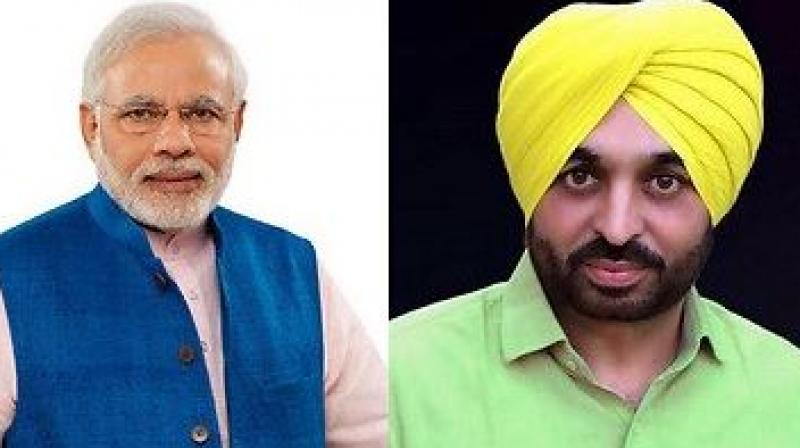 Chandigarh: Aam Aadmi Party (AAP) Punjab state president and Sangrur MP Bhagwant Mann on Tuesday said that Prime Minister Narendra Modi was being misled on the draconian farm laws, and not the farmers, saying the government led by him was hell-bent on sacrificing the interests of the country's 'Anaandaata' to appease the patronised corporate houses, like Ambanis-Adani. It added that as a result of the anti-farmer move of the Centre, the farmers of the country were forced to sit on the national capital's borders, waging a grim battle to save their livelihood. 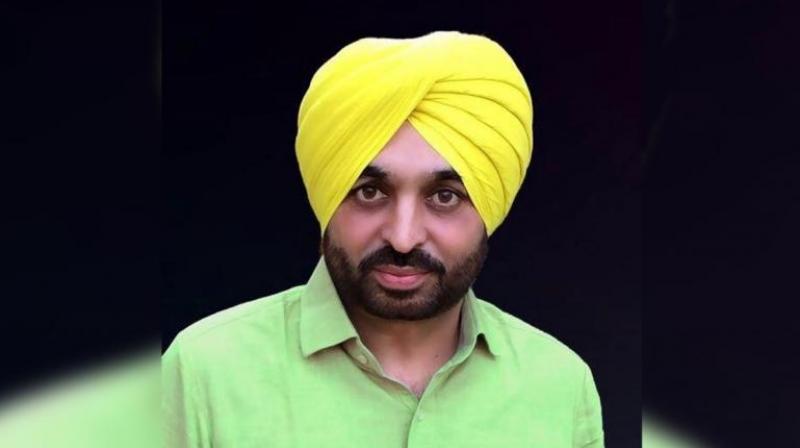 In a statement issued from party headquarters here in Chandigarh on Tuesday, Bhagwant Mann said that the power-drunk Prime Minister had been insensitive to the people of the country, especially Punjab, including farmers, farm hands, traders and others. He said that the rhetoric being chanted by PM Modi that the new agricultural laws were in the larger interest of farmers, adding that were these laws pro-farmer, the agitating farmers would have openly supported them instead of taking the road route.

Reacting to prime minister rhetoric on the central laws being 'revolutionary', Bhagwant Mann said that the Modi government should take a cue from the RSS-affiliated Bhartiya Kisan Sangh, opposing the contentious agricultural laws and its decision to extend its support for the ongoing farmers' movement, adding that the decision would prove to be a Himalayan blunder in the history of farm sector, demanding immediate reversal of the anti-Punjab black laws. 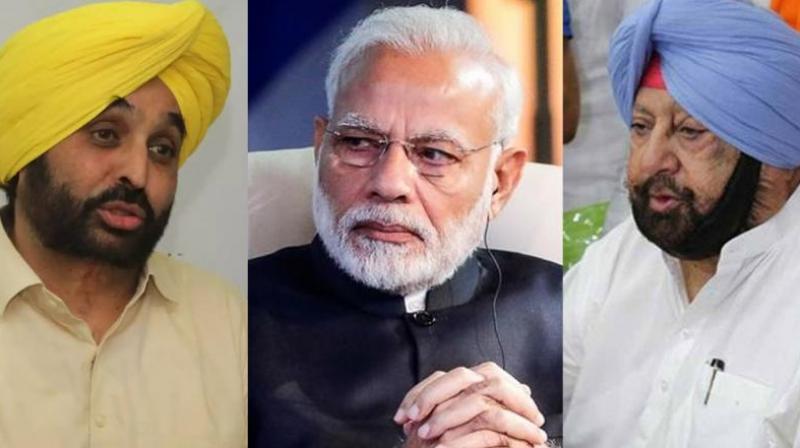 Bhagwant Mann, Narendra Modi and Captain Amarinder SinghMann added that the government at the centre was perturbed over the success of the farmers' movement, saying that it was taking anti-people decisions, one after the other. The AAP MP added that during the peak season of cotton crop, imposing cut on the MSP was a lopsided and anti-farmer decision of the government, saying that, instead of thrashing out a lasting solution to the issue, the government was imposing heavy fines, adding that jail terms on straw burning were the recent example.

Bhagwant Mann said that while on the one hand the beleaguered farmers were fighting for government purchase of all crops, including cotton, at MSP and reversal of the contentious farm laws, the union government was turning vindictive towards the cause, adding that in the Malwa mandis, farmers were forced to sell their produce much below the MSP.

He said that Prime Minister Modi, who listens to the people across the country through 'Mann Ki Baat', was not realising the trauma farmers were undergoing at present, fighting for their rights away from their homes amid the freezing weather conditions. The AAP MP added that there was not a single farmers' organization in the country which had not come in support of the Union Agriculture marketing laws. 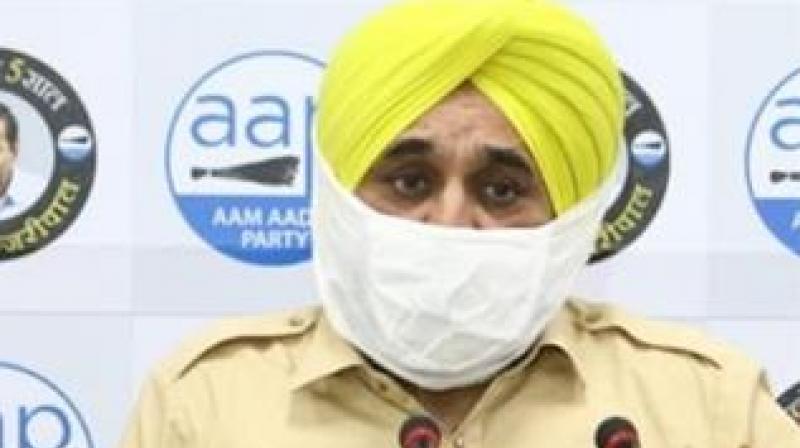 Mann accused the government at the Centre of handing over the age-old 'mandikaran' system of Punjab and Haryana, known as the best across the country, was being dismantled, saying it would render the farmers fully dependant on high and the mighty corporate houses, as their UP and Bihar counterparts.