AICC General Secretary, in-charge of Punjab affairs, Harish Rawat, announced about the meeting to be held on 18th September, Saturday. 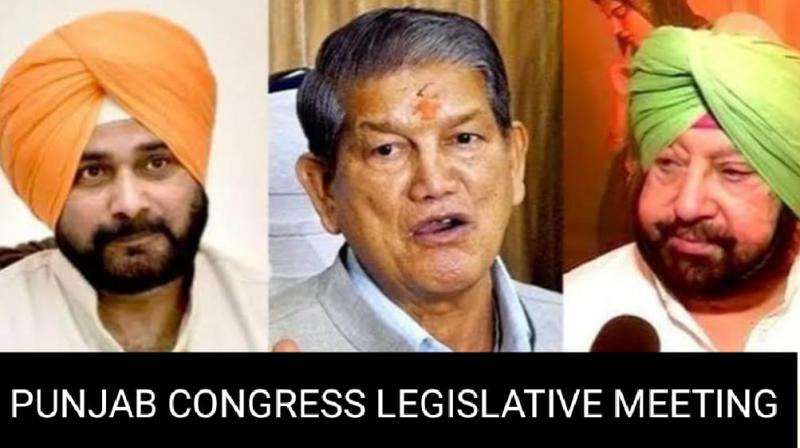 AICC called for the Legislative Party meeting on 18th September.

Chandigarh: All India Congress Committee (AICC) General Secretary and in-charge of Punjab affairs, Harish Rawat, announced on Friday night about the meeting to be held on 18th September, Saturday. 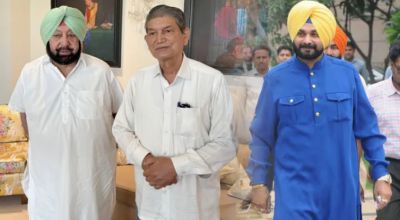 " The AICC has received a representation from a large number of MLAs from the Congress party, requesting to immediately convene a meeting of the Congress Legislative Party of Punjab. Accordingly, a meeting of the CLP has been convened at 5:00 PM on 18th September at Punjab Pradesh Congress Committee office," he tweeted. 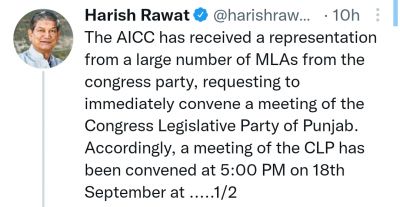 He even tweeted that, "Punjab Pradesh Congress Committee office. AICC directs the PPCC to Facilitate this meeting. All congress MLAs of Punjab are requested to kindly attend this meeting." 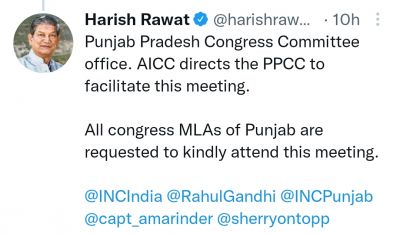 All about this meeting, Punjab Congress Chief Navjot Singh Sidhu also tweeted about the meeting, " As per the AICC directive, Congress Legislative Party meeting has been convened at @INCPunjab PPCC Office, Chandigarh on 18 September 2021 (Saturday) 5 PM."

Last month the party legislators questioned CM Amarinder Singh's faith to fulfill the needs of the people. This rift was going on since then, that's the reason why AICC called for the Legislative Party meeting on 18th September.