No moral right to continue as CM: Priyanka Gandhi to Adityanath after Hathras gang-rape 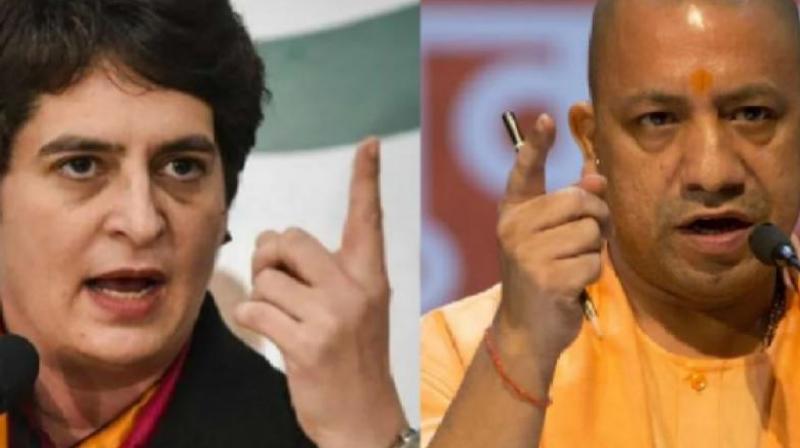 New Delhi: Congress leader Priyanka Gandhi Vadra on Wednesday demanded Uttar Pradesh Chief Minister Yogi Adityanath's resignation and said he has "no moral right" to continue in the post following allegations by the Hathras gang-rape victim's kin that police forced them to conduct her last rites.

The 19-year-old Dalit woman, who died in a Delhi hospital a fortnight after she was gang-raped in Uttar Pradesh's Hathras, was cremated in the early hours of Wednesday.

In a series of tweets, Priyanka Gandhi, said, "I was on phone with the Hathras victim's father when he was informed that his daughter had passed away. I heard him cry out in despair."

"He had just been telling me that all he wanted was justice for his child. Last night the victim's father was robbed of the chance to take his daughter home for the last time and perform her last rites," she said.

Tagging Adityanath in a tweet, Priyanka Gandhi said, "RESIGN. Instead of protecting the victim and her family, your government became complicit in depriving her of every single human right, even in death. You have no moral right to continue as chief minister."

In another tweet in Hindi, she alleged that at 2:30 am on Wednesday the victim's kin kept requesting, but the Uttar Pradesh administration "forcibly" cremated the woman.

Tagging Adityanath in a tweet and asking him to resign, Priyanka Gandhi said, "There is no justice in your rule, only injustice."