Goa will be made logistics hub of India: Prabhu 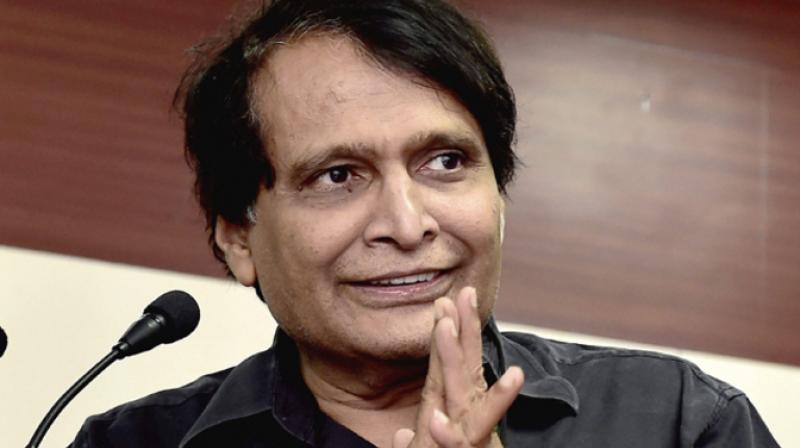 Panaji: Union Commerce and Industry Minister Suresh Prabhu said here today that the government plans to turn Goa into a logistics hub of the country.

"We are going to make Goa the logistics hub of the country. There are four coastal states on the Western coast- Maharashtra, Karnataka, Kerala and Goa. After Mumbai, the biggest airport that is going to come up is in Goa (in Mopa)," he said. The minister was addressing a gathering at the 'Goa Start Up and Innovation Day' organised by the state Information and Technology Department.

He said the existence of two airports in Goa, including the second facility at Mopa, which will be commissioned in 2020, would help position Goa as a logistics hub. According to him, once the Mopa airport is commissioned, it will have the capacity to handle 30 million tourists annually.

"We want to make sure that while it handles the passenger traffic, it also handles the cargo. The government of India is making a cargo policy, wherein the cargo will also drive the country's economy," he said. "Total 40 per cent of the GDP will come from global trading like import and export. We want to make cargo as a major driver (of the economy)," he said.

The minister said that he has asked the special secretary in-charge of Union Environment Ministry to visit Goa in the next few days to prepare a concrete plan for the logistics hub.

The Centre and the Goa government must work in tandem to leverage the advantages that the state offers, he said. The existing airport at Dabolim is also getting upgraded with the investment of Rs 500-600 crore, the minister added.