Sporadic incidents of violence were reported from some West Bengal districts when BJP and Trinamool Congress supporters clashed... 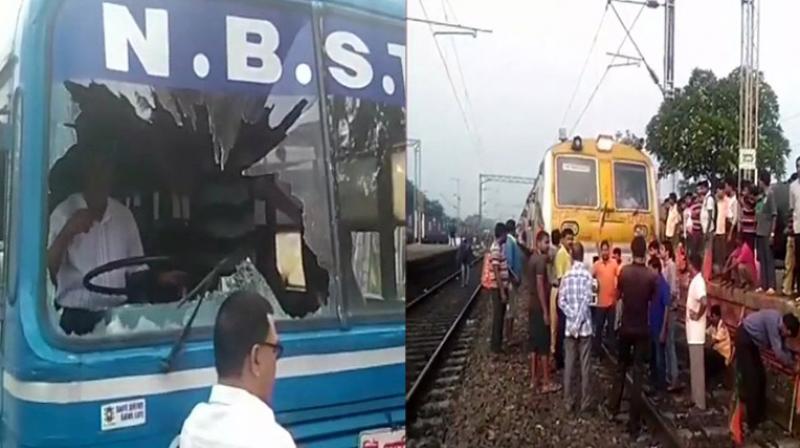 Sporadic incidents of violence were reported from some West Bengal districts when BJP and Trinamool Congress supporters clashed during a 12-hour bandh called by the saffron party Wednesday to protest the killing of two students in a clash in North Dinajpur district, police said. Senior minister and TMC secretary general Partha Chatterjee said the situation was "completely under control" and normal life was "not at all affected". 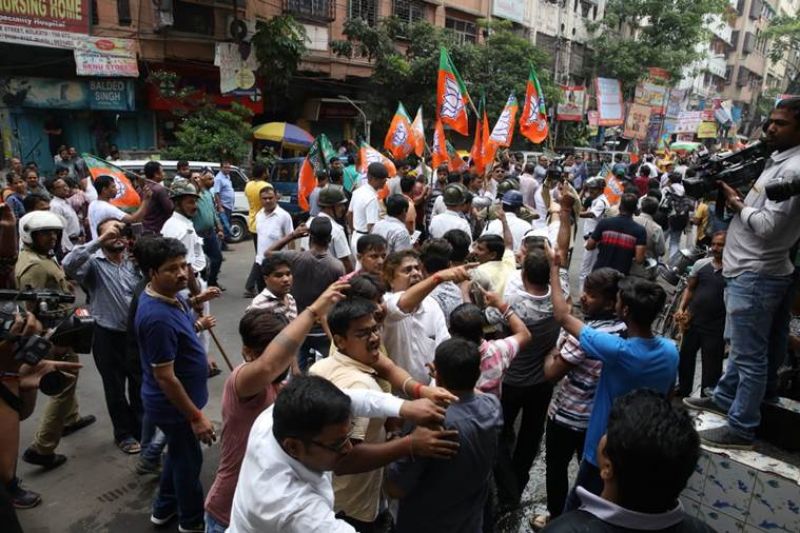 BJP and Trinamool Congress supporters clashed during a 12-hour bandh

Clashes broke out between TMC and BJP supporters in West Midnapore, West Burdwan, South Dinajpur and North Dinajpur districts when rallies taken out by the BJP in support of the bandh came face to face with processions taken out by the TMC denouncing it, the police said. The crowd was later dispersed and the situation brought under control, a police official said. Stones were pelted at buses and tyres were set afire on roads to stop the traffic in Midanpore district, said a district police official.

A huge police contingent was rushed to the spot to bring the situation under control, the official said. Rallies were taken out BJP leaders in Kolkata in support of the bandh. Senior TMC leaders and ministers were seen on the streets trying to ensure that the life remained normal and the common people did not face any problem. Stone pelting incidents were reported in Shyambazar and Sealdah areas in the metropolis. 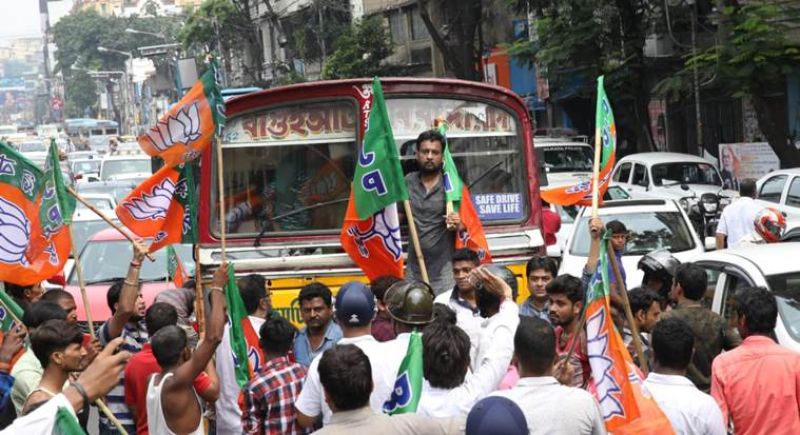 Rallies were taken out BJP leaders in Kolkata

"The BJP has been trying to foment trouble in some areas and instil a sense of fear among the people. But the situation is completely under control and normal life has not at all been affected. We are monitoring the situation," senior minister and TMC leader Partha Chatterjee said. BJP leader and MP Roopa Ganguly took out a rally in Gariahat area in support of the strike and accused the TMC government for "trying to stiffle dissent" in the state.

Train services were disrupted for some time at a few stations under Eastern Railway and South Eastern Railway in the state. No untoward incident was, however, reported during the blockades put up by bandh supporters at the stations, a police official said. Transport services were normal in the city though bus drivers were seen wearing helmets. Bandh supporters had squatted on the tracks at Barasat, Krishnagar and some stations in Sealdah division for 5-10 minutes in the morning, but the blockade has been lifted, an Eastern Railway spokesman said.

At present, train services in the Eastern Railway, including suburban services, are normal, he said. Party workers are staging blockades at Chengail, Andul and Ramrajatala stations in the Howrah-Kharagpur section of South Eastern Railway, affecting suburban train services in the section, SER CPRO Sanjoy Ghosh said. A huge police contingent has been deployed in the city to avoid any untoward incident during the shutdown and no untoward incident has been reported in the metropolis since 6 am, a police official said. 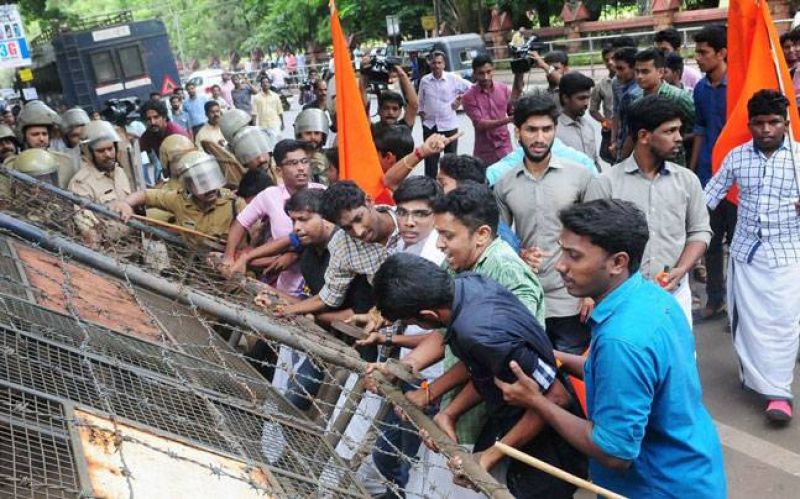 The Bharatiya Janata Party (BJP) called the bandh to protest against the death of two students in a clash with the police on October 20 during a demonstration over recruitment of teachers at Daribhita High School in Islampur area, the police  The protesting students had said they did not require a Urdu teacher and demanded that teachers be recruited for science and other subjects. In Islampur area, BJP supporters squatted on the road to stop traffic movement. Three state-run buses were also damaged.

The state government had issued a notification for its employees asking them to attend office on the bandh day. There will be no holiday on the day before or after the Bangla Bandh. Even a half holiday will not be sanctioned on the day, it said. Commercial establishments, private offices and educational institutions were also asked to function normally on Wednesday.