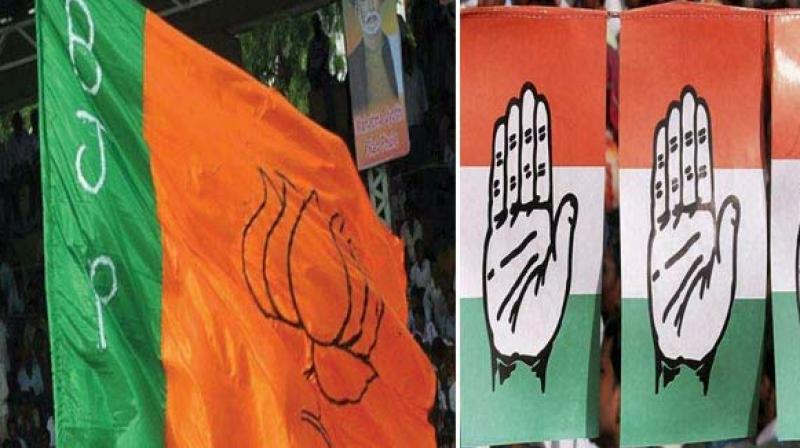 Dehradun, Mar 19 (PTI) With a strong possibility of Congress fielding senior BJP leader BC Khanduri's son Manish from Pauri Garhwal, a Lok Sabha seat currently held by his father, the electoral battle on the high-profile constituency promises to be interesting. Manish Khanduri joined the Congress at Rahul Gandhi's rally here on Saturday, saying he had the blessings of his father, who has decided not to contest the election this time.

Though his candidature was not announced at the rally, political circles here have been abuzz with speculation about the Congress fielding Manish from Pauri Garhwal. If he is fielded by the Congress, which is likely to announce its candidates on the five Lok Sabha seats in Uttarakhand soon, the poll battle on the seat will certainly become interesting.

The main reason for this would be that both Congress and BJP will go to polls hoping to capitalise on senior Khanduri's popularity, Manish for being his son and the BJP for being his party. BC Khanduri may also face the dilemma of whom to campaign for, his son or his party. However, he has distanced himself from the matter by saying joining the Congress was his son's decision and he will remain a dedicated soldier of the BJP.

Whatever the case, both Manish and his opponent from the BJP will try to cash in the popularity of senior Khanduri who has won from the seat several times.

Known for his honesty and military discipline, Maj Gen (retd) Khanduri has earned a lot of respect in Uttarakhand for his work as a central minister and then as its chief minister. He is remembered as the CM during whose tenure Uttarakhand became the first state in the country to introduce the Lokayukta Bill bringing the chief minister under the ambit of the anti-corruption body.
A churning is underway in BJP to find a suitable replacement who could match senior Khanduri's standing.

Considering the large number of service voters in the constituency, someone with a military background could be preferred, party sources said. The names doing the rounds include former principal of Nehru Institute of Mountaineering Col Ajay Kotiyal, who is credited with training local youth in the hills to deal with natural disasters in the wake of the 2013 deluge.

Two other probables are Satpal Maharaj, for his large following, and NSA Ajit Doval's son Shaurya Doval. With March 25 being the last date of filing nominations in Uttarakhand, neither Congress nor BJP have much time to finalise their candidates on the seat.