Five minor boys and five men, allegedly being trafficked, have been rescued from the clutches of two suspected couriers at Rangia railway... 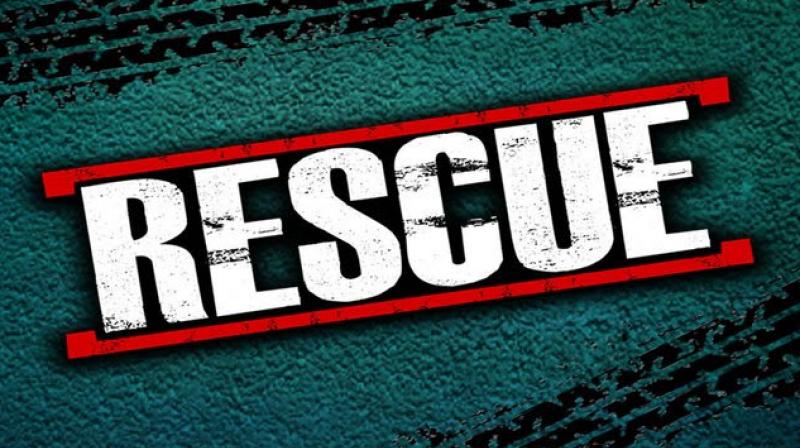 Five minor boys and five men, allegedly being trafficked, have been rescued from the clutches of two suspected couriers at Rangia railway station, an RPF official said. The two men accompanying them have been apprehended, the Railway Protection Force official said. The minors were to board a train for New Jalpaiguri from where they would have been taken to Nepal while the five others, in their early 20's, were being sent to Ludhiana, the RPF official said. Acting on a tip-off, the RPF personnel rescued them from a platform of the Rangia railway station yesterday when they were about to be taken outside the state by the two suspected couriers, RPF officer-in-charge Asoke Das said. The 10 persons, who were allegedly being trafficked were in two groups, Das said.

Das said the minors hail from Bamunigaon village under Chhaygaon police station limits in Kamrup district while the five men were residents of Biswanath Chariali village in Sonitpur district. The two suspected couriers, identified as Rajib Madahi and Hemanta Madahi of Bishnupur Dhanbill village in Baksa district, were apprehended by the RPF. Duplicate copies of Aadhaar Card, driving license, PAN card, ATM card, two mobile handsets, a SIM card of Nepal, besides railway tickets were recovered from their possession. Both the men claimed during interrogation that a man from Chhaygoan had handed over the minor boys to them to be supplied to another person of Jajiyabari village in Nalbari district, who resides in Nepal now, in lieu of commission, Das said. After interrogating them, the RPF handed over the 10 persons and the suspected couriers to the police, he added.