Kerala Congress (M) leader P J Joseph, who is peeved over the party's decision to not field him from the Kottayam Lok Sabha seat 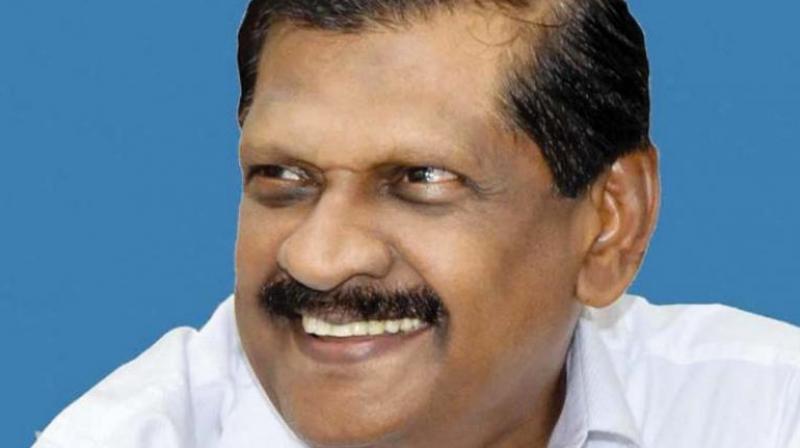 Thiruvananthapuram/Kottayam, Mar 13 (PTI) Kerala Congress (M) leader P J Joseph, who is peeved over the party's decision to not field him from the Kottayam Lok Sabha seat, called on senior Congress leaders Oommen Chandy and Ramesh Chennithala here Wednesday. The meeting came after KC(M) vice chairman Jose K Mani said the party has decided to field ex-MLA Thomas Chazhikadan as the UDF candidate from the seat after consultations with all sections in the party.

Joseph, the working chairman of the KC(M), met Chandy at his residence Wednesday morning and followed it up with a visit to the Leader of Opposition Ramesh Chennithala. The Congress-led opposition United Democratic Front (UDF) has allocated the lone seat of Kottayam to KC(M), turning down the party's demand for two seats. Later, Joseph told reporters here that he had met the UDF leaders and discussed the issue. The leadership would collectively discuss the matter and find a solution, he said.

Kerala Congress (M) chairman KM Mani fielded loyalist Chazhikadan from the Kottayam parliamentary constituency, turning down Joseph's wish to contest from the prestigious seat. Making it clear that the party would not be cowed down by pressure from Joseph, KM Mani's son and Rajya Sabha MP Jose Mani said the party had selected Chazhikadan in a "democratic manner." There is nothing unusual in Joseph meeting UDF leaders, he told reporters in Kottayam.

A powerful faction led by Joseph, who represents Thodupuzha in the Kerala assembly, had opposed KM Mani's decision to field Chazhikadan from the seat, saying it was taken undermining the general sentiments of the Kerala Congress (M) workers. Two Joseph loyalists have quit their party posts, alleging that Mani fielded "a weak candidate to ensure the victory of CPI(M) candidate from Kottayam, V N Vasavan.

The seat was lying vacant since Jose K Mani, who had won from the constituency in 2014, resigned in June last year after he was nominated to the Upper House. Former Union minister, P C Thomas, leader of another faction of the Kerala Congress, which is part of NDA, is likely to be the BJP candidate from Kottayam.