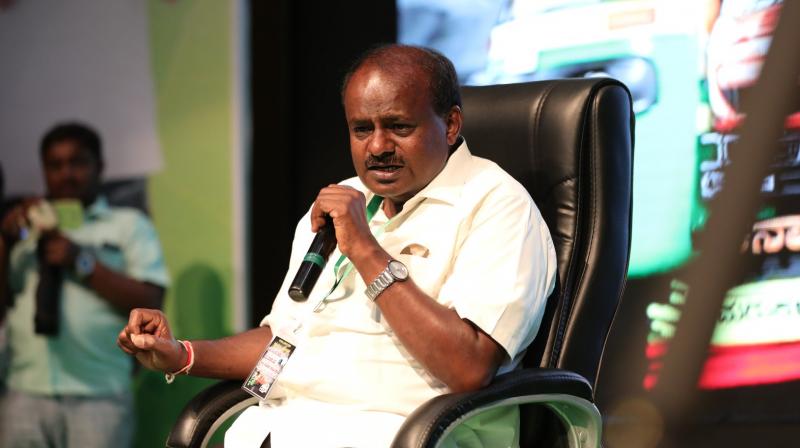 Bengaluru, Feb 11 (PTI) Karnataka Chief Minister H D Kumaraswamy Monday announced a comprehensive SIT probe to "bring out the truth" after an audio clip he released showed state BJP chief B S Yeddyurappa in a purported conversation to lure a JD (S) MLA. Kumaraswamy made the announcement in the state assembly after Speaker Ramesh Kumar suggested a special investigation team probe the episode to "establish the truth" as his name has also been dragged into the row.

"Constitute an SIT to establish the truth. Give me relief in 15 days," a visibly anguished Kumar said, urging Kumaraswamy, after all members said the speaker was known for his integrity and dignity of his office should be protected. Kumaraswamy said he was also "pained" at the charge against the speaker and accepted his suggestion to form an SIT. "I seek your permission to form the SIT for a comprehensive probe to bring out the truth," he told the speaker.

BJP members said the probe should be limited to the charge against the speaker as otherwise they had no trust in the government which was likely to misuse the SIT. The speaker told Kumaraswamy that "this (SIT) should not lead to a witch-hunt. The probe should be only to establish the truth." The political war over charges of horse-trading had escalated in Karnataka Friday with Kumaraswamy releasing an audio clip in which Yeddyurappa is purportedly trying to lure a JD(S) MLA for destabilising the coalition government.

Kumaraswamy had said that during the purported conversation Yeddyurappa had also spoken about a "Rs 50 crore offer to book" the assembly speaker to give a ruling in favour of MLAs who might resign to help the BJP. Yeddyurappa had said he would retire from politics "if it (the allegation) is proved. If I had spoken like this (about the speaker), if it is proved, I will resign as an MLA and quit politics," he had said.