The strategic Jammu-Srinagar national highway remained closed for the fourth consecutive day on Saturday as efforts were on to restore... 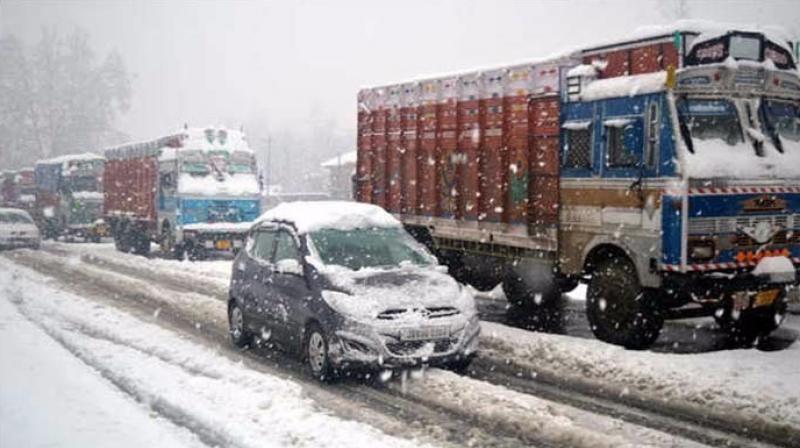 Banihal/Jammu, Feb 9: The strategic Jammu-Srinagar national highway remained closed for the fourth consecutive day on Saturday as efforts were on to restore the only all-weather road connecting Kashmir with the rest of the country, officials said. Men and machinery are on the job to clear the landslides which had blocked the 270-km highway at nearly a dozen places between Ramban and Banihal, while the snow clearance operation around Jawahar Tunnel in Kulgam district is also going on at war footing, Inspector General of Police (Traffic) Alok Kumar told PTI.

"Efforts are on to restore the highway as soon as possible," he said.  A traffic department official said major landslides had struck the highway at Peeda, Sherbibi, Digdole, Maroog, Anokhifall, Panthiyal, Nashri, Khuni Nallah and Gangrasoo over the past couple of days due to incessant rains.  He said fresh landslides and shooting of stones from the hillock overlooking the highway were hampering the road clearance operation. 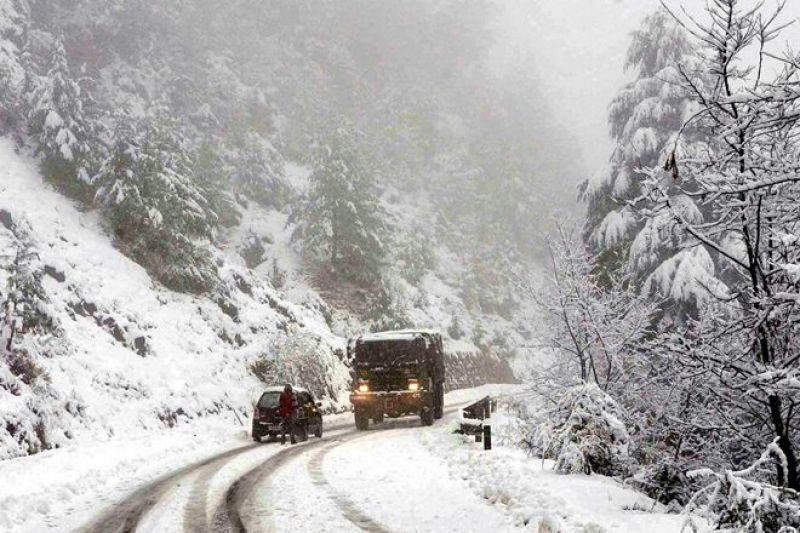 Highway was closed for traffic

The highway was closed for traffic on Wednesday after heavy snowfall and rains lashed the area.  Snow from Banihal to Shaitani Nallah was cleared but the road is slippery and not trafficable, the official said, adding the snow clearance operation from Jawahar Tunnel to Qazigund was on. The night temperature across Jammu region plummeted owing to clear skies with snow-bound Bhadarwah in Doda district recording the lowest temperature at minus 4.4 degrees Celsius.

Jammu city recorded a minimum of 4.0 degrees Celsius against the previous night's 6.1 degrees Celsius, the weatherman said, adding the night temperature in the city was 5.5 degrees below normal during this part of the season.  However, the early morning sun provided relief to the denizens from the cold conditions. 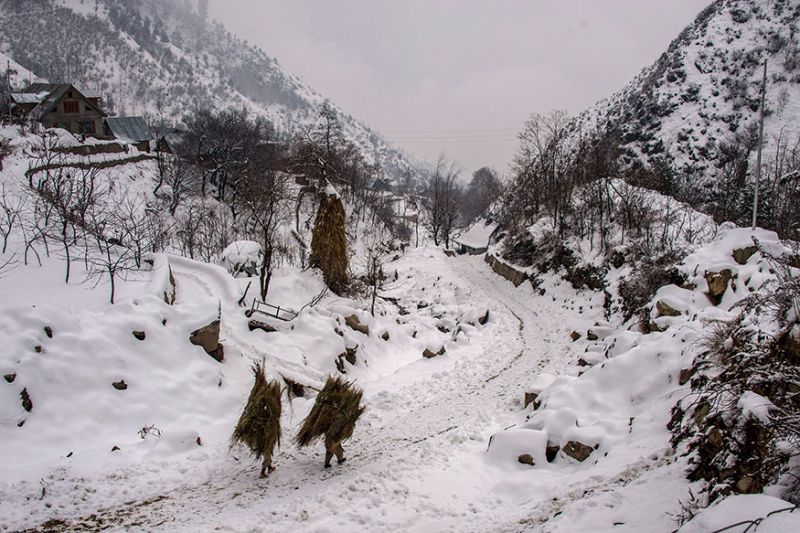 Snowfall and rains lashed the area

Batote town along the highway also reeled under sub-zero temperature with a low of minus 1.6 degrees Celsius, while nearby Banihal town recorded a low of 1.4 degrees Celsius, the spokesman said.  He said Katra town, the base camp for the pilgrims visiting the famous Vaishno Devi shrine in Reasi district, recorded a minimum of 4.8 degrees Celsius.