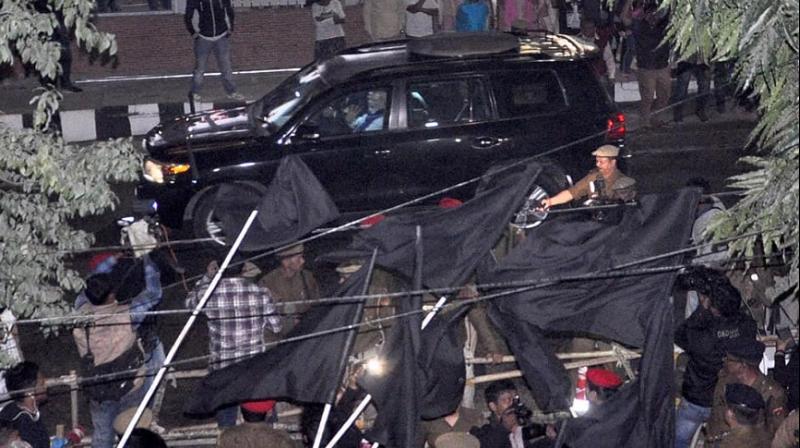 Guwahati, Feb 9: Prime Minister Narendra Modi was shown black flags in at least two places here on Saturday for the second consecutive day over the contentious Citizenship (Amendment) Bill. Modi, who was on his way to the airport from the Raj Bhawan here, was shown black flags by protesters belonging to the Asom Jatiyatabadi Yuva Chhatra Parishad (AJYCP) at Machkhowa area.

Minutes later, a group of students showed black flags to the prime minister when his huge convoy was passing through the Gauhati University at Jalukbari area. Members of both the groups were detained, police said. On Friday evening, Modi was shown black flags in at least four different locations as soon as he landed in Guwahati and was travelling from the airport to the Raj Bhawan to spend the night. 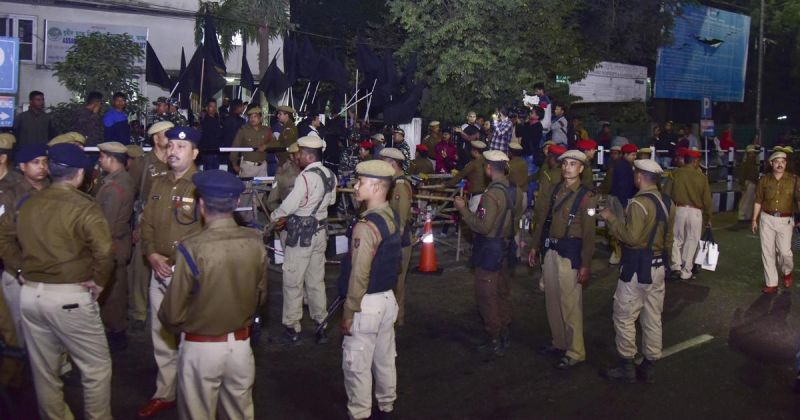 While hundreds of Gauhati University students waved black flags at Modi in Jalukbari area, activists of the Krishak Mukti Sangram Samiti (KMSS) and AJYCP did the same at Adabari and Fancy Bazar areas. Members of the All Assam Students Union (AASU) were also seen waving black flags to the prime minister and shouting slogans as his convoy crossed the AASU headquarters on the Mahatma Gandhi Road at Uzan Bazar.

The Citizenship (Amendment) Bill seeks to provide Indian citizenship to Hindus, Jains, Christians, Sikhs, Buddhists and Parsis from Bangladesh, Pakistan and Afghanistan after six years of residence in India even if they do not possess any document. The bill was passed by the Lok Sabha during the Winter Session on January 8 and has been awaiting Rajya Sabha nod.