A special coach exclusively for women was introduced in Hyderabad Metro trains today... 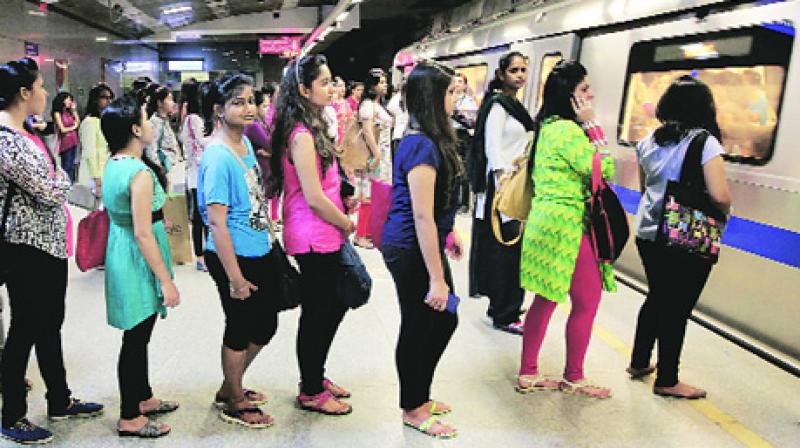 Reddy said Corridor-I (Miyapur to LB Nagar-29km) and then Corridor-III (Nagole to Hitec city-27km) would be completed by July and October respectively. Works were going on in Corridor-II between JBS and MGBS (10 km stretch) and the target is to get the stretch operational by early next year, he said. Reacting to a query, the HMRL MD said once the Electric Vehicle (EV) policy is in place, feeder services by electric vehicles would be introduced. After the frequency of trains was increased, the average ridership has now touched around 70,000 passengers daily on the inaugural route of Miyapur-Ameerpet-Nagole, officials said. L&T Metro Rail (Hyderabad) Limited is building the project across three corridors.