Govt announces steps to check under reporting of TB cases 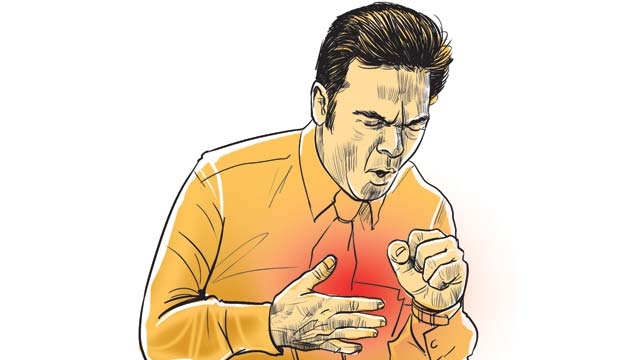 New Delhi: The Union health ministry, which is aiming to eliminate tuberculosis by 2025, has asked private hospitals to notify it all cases of the disease reported in their facilities, a senior official said. The aim is to check under-reporting of tuberculosis, which has been flagged as a major area of concern by UN health agency WHO.

The ministry will also set up two 24X7 call centers in Maharashtra and Uttar Pradesh so that patients can avail all information related to the disease by calling up these toll-free numbers. "The call centres will provide patients with information related to the disease and also answer their queries. It will also help keep a tab on TB patients in the country," the health ministry official said.   The aim is to strengthen the reporting of tuberculosis, so that no case goes unreported, the official said.

"We have held several meetings with the private hospitals and have instructed them to notify all cases of TB in their facilities," he said.   The ministry has also roped in the Indian Medical Association for further sensitization of the health institutions.   According to the health ministry data, the TB incidence was estimated to be 217 per lakh population in 2015 which reduced to 211 per lakh population in 2016.

Despite the reduction, India topped the list of seven countries accounting for 64 percent of the 10.4 million new tuberculosis (TB) cases worldwide in 2016, according to a new global report which was released by the WHO yesterday.   Also, India along with China and Russia accounted for almost of half of the 490,000, multidrug-resistant TB (MDR- TB) cases registered in 2016.

According to the report, under-reporting and underdiagnosis of the TB cases continue to be a challenge, especially in countries with large unregulated private sectors and weak health systems.   Of the estimated 10.4 million new cases globally, only 6.3 million were detected and officially notified in 2016, leaving a gap of 4.1 million.   India, Indonesia and Nigeria accounted for almost half of this global gap, the report stated. PTI