I was never a ladies' man: Ruskin Bond

Legendary author Ruskin Bond, who chose to be a bachelor, says he was never a ladies' man and there was one occasion when he thought... 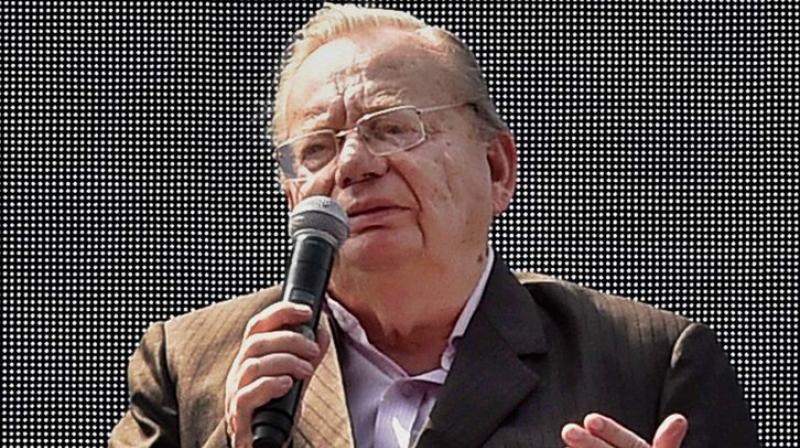 Legendary author Ruskin Bond, who chose to be a bachelor, says he was never a ladies' man and there was one occasion when he thought his neighbour was taking interest in him, only to realise soon all she wanted was a little help with her English grammar and composition. At the age of 22, Bond had to wear glasses as he had some problem with his eyesight. His friends told him that his appearance improved and he now looked more like a writer.

He then remembered celebrated poet Dorothy Parker's words: "Men seldom make passes at girls who wear glasses" and concluded that it was vice versa. "Kamla, the girl next door, was certainly taking an interest in me; but when I got to know her, I discovered that what she really wanted was my help with her English grammar and composition," 84-year-old Bond says.  "I guess I was never really a ladies' man. I was too immersed in my writing to bother much with my clothes or appearance.

Two pairs of trousers and three shirts were the limit of my wardrobe," he writes in his new book "The Beauty of All My Days: A Memoir", published by Penguin Random House India. Bond also regrets that his parents died young after "not a happy marriage". He says his parents' marriage was the outcome of an impulsive love affair; it lasted seven or eight years. "It broke up for various reasons. My father's health suffered and he died before reaching 50. After years of struggle, my mother died in her early fifties," he says.

According to Bond, he inherited nothing of a material nature from his parents but got his father's "intellect" and his mother's "sensuality". And possibly the two combined to turn him into a writer, he says. Each chapter of the memoir is a remembrance of times past, an attempt to resurrect a person or a period or an episode, a reflection on the unpredictability of life. Bond delves into the past to try to understand some of the events that have helped define the sort of person he has become.