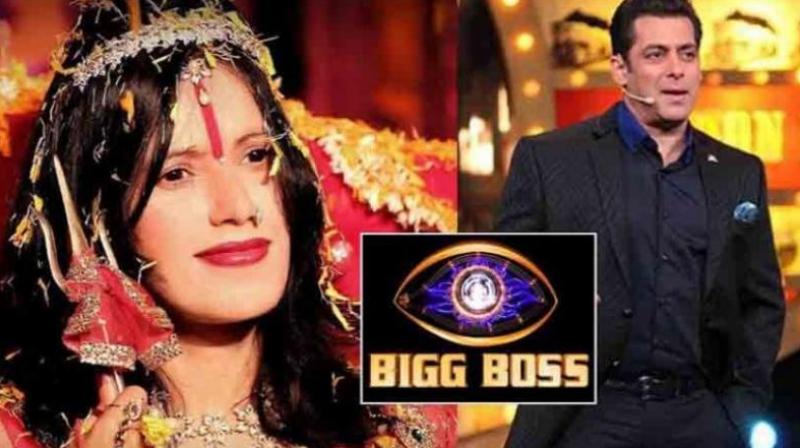 Mumbai: Salman Khan's controversial reality show 'Bigg Boss 14' is round the corner and speculations have been rife over contestants in the house this season.

Colors TV's 'Bigg Boss' returns with season 14 in October and host Salman Khan has already shot several promos for the show. The makers recently shared a video of Khan announcing the premiere date of the reality show, which he has been hosting since its fourth season in 2010. While the details about the new season's theme and contestants are currently under wraps, a leaked promo suggests that controversial spiritual leader Radhe Maa is entering the show.

Radhe Maa, aka Sukhvinder Kaur, started calling herself a godwoman in her 20s. The mother of three is known to bless her devotees by dancing to Hindi movie songs and hugging and kissing them, dressed in what can best be described as bridal clothes.

She always carries a gold trident and is rarely seen without bling and over-the-top make-up. Many of her followers insist she is an embodiment of Goddess Durga and has supernatural powers.

Radhe Maa, who has been accused of hurting religious sentiments, was in news for sitting on an SHO’s chair in a police station, in east Delhi. She has also been accused of dowry harassment by the daughter-in-law of one of her disciples. The woman had said that her husband’s family tortured her on Radhe Maa’s advice.