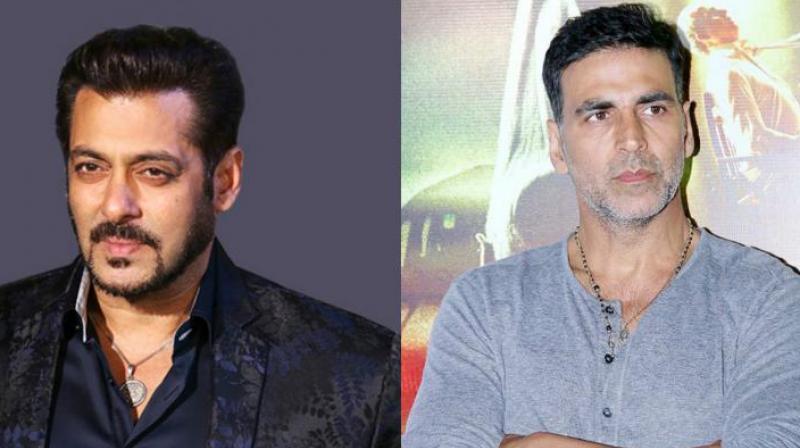 Mumbai, Feb 26: Lata Mangeshkar, Salman Khan and Akshay Kumar are some of the Indian film personalities who hailed the Indian armed forces for carrying out air strikes on terror launch pads in Pakistan on Tuesday. The strike comes amid heightened tension between India and Pakistan following the February 14 suicide attack by Pakistan-based Jaish-e-Mohammad terror group in Kashmir's Pulwama district that killed 40 CRPF soldiers.

The celebrities took to social media to share their reactions. "I have been watching since morning and I'm very happy that our armed forces are so prepared and strong. I always say that India is there because of our armed forces. We live in this country and are very fortunate," Mangeshkar told a news channel.  "Respect @IAF_MCC Indian Air Force... Jai ho !!!," Salman wrote on Twitter. Kumar said he is proud of the Indian Air Force for "destroying terror camps".

"Enter their territory and hit them! Quiet no more! #IndiaStrikesBack," he wrote on Twitter. Ajay Devgn praised the IAF and tweeted "Mess with the best, die like the rest". He tagging Prime Minister Narendra Modi in his tweet. Anupam Kher wrote, "#BharatMataKiJai" and followed it with a reply to Congress president Rahul Gandhi's response to the air strikes, saying "Today will be a good day to start saluting Prime Minister @narendramodi too."

Producer Ekta Kapoor said, "Yay! May the force be with the INDIAN FORCES!" South actor Mahesh Babu? wrote, "Extremely proud of our #IndianAirForce. Salutes to the brave pilots of IAF." "Salute to the #IndianAirForce for their indomitable spirit in keeping our country safe! Let us all pray for their safety. Jai Hind," Dutt wrote. South stars-turned-politicians Rajinikanth and Kamal Haasan also hailed the strikes.

Proud of our #IndianAirForce fighters for destroying terror camps. ???? ??? ?? ???? ! Quiet no more! #IndiaStrikesBack

"You are fighting to protect and save us by destroying and finishing terror camps - Thank You IAF. Jai Hind," Dholakia wrote. Strikes involving several fighter jets of the IAF successfully destroyed camps belonging to Pakistan-based terror outfits in Balakot in Khyber Pakhtunkhwa province.