A part of my heart has gone with u: Kriti Sanon remembers Sushant 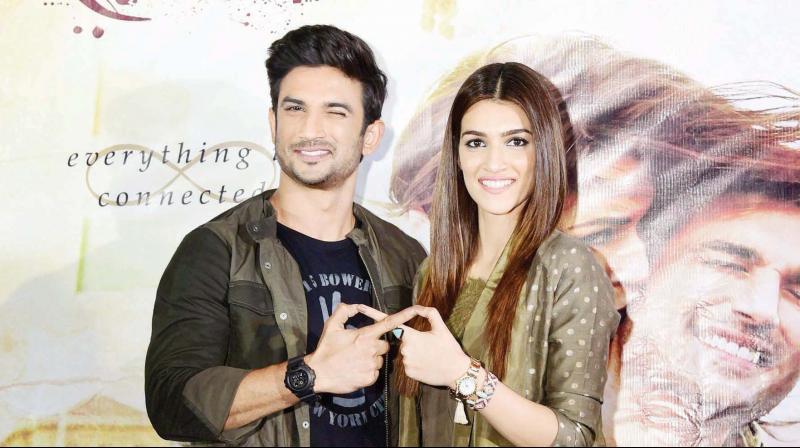 Known for films like "Kai Po Che!", "MS Dhoni: The Untold Story", "Chhichhore", Rajput was found dead at his Bandra apartment on Sunday. 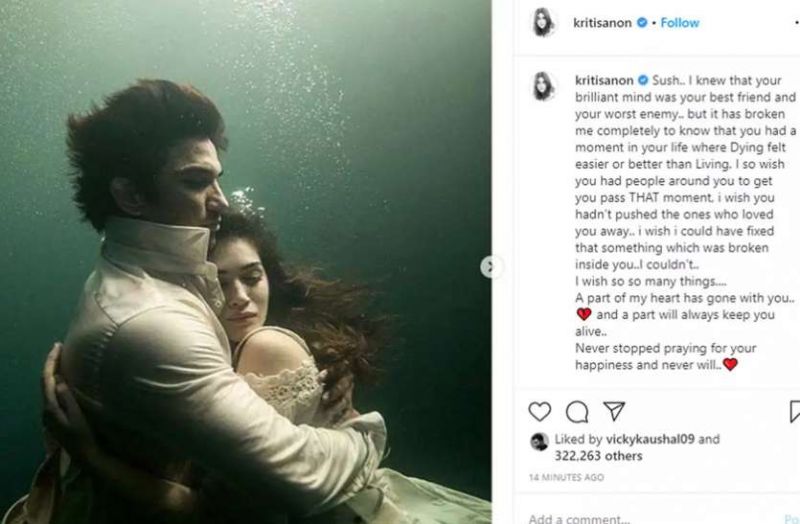 Photo According to a police official, Mumbai Police found out during the probe that the 34-year-old actor was under medication for depression.

In an emotional post, Sanon said she wishes she had a chance to help Rajput sail through that moment which made "dying felt easier or better than living".

"Sush... I knew that your brilliant mind was your best friend and your worst enemy... But it has broken me completely to know that you had a moment in your life where dying felt easier or better than living," she wrote on Instagram alongside her photographs with Rajput. 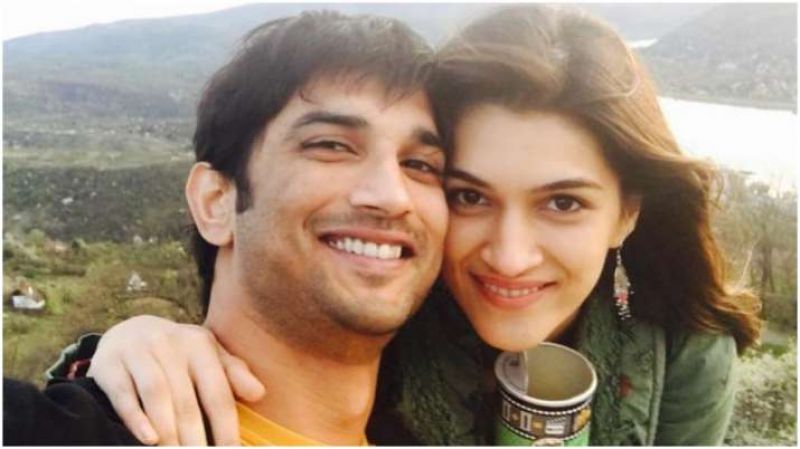 Kriti Sanon and Sushant Singh Rajput"I so wish you had people around you to get you pass THAT moment, I wish you hadn't pushed the ones who loved you away... I wish I could have fixed that something which was broken inside you. I couldn't," Sanon added.

She said she always prayed for his happiness and will continue to do so.

"A part of my heart has gone with you, and a part will always keep you alive..." she said.