KKR won: Reached target in 19.1 overs with Lynn scoring an unbeaten 62 off 52 balls

Opener Chris Lynn anchored his innings to perfection as Kolkata Knight Riders were back to winning ways with a comfortable... 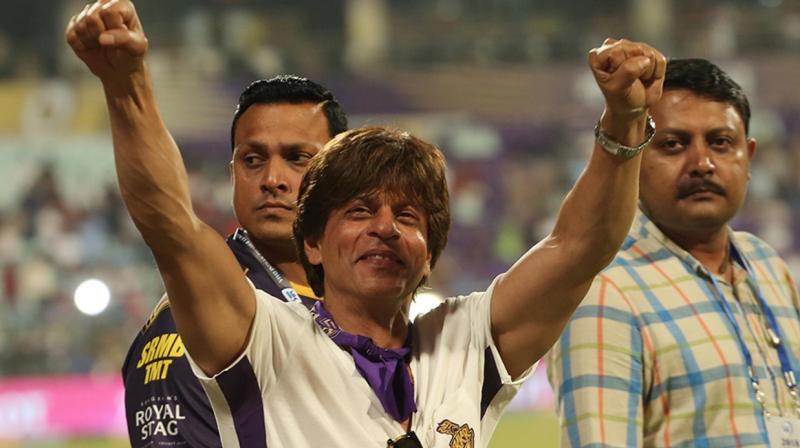 Opener Chris Lynn anchored his innings to perfection as Kolkata Knight Riders were back to winning ways with a comfortable six-wicket win against Royal Challengers Bangalore in an IPL encounter, here tonight. Chasing a sub-par target of 176, KKR reached the target in 19.1 overs with Lynn scoring an unbeaten 62 off 52 balls with seven fours and a six. KKR captain Dinesh Karthik relishing his newfound role as a finisher, played his part with a 10-ball-23 to make it easy in the end. KKR with eight points remained in fourth place while Virat Kohli's men slumped further with their fifth defeat in seven games.  At the onset of the chase, Lynn and Sunil Narine (27 off 19 balls) provided a solid if not spectacular foundation adding 51 runs in the Powerplay overs.  Lynn's straight six off a Umesh Yadav yorker was exhilarating but he was lucky to get the reprieve when he miscued a lofted shot trying to hit Yuzvendra Chahal against the turn but Murugan Ashwin misjudged it completely. Yadav was also hit for a six over long-off by Narine off the very first delivery of his spell. There were a few streaky boundaries hit off Tim Southee as KKR were well above Duckworth-Lewis par-score at 55 for no loss when play was temporarily halted at 6.3 overs. Once the match resumed, Narine was holed out at the long-off boundary off Murugan's bowling.  Robin Uthappa (36 off 21 balls) blazed his way with three fours and three sixes before being caught in deep off Murugan's bowling. Lynn, however, kept playing the sweep shot against spinners with varying degree of success as RCB clawed their way back into the match during the middle overs.  But Lynn kept his composure in the company of skipper Dinesh Karthik to win it for KKR. Earlier, skipper Kohli was once again the stand-out performer with an unbeaten 44-ball-68 as Royal Challengers Bengaluru managed a below-par 175 for 4 in 20 overs. It was a patchy batting performance from the home team and Indian captain's fourth half-century of the season ensured that they had some kind of a total on board. Kohli's innings comprised of five fours and three sixes while Brendon McCullum contributed 38 off 28 balls. Two of the three sixes struck by Kohli was pure delight. Both were hit off Andre Russell. With minimum backlift, Kohli whipped one on the blockhole into the long-on stands while the other was a flick into the deep mid-wicket stand. The final six came off the last delivery of the innings as he dispatched one into the mid-wicket stands. RCB's first 10 overs wasn't as productive as they lost three wickets for 75 runs. It was primarily due to Kohli that they managed another 100 runs in the back-10. The slow start by RCB was one of the reasons for not getting the par-score of 200 as the Powerplay overs produced only 40 runs. Put into bat, openers McCullum and Quinton de Kock (29 off 27 balls) put on 67 runs but consumed eight overs in the process.  The South African 'keeper-batsman was scalped by Kuldeep Yadav with his first ball after the strategic break. De Kock's inside out lofted shot was pouched in the deep by Shubman Gill. RCB lost next two back-to-back wickets in the 10th over when McCullum was caught off Russell and Manan Vohra (0) made a hash of a low full-toss. Mandeep Singh (19) became Russell's third victim. A slower delivery on off-stump, Mandeep swung and did not get the elevation he needed and Shivam Mavi took the catch at deep midwicket. Earlier, Sunil Naraine was greeted by de Kock with two consecutive boundaries of his first over. First, he swept one towards short fine leg and then a cross-batted shot towards deep midwicket fence. De Kock also hit a six off Mitchell Johnson's first over.