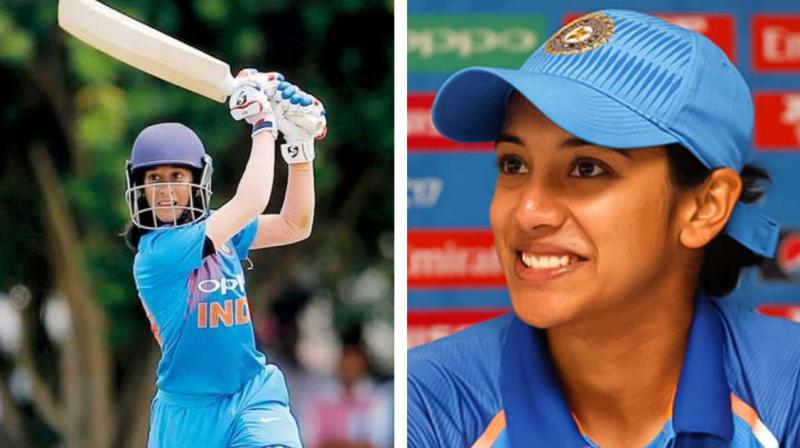 Mandhana, who was the stand-in captain in place of regular skipper Harmanpreet Kaur in the three-match series against England, currently occupies the the third spot in the batting chart with 698 points behind New Zealand's Suzie Bates (767 points) and West Indies' Deandra Dottin (725 points). Young Jemimah Rodrigues continued to sit on the sixth spot while Harmanpreet, who missed the series against England owing to an ankle injury, is ranked 10th.

England's middle-order batter Natalie Sciver and the opening pair of Danielle Wyatt and Tammy Beaumont all made notable gains in the rankings after their consistent performances in a recent 3-0 series win over Sri Lanka. Sciver has moved up one place to 13th spot in the list of batters after unbeaten scores of 49, 10 and 11 during the series.

Among Indian bowlers, Poonam retained her second position behind Australia's Megan Schutt while left-arm spinner Radha Yadav shared the fifth spot with South Africa's Shabnim Ismail. Among England's bowlers, Linsey Smith has moved from 95th to 58th position after taking four wickets in the series, Kate Cross has moved up from 71st to 63rd while Laura Marsh has gone up from 82nd to 64th For Sri Lanka,

Imalka Mendis has moved up 15 places to 94th position and Oshadi Ranasinghe has moved from 172nd to 144th position among batters. Inoshi Fernando has advanced 30 places to 183rd among bowlers. In the ICC Women's T20I Team Rankings, India continue to remain in the fifth spot. Australia lead the table with 283 points followed by England on 278 points. Sri Lanka have lost one point and are now on 205 points but remain in the eighth position while the West Indies are fourth.