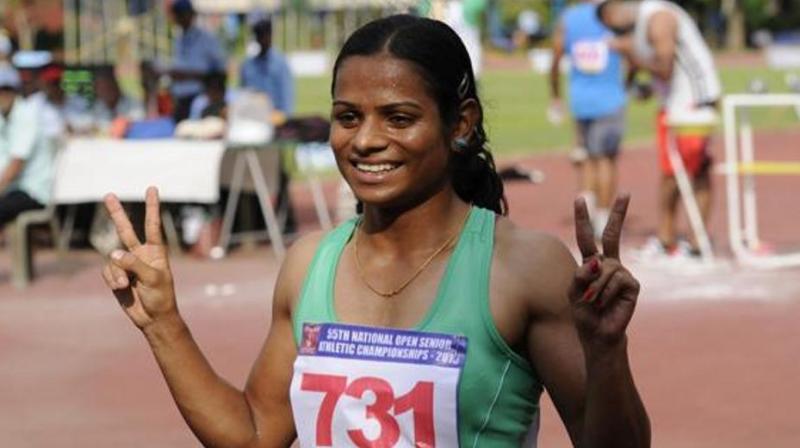 Top Indian sprinter Dutee Chand today smashed her own national record in women's 100m dash on the fourth and final day of the 58th National Inter-State Senior Athletics Championships here to establish herself as a gold medal contender in the upcoming Asian Games. The 22-year-old Dutee, representing Odisha, clocked 11.29 seconds to shave off one-hundredth of a second from her earlier national record of 11.30 as she scorched the track in the semifinals of the event under good conditions in the morning session at the Indira Gandhi Athletics Stadium here. 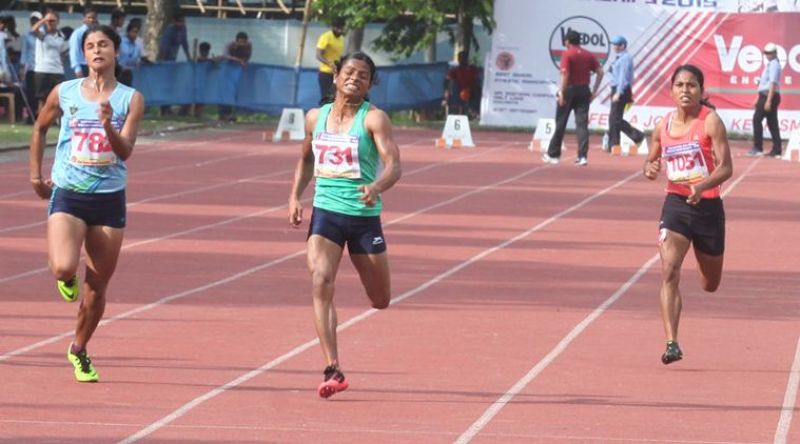 She has already breached the Asian Games qualifying time of 11.67 when she clocked 11.42 in one the heats yesterday. She has also qualified for the Asian Games in 200m though 100m dash is her main event.  The final race of the women's 100m will be held later in the evening. Today's timing has put Dutee on top of the season's list among the Asians and she would go as one of the gold medal contenders in the Asian Games. 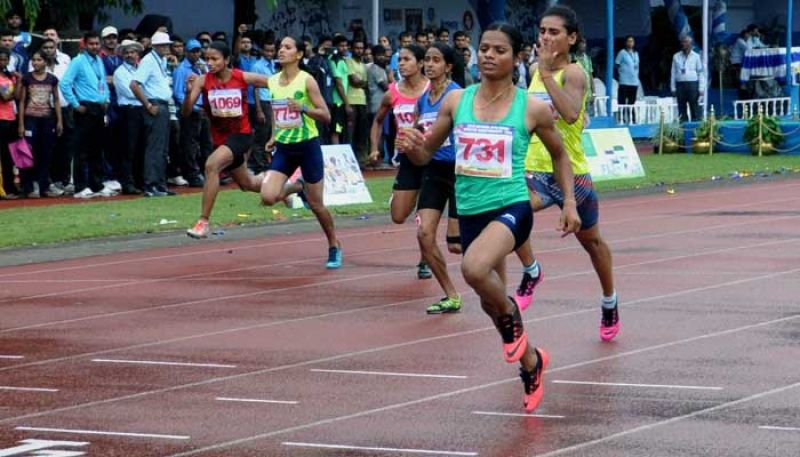 She has already breached the Asian Games qualifying time of 11.67

"The conditions were good and before the race, I and my coach (N Ramesh) decided to go for the national record. I am very happy but I will try to further dip the timing," Dutee said after her race. "In fact, my target in this championship is to run 11:20 and I hope to achieve this. There are still eight weeks to go before the Asian Games and my target in Jakarta is to run below 11:20," said Dutee who currently trains at Gopichand Academy in Hyderabad.

Asked what contributed to this improvement in timing, she said, "I am doing a lot of core training exercises to build and strengthen my body, spending more time in a gym. I am also doing endurance training like repeating 300m, 350m races in a day. Then I also do a repeat of 60m, 70m. The main aim is to add more strength."  Her coach N Ramesh said extra sessions have been added to Dutee's training regime while the dedicated physio and masseur given to her has helped in her performance. 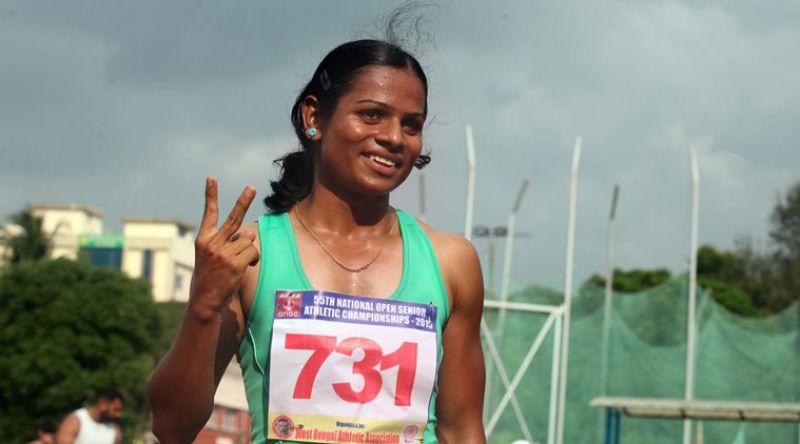 I am very happy but I will try to further dip the timing: Dutee

"We have added an extra hour between 11 am to 12 pm to do core training, pool training etc to strengthen her body. The physio and masseur given for her has also helped in strengthening her body. Her food supplements and drinks are also taken care of. For that, I thanked SAI and Gopichand." Dutee, who had won a 'gender case' against the international federation at the Court of Arbitration for Sports, had run 11.56 in the Federation Cup in March and was not picked in the Indian team for the Gold Coast Commonwealth Games.