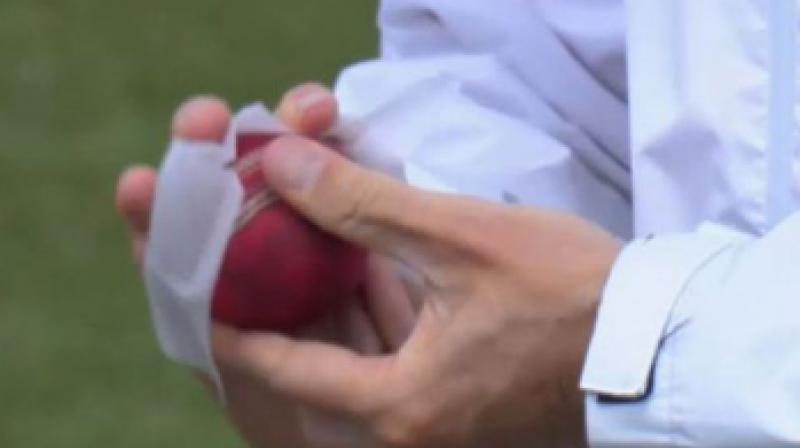 The ICC's new guidelines were put into practice after England's Dom Sibley inadvertently used saliva on the ball, prompting the on-field umpires to disinfect the red cherry during the second Test against West Indies.

This is the first time that umpires intervened for sanitising the ball during an international cricket match since the new Covid-19 guidelines were announced by the ICC. 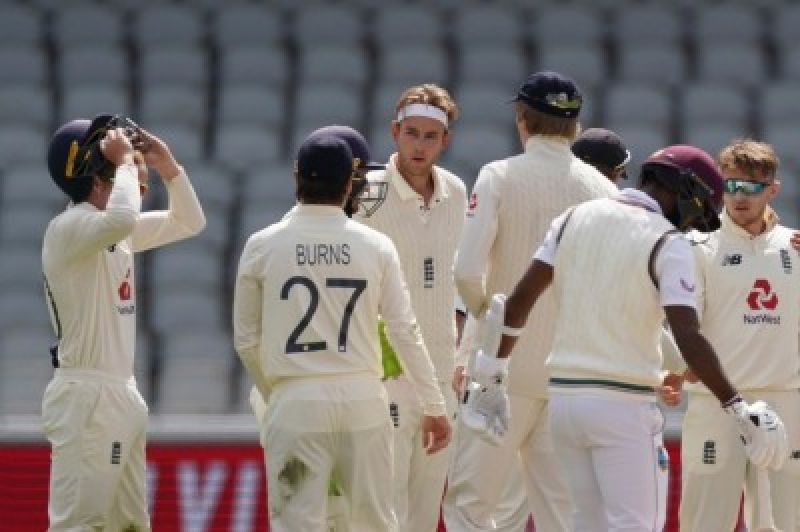 PhotoThe incident happened just before lunch on the fourth day of the match at the Old Trafford.

The on-field umpire Michael Gough was seen rubbing a tissue on both sides of the ball to disinfect it.

The home team brought the matter to the notice of the umpires as soon as Sibley himself admitted to accidentally using saliva on the ball. 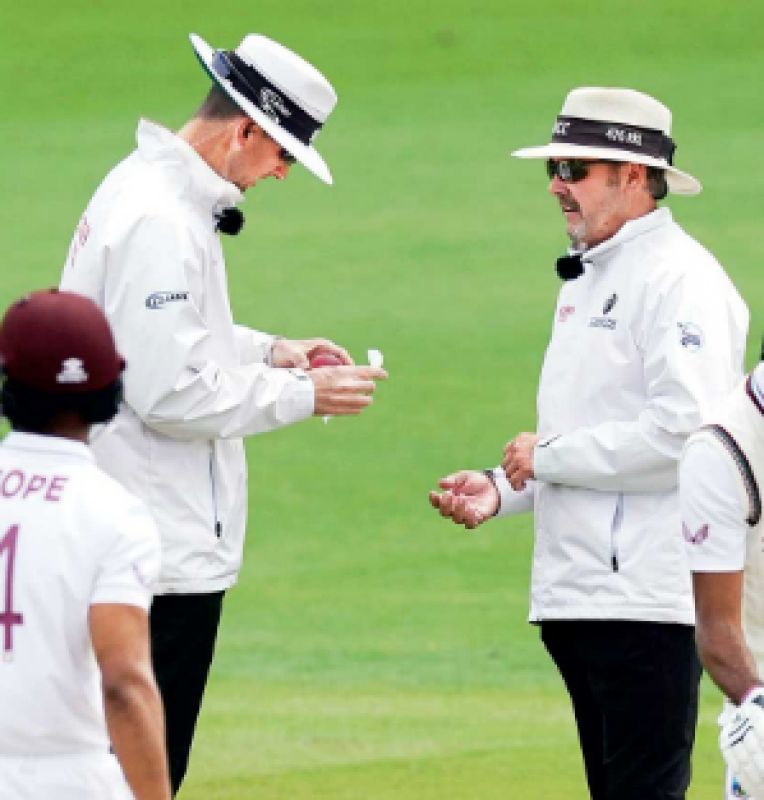 PhotoAccording to the ICC's revised playing conditions, which is being played in a biosecure environment due to the pandemic, only sweat may be used to shine the ball as saliva is considered a potential carrier of the virus.

According to the new rules, the bowling team will get a warning if saliva is used either inadvertently or deliberately to shine the ball. The team will be handed a five-run penalty after two warnings.