This Wall of Caste

This Wall of Caste 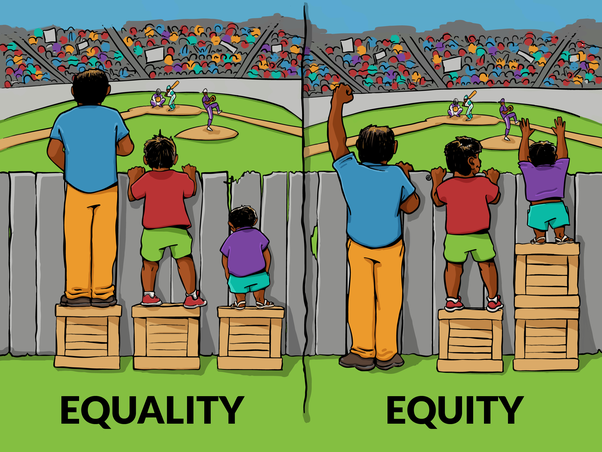 Three thousand years of caste-based discrimination, and sixty years of independence later, the fact that we can still wake up to the news of inhumane cruelty to a person merely because of their caste is a blot on our national conscience.

The story of an eight month pregnant woman, Savitri Devi, being beaten by an upper caste woman and her son for her temerity in accidentally touching the womanâ€™s bucket surely smote at a few hearts. Savitri died, along with her unborn child. Perhaps many of us quickly averted our eyes, not really wanting to face the horrific underbelly of a system we probably believe in ourselves. So many of us do. If not in an outright affirmation of it, we endorse it passively in many mundane ways in daily life. It is hard to face the cruelty that exists within us, personally, and as a society.

For a moment, the news in the paper is shocking. And it is hardest to see it coming from people one sees as â€?one of usâ€?, whatever that might imply. A level of integrity, education, open-mindedness. When a member of the meteorological department, Pune-based Medha Khote, lodged a complaint against her maid for lying to her and posing as a Brahmin to secure the job, disbelief was the reaction. If the scientifically educated and oriented are this caste driven, then what can we expect from the less educated?

But the sad truth is that this happens more often than we might like to admit; many do refuse employment to people because of their caste or religion. What was also shocking was that the police accepted and lodged her FIR. This, in a country where the Article 17 of the Constitution clearly states that you cannot fire an employee for his or her caste. The problem is that caste related discrimination has become such an invisible and integral part of our lives that we might even fail to observe its presence.

We belong to a country where the dirtiest of jobs is reserved for the lowest of the castes, the untouchables. How many of us are aware and care for the fact that the cleaning of our waste is dumped on the shoulders of a caste because they happened to be born into it? Between July and August this year, in our city of Delhi alone, 10 sanitation workers died while on the job of manual scavenging.

According to Ashif Shaikh, who runs a grassroots campaign against manual scavenging, â€?The manual carrying of human faeces is not a form of employment, but an injustice akin to slavery. It is one of the most prominent forms of discrimination against Dalits and it is central to the violation of their human rights.â€? Legislation has not been of much help in this issue. The Employment of Manual Scavengers and Construction of Dry Latrines (Prohibition) Act was enabled in most states by 2000. However, it remains a defunct legislation, with not a single conviction in its twenty years of existence, even as dry latrines continue being constructed and used in gross violation of its provisions.

The Prohibition of Employment as Manual Scavengers and their Rehabilitation Act of 2013 which outlines protective gear for scavengers ironically excludes the definition of manual scavengers and provides the loophole for exploiting lower castes. Can we imagine the state of our cities and towns and homes without these sanitation workers who bear hazardous conditions and disease and death for the puniest of wages? In villages, they are not even paid; leftover food, and the permission to live on the outskirts of the village are deemed enough. Most of them are given no option, being pressured by Panchayats into sticking to the work that is hereditarily assigned to their lot.

Sometimes it seems as though we have turned the lower castes into invisible people. Like extras in a movie, they exist only to serve in the background of our lives. But the Dalit women who are regularly assaulted, raped and killed because they have no one to speak up for them, are real. The Chamars who are shunned by society for the smell they carry for dealing with carcasses and leather-making are real. The sanitation workers who jump into sewage tanks without any protection are real. Those denied access to water from upper caste wells even if they are parched are real. The help for whom we keep separate utensils are real. We had an option when our country gained freedom, to abolish the caste system altogether.

However, Mr Gandhiâ€™s belief in the caste system clashed with Dr Ambedkarâ€™s, creating an ambiguity about a subject that might otherwise have been dealt with differently, assuring equality to an entire community that has seem suppression and little else. In his journal, Young India, in 1921, Mr Gandhi wrote, â€?I am inclined to think that the law of heredity is an eternal law, and any attempt to alter it must lead to utter confusion.

Hindus believe in transmigration of the soul, and Nature will adjust the balance by degrading a Brahmin if he misbehaves to a lower caste, and upgrading one who lives the life of a Brahmin to a Brahmin in his next life.â€? He continued to philosophise a very practical issue, refusing to admit that caste conferred any superiority or inferiority, and many times asking all Hindus to call themselves Shudras. It was only in 1935 that he amended his beliefs and agreed that â€?Caste has to go.â€? However, he still held on to the belief in the varna system.

According to him, â€?We are born with some traits of our parents and also some characteristics of our parents casteâ€?..it is not possible in one birth entirely to undo the results of past doings.â€? Dr Ambedkarâ€™s bitterness with Mr Gandhi escalated post the latterâ€™s fast onto death when the British sough to give the â€?depressed classesâ€?, the Dalits a separate electorate in the Indian Parliament.

Political pressure forced him to give to sign the Poona Pact that seemed to deny any real access to the Dalits. But he made his point of view amply clear, when he said, â€?The out caste is a bye-product of the caste system. There will always be outcastes as long as there are castes. Nothing can emancipate the outcaste exceptthe destruction of the caste system.â€?