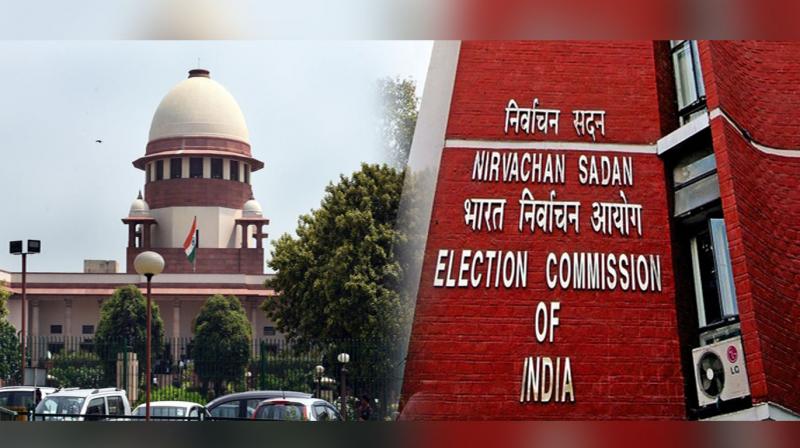 Supreme Court has made an observation about the current political scenario, calling out the ‘Undeclared Emergency’ like situation

Year 1977 is considered to be a blot on India’s democratic system, when blinded by the drug of power, Indira Gandhi declared Emergency in the country. The political leaders of that time still recall when they were put behind bars. But even in those dark days, there were such people and institutions who did not bow down in front of the reckless use of power, neither did they lie low, in wait of better times to come. They kept on waging their war never batting an eyelid.

Raj Narain filed a case in Allahabad High Court against Indira Gandhi, for the misuse of power in the previous elections of 1971. The court found her guilty and disqualified her candidature in 1975, and barred her from contesting elections for 6 years. Indira Gandhi imposed Emergency instead of leaving her seat. When the Emergency was lifted in 1977, and fresh elections were held, Indira Gandhi lost to Raj Narain from Rai Barreily.

Today, it's being said that there is an ‘Undeclared Emergency’ in the nation. The arrogance, pride in power, and misuse of the same power entrusted by people of India in the hands of a few elected ones is no less than what Indira Gandhi did. There were tall and strong leaders like Jai Prakash Narayan and Raj Narain, who raised their voices valiantly for the sake of democracy, and under whom people of India banded to fight against the injustice. Such a figure is missing today. Such a leader is missing.

Recently, BJP Union Minister, while canvassing for the upcoming election, has threated a gathering of people from Muslim community. She has threatened them to vote for her. Very confidently, she has claimed her win even before the polling, and has said that once the results are out, she would get the voter record of every booth and will analyse from where she has received what mandate.

This way, she can easily recognise the response of Muslim majority booths, and would then decide whether she would serve the Muslims or not. After a lot of hue and cry, Election Commission served her a notice, but despite that she repeated her threat a day later. Meanwhile, Union Minister Smriti Irani has been screaming like a rooster about her educational qualification. But now it has come to everyone’s notice, that all her claims were false.

From being an Arts graduate and a degree holder from Yale University, Smriti Irani has come a long way to being a Commerce drop out, and a six-day crash course certificate holder from Yale. Essentially her highest education completed is of class 12th. And she has been in charge of deciding policy matters related to the highest and esteemed educational institutions, and involved in changing the curriculum of schools all over the country.

Our country is known for having politicians who have not even cleared class six, but it is the blatant lies which is worrisome. It has lowered the character of political discourse to a new level. Varun Gandhi has served jail time for a night in the past for speaking against Muslims, but he holds his fort high as a politician. Model code of conduct prohibits using army for political benefit, but our Prime Minister has been doing the same.

Not only that, Modi has even used a tragedy which happened 100 years back and led to ignite the flame of Indian Freedom Movement, The Jallianwala Bagh shooting, for his own benefit. The question here is, what purpose is fulfilled by serving a mere notice, to a leader who has already threatened? Would the notices served to Yogi Adityanath, Maneka Gandhi, Varun Gandhi and others help in bringing the faith of the minority community of Muslims back?

After the polls, the Election commission will have no role to play. Who is going to keep a check on the dangerous rhetoric started by these leaders of the nation? This is the dreaded fruit of the current Undeclared Emergency which is a matter of concern. A candidate whose intention of spreading hate, giving threats and taking benefit of the weaknesses of others is as clear as a glass, would never stop on being served a mere notice.

The misuse of freedom attained after sacrificing generations would dig a deeper pit for EC’s reputation. Supreme Court’s following observation seems relevant and worthy of thought today for the EC,
“Is the Election Commission aware of the powers it holds?”