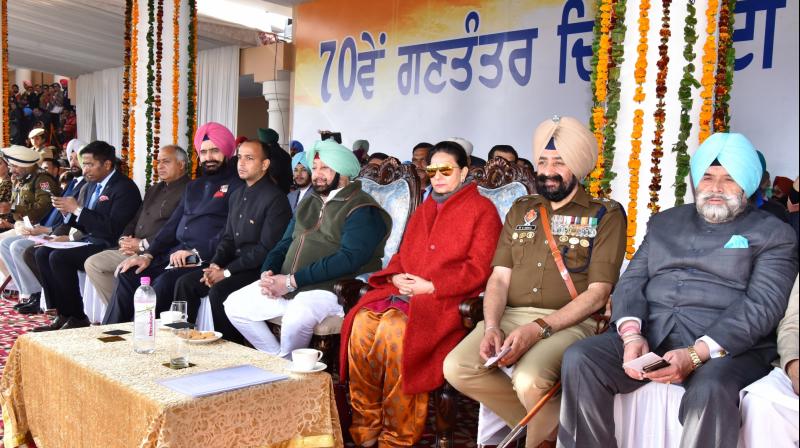 Captain Amarinder Singh and other dignitaries

PATIALA, JANUARY 26: Punjab Chief Minister Captain Amarinder Singh on Saturday underlined the need for people to make judicious use of their power to vote to rid the nation of the anti-democratic forces, which were mercilessly destroying the Constitutional fabric of India. Talking informally with mediapersons after hoisting the tricolour at the state-level Republic Day function at the Raja Bhalinder Singh Sports Stadium here, the Chief Minister said the Lok Sabha elections due in a few weeks from now would give us the chance to save ourselves from these anti-people forces that were ruling the country.

Punjab Chief Minister Captain Amarinder Singh on Saturday greeted the people of Punjab on the historic occasion of the 70th Republic Day with the vow to restore Punjab to its Number 1 position in the country. The Constitution, which forms the bedrock of our systems and ideologies, itself has been endangered through brazen violation of its rules by the incumbent BJP-led government at the Centre, he said, adding that the very fibre of our democratic ethos has been stretched to a breaking point.

It was up to the people to save themselves and the country from the divisive and destructive policies of the central government by bringing in the much-needed political change in the system, said the Chief Minister in response to questions. Earlier, addressing the people at the R-Day event, the Chief Minister vowed to restore Punjab to its Number 1 position in the country.

While extending the Republic Day greetings to the people, the Chief Minister said his government was well on way to implementing the various pre-poll promises to bring Punjab back on the path of peace, progress and prosperity, which the previous SAD-BJP government had destroyed.

Noting that this R-day had come at a historic moment for the state, which was celebrating the 550th Prakash Purb of Sri Guru Nanak Dev Ji, the Chief Minister hailed the opening of the Kartarpur Corridor as a victory for the Congress, which had been pursuing the matter for long. The process of land acquisition for the Corridor had already been initiated, he said, adding that development works at all the towns linked to Guru Sahib had also been started by his government.

His government would spend Rs 3500 crore on commemorating the birth anniversary of Sri Guru Nanak Sahib ji, he said, exhorting every village to plant at least 550 saplings to mark the special occasion. The projects launched by the state government as part of the developments works included establishment of Institute of Inter-faith Studies at GNDU, Amritsar, Pind Babe Nanak Da – a museum to be set up at Sultanpur Lodhi, 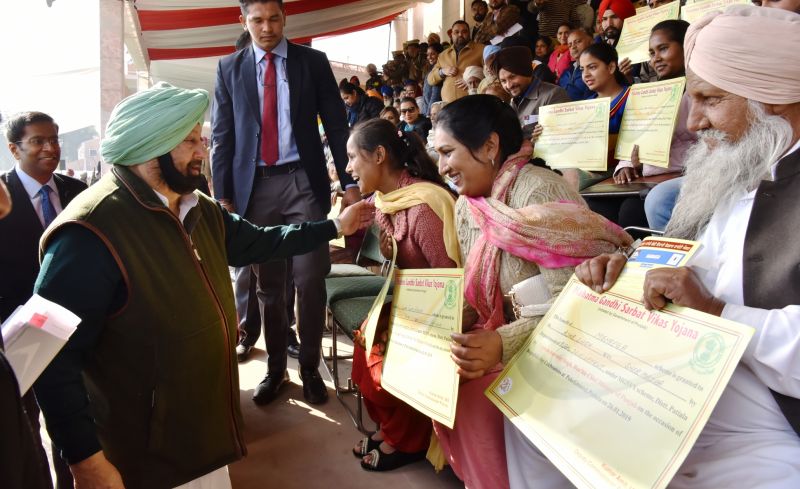 Praying for Chardi Kalan for the nation and Punjab, the Chief Minister called upon the newly elected Panches and Sarpanches, as well as the councillors, to ensure development in the villages and towns under the programmes launched by his government for the rural and urban areas. His government, since April 2017, had sanctioned Rs. 14000 crore for various development projects, of which approximately Rs. 6700 crore would be spend on Rural Areas and Rs. 7300 crore on Urban Areas, said Captain Amarinder. 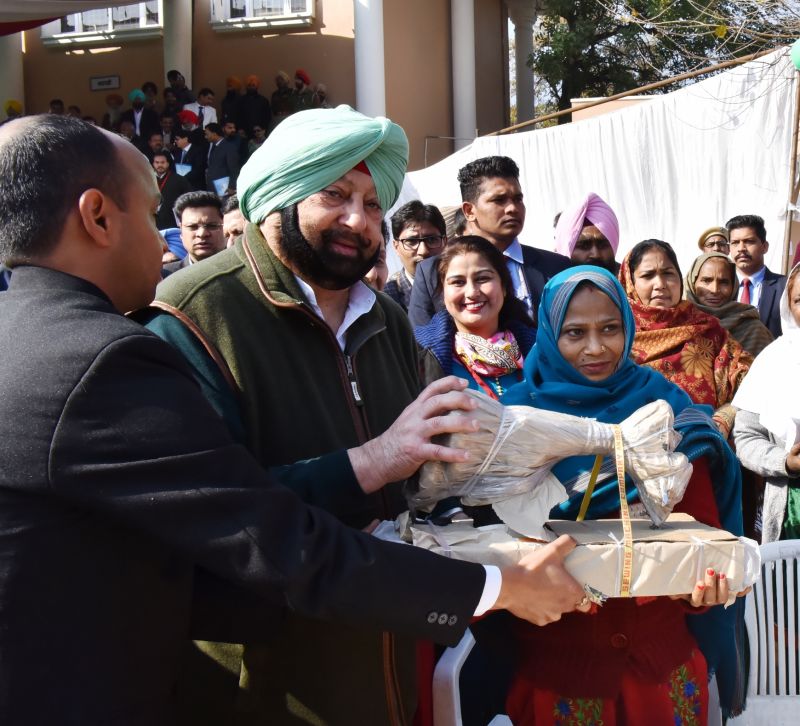 Underlining his government’s focus on youth and the farming community, the Chief Minister said he believed if the Naujawan and the Kisan could prosper, the state would make new strides in growth and development. Citing the programmes undertaken for farmers, Captain Amarinder said the farm loan waiver scheme had already provided relief of Rs. 3500 crore to 4.1 lakh farmers in the first two phases, and the third phase started two days ago would cover 142260 small farmers with an amount of Rs 1009 crore.

The fourth phase would soon be launched to cover farmers with above two acres for loans from commercial banks, he said, reiterating his demand for the Centre to support the farmers through a national scheme to resolve their problems and in toto implementation of the Swaminathan Commission report. The Chief Minister lamented the shortfall in procurement of foodgrains by FCI and said if the central agency failed to pick up wheat soon, the state would have to make alternate arrangements for storage. 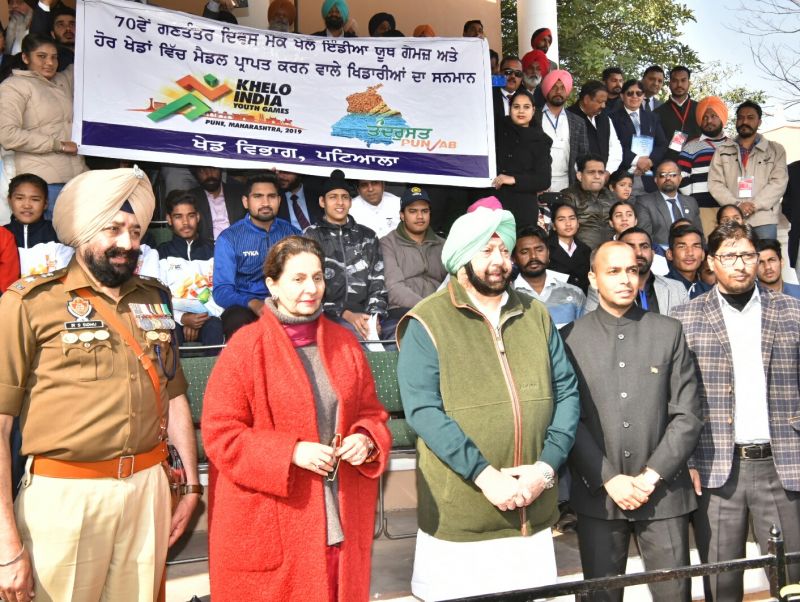 Captain Amarinder Singh along with sportspersons of different sports

Listing out the initiatives taken by his government for youth, the Chief Minister said under the Ghar Ghar Rozgar & Karobar Yojana, 5.83 lakh youth had been given jobs in private, government and self-employment schemes. working out to 700 jobs per day. Another 6.7 lakh rural households had been provided employment with an expenditure of Rs. 1273 crore, which was 50% more than last year under MNREGS. He said the government had kept an employment target to include 10 youth from each of the 1700-odd villages in the state in the scheme.

As many as, 8 lakh out of 11.3 lakh persons already identified in the special camps organised under Mahatma Gandhi Sarbat Vikas Yojana had been extended benefits of various welfare schemes, said the Chief Minister. The Chief Minister expressed satisfaction at the progress made on the anti-drugs campaign front, pointing out that his Government had already broken the backbone of this menace, thus fulfilling the promises made by him in the run-up to the assembly elections in 2017. 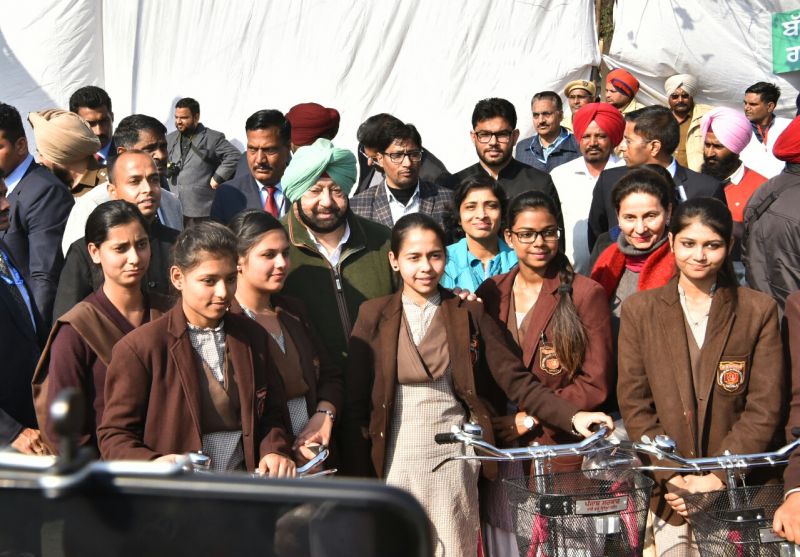 The DAPO and Buddy programmes were helping considerably in ending the drug menace and bringing affected youth back into the mainstream of the society, he said. To widen the ambit of health insurance cover under Sarbat Sehat Bima Yojna, the Chief Minister said his Government had extended the central scheme of Pradhan Mantri Jan Arogya Yojna (PMJAY) to cover over 42 lakh families, instead of the proposed 14.96 lakh beneficiaries.

He said that the State Government had already paid premium to the tune of Rs. 371 crore for insurance cover of Rs. 5 lakh, with no contribution from beneficiary. With a view to providing basic healthcare facilities to the people, as many as 420 Health & Wellness Clinics would be established at the grassroots level by 31st March 2019, said the Chief Minister. Further, under Mission Tandarust Punjab, a statewide campaign to crack down on sub-standard milk and adulterated food had been launched through extensive raids and strict action was being taken against such unscrupulous elements, he added. 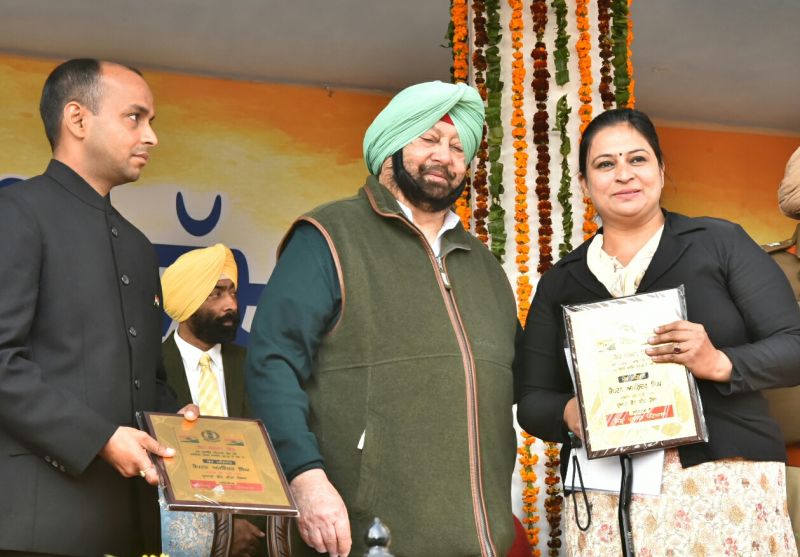 The Chief Minister referred to the rural infrastructure development programme of his government, under which Rs. 3000 crore had been earmarked for repair of 31,000 kilometers of village roads, while a sum of Rs. 200 crore had been set aside for the upgradation of 1000 narrow culverts and bridges on Link roads. Further, an amount of Rs. 750 crore would be spent under a massive Mandi Development Programme for strengthening and upgradation of rural market infrastructure covering 151 Principal Yards, 284 Sub-Yards, and 1395 Purchase Centers, he said.

The Chief Minister said that despite the financial crunch, the State Government was releasing payment of social security pensions worth Rs. 1600 crore directly into the accounts of 19.2 lakh beneficiaries. Likewise, financial assistance under Ashirwad Scheme had also been increased to Rs. 21,000 from Rs. 15,000.  Waiver of loans up to Rs. 50,000 granted by SC and BC Corporations has benefitted nearly 15,890 persons involving an amount of Rs. 52 crore. 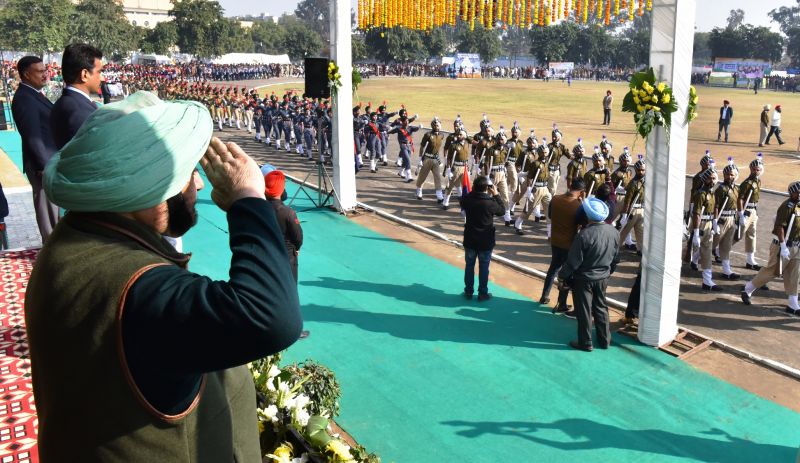 Captain Amarinder Singh and other dignitaries