Capt Tears into Sukhbir & Harsimrat’s Constituencies With Call to Throw Out... 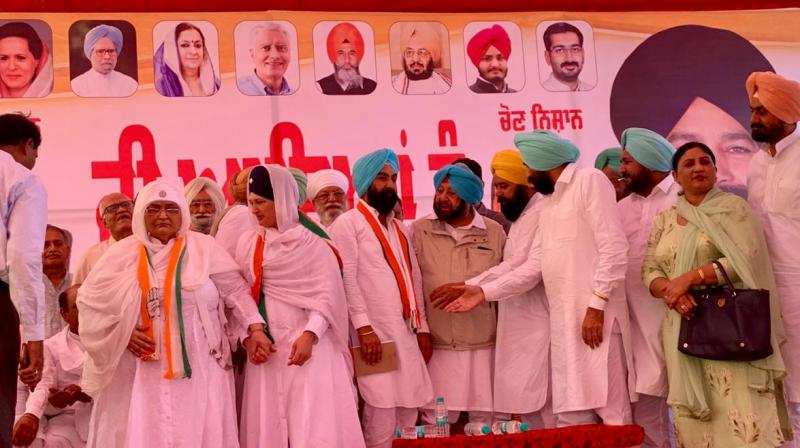 Fazilka/ Bhuchho, May 7: Punjab Chief Minister Captain Amarinder Singh on Tuesday tore through the arrogance of Sukhbir and Harsimrat Badal in their own constituencies, with scathing attacks against the corrupt and power-hungry couple who he said needed to be taught a lesson in these elections for their attempts to divide the state on communal lines.

Addressing massive elections rallies in Sukhbir’s Ferozepur and Harsimat’s Bathinda constituencies, Captain Amarinder asked the people to defeat such leaders who used Punjab and their power for promoting their vested interests and not for the state’s welfare.  In Bhuchho, the Chief Minister was accompanied by his cabinet colleague Manpreet Badal, and senior Congress leader and Rajasthan minister Harish Choudhary.

Seeking votes for the Congress candidates, Shamsher Singh Ghubaya and Amrinder Singh Raja Warring, pitted against the Badals, the Chief Minister said they had made hotels and properties at the cost of Punjab’s people during their tenure. Even now, he had heard that Akali leaders were threatening people not to vote for Congress, said the Chief Minister, asking the crowd for the names of the trouble makers. “I know how to set them right, I know how to put the Badals in their place,” he declared amidst loud cheers.

If they (Badals) and other Akalis leaders like Bikram Singh Majithia think they can go around scaring people into voting for SAD, they are mistaken, said Captain Amarinder, adding that muscle power and arm twisting does not work in a democracy. They will all be taught a lesson in these elections, he declared

These tactics showed that the Badals were running scared in the face of imminent defeat as they knew they would have to face the consequences of their actions, Captain Amarinder said, asserting that nobody who allowed holy scriptures like Sri Guru Granth Sahib, the Geeta, the Bible and the Quran to be desecrated will escape punishment. Punjab has been through bad times, which the Badals tried to further aggravate with their divisive agenda and attempts to create hatred through by allowing acts of sacrilege. 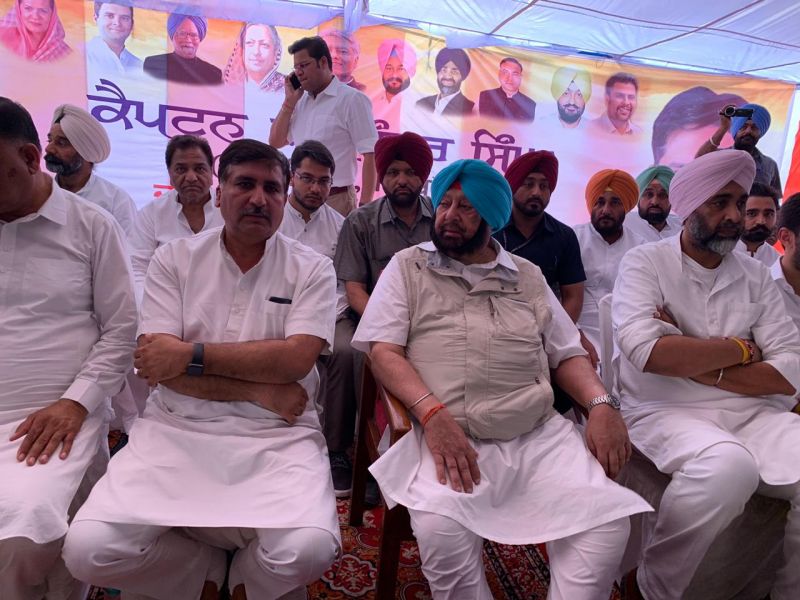 IG Kunwar Vijay Pratap Singh will be back in SIT after the elections to take the probe in the sacrilege cases to its logical conclusion, warned the Chief Minister, adding that the Akalis can save themselves for 2-3 weeks but not forever. While the Badals had resorted to sacrilege to try and divide Punjab, Prime Minister Narendra Modi was striving to rip apart the nation’s secular fabric, the Chief Minister said, adding that the BJP and their allies were out to divide India on religious lines while the Congress stood for the equality of all religions.

India’s strength, he said, lay in its unity, which the BJP, the SAD and their other alliance partners were trying to destroy. Flaying SAD for misusing the Akal Takht and SGPC, Captain Amarinder said while the Congress does not contest SGPC elections, he would personally support anyone who can free the Sikh religious body for the SAD shackles. The SGPC elections are long overdue but BJP, at the behest of SAD, was preventing their conduct, which was the purview of Parliament, where they were in majority, he added.

Nationalism is all about secularism, not about Modi’s desperate efforts to take credit for the success of the armed forces, said the Chief Minister, lambasting the Prime Minister for lowering the prestige of his high office. Indira Gandhi divided Pakistan but never took credit for the political establishment or for herself, while Modi, in contrast, does not tire of singing his own praises on television, remarked Captain Amarinder. No Prime Minister behaves so shamelessly, said the Chief Minister, citing Modi’s self-obsession as well as his attempts to take undue credit for the actions of the armed forces.

Lashing out at Modi for his remarks on Rajiv Gandhi, the Chief Minister said the Prime Minister had absolutely no decency in him as he had not spared even a man who was no more and who could no longer defend himself, which was completely against India’s traditional values and ethics. Instead of indulging in self-praise, Modi and his BJP should think about the problems which people, especially farmers and youth, were facing, the Chief Minister declared. 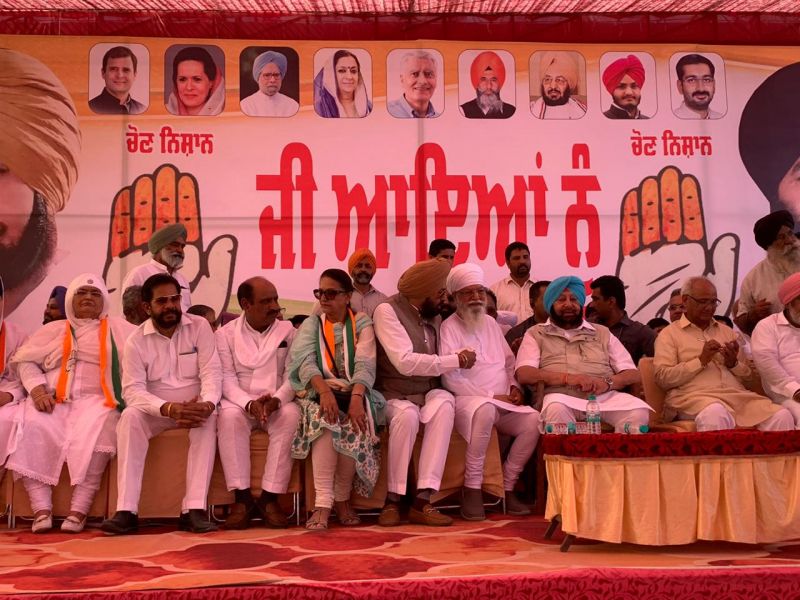 Modi’s false promises (jumlas) had been well and truly exposed, he said, citing the example of the non-existent Rs 15 lakhs which the Prime Minister had promised for every poor in the country. Rahul Gandhi has made a realistic promise of Rs 72000 a year for the poorest of the poor, which the Congress is committed to fulfilling once elected, he added. In Punjab, too, Modi assured him of addressing the state’s concerns every time he met the Prime Minister but the latter did not do anything, Captain Amarinder said.

In contrast, the Congress had fulfilled many of its promises in just two years of its rule, and would fulfill all the remaining in the next three years, just as it had done during his previous term, the Chief Minister said. He had promised to break the backbone of the drugs mafia and save Punjab’s children from ruination, which he had done, the Chief Minister pointed out. Those responsible for ruining the youth of Punjab will have to pay for it, he warned. These elections, he said, were our chance to secure the future of our children and our country, and the Congress needed the support of the people to strengthen its hands in ensuring the same.