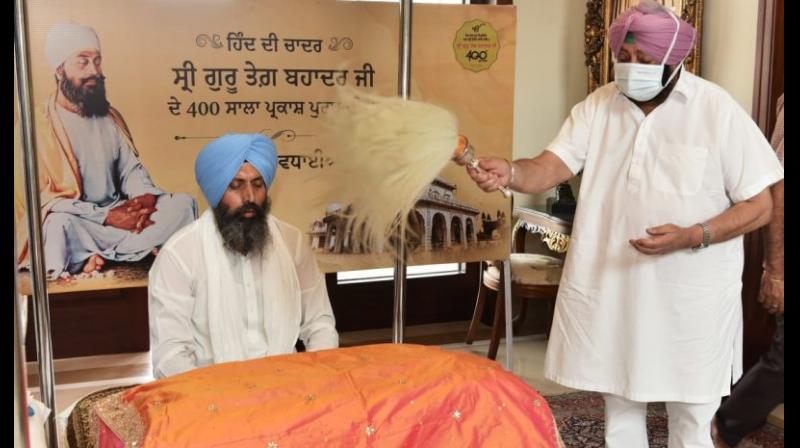 Praying for the safety and well-being of all in these challenging pandemic situation, Capt. Amarinder Singh exhorted the people to follow Guru Ji’s universal message of love, secularism, religious tolerance, freedom of faith and peaceful co-existence. 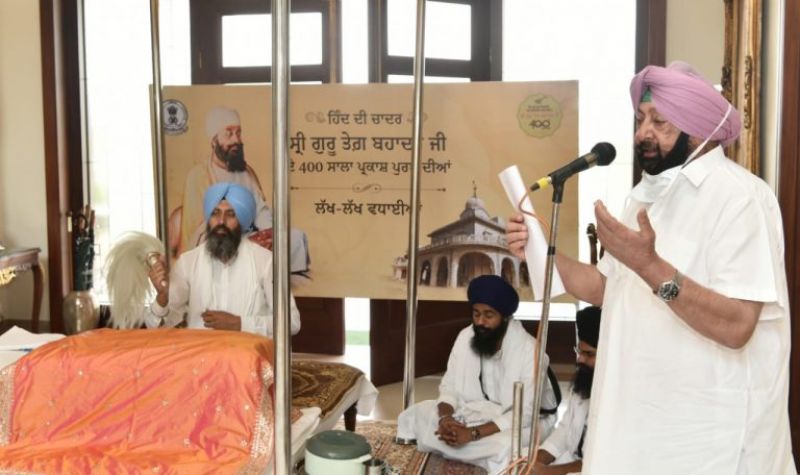 Terming it an occasion to spread the message of Guru Sahib’s supreme sacrifice for the sake of humanity and religious freedom, the Chief Minister said the life and philosophy of the 9th Guru remains a beacon of inspiration for the world.

Capt. Amarinder Singh further said that he was extremely blessed to lead his government, in its previous tenure, to celebrate the 400th anniversary of the installation of Sri Guru Granth Sahib Ji at Sri Harmandir Sahib in 2004, Amritsar, and in constructing various memorials, including one dedicated to ‘40 Mukte’ (Liberated Ones) at Sri Muktsar Sahib, and several commemorative gates at Fatehgarh Sahib. “We have also been also fortunate to celebrate the 550th Prakash Purb of Sri Guru Nanak Dev Ji and 350th Prakash Purb of Sri Guru Gobind Singh Ji during our present tenure,” he added. 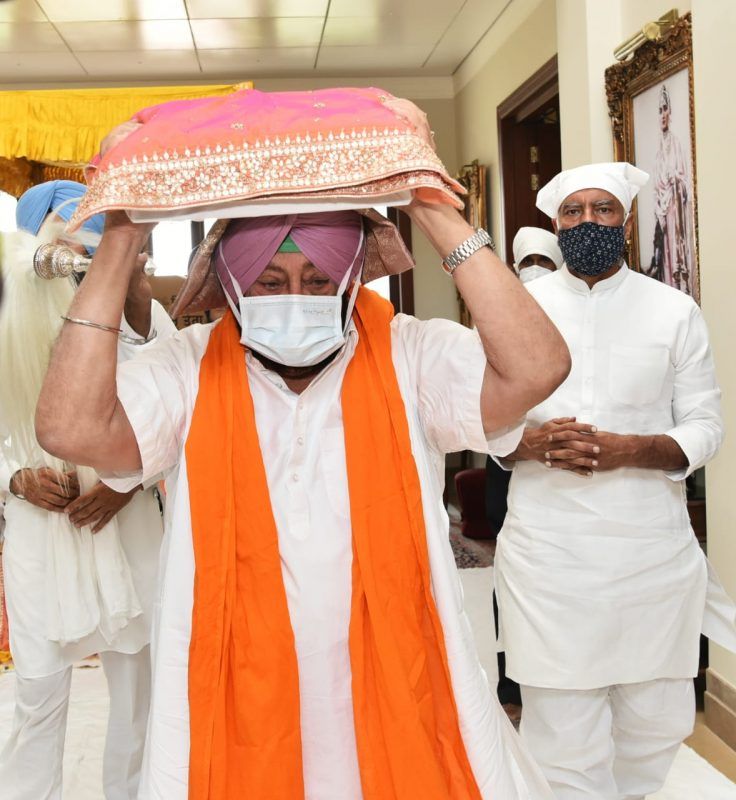 The Chief Minister further said that the State Government had made elaborate arrangements to celebrate this mega event with Nagar Kirtan from Guru Ka Mahal (Amritsar) to Sri Anandpur Sahib, Sri Akhand Path & Kirtan Darbar at Sri Anandpur Sahib, besides holding an exhibition on the life and teachings of Sri Guru Tegh Bahadur Ji, an exhibition on Handicrafts, the Punjabi Literary Festival, Drama (Hind-di-Chadar), Sports event, Multi- Media Light and Sound Show and a Sufi Music Festival. However, the second and deadly wave of Covid had forced change in plans and these events are now being held in virtual format to avoid large gatherings and ensure public safety. As and when the situation improved during the year-long celebrations, grand events will be held on the ground to commemorate the historic occasion, he said. 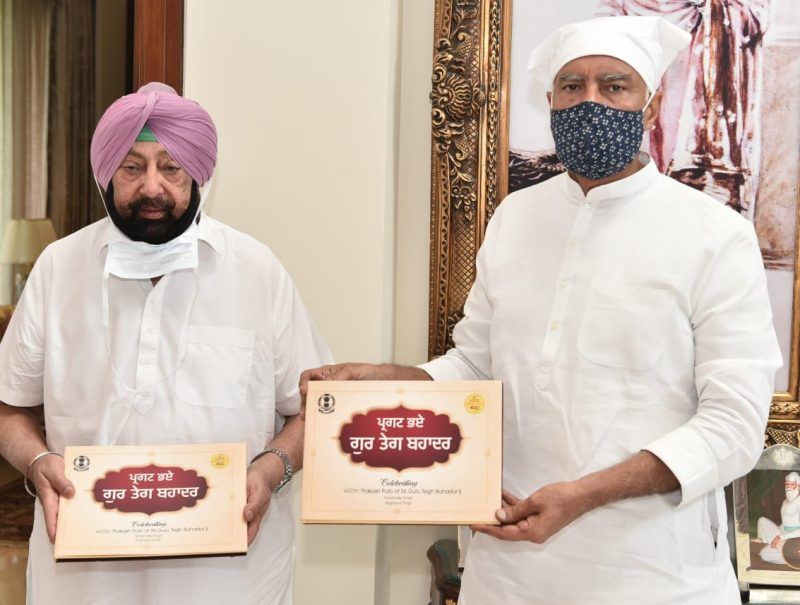 On the occasion, the Chief Minister released a coffee table book-“Pargat Bhae Gur Teg Bahadur”, brought out by the Times of India group, and a commemorative book highlighting the events related to life and philosophy of Sri Guru Tegh Bahadur Sahib published by the Information and Public Relations Department.

Speaking on the occasion, the Tourism & Cultural Affairs Minister Charanjit Singh Channi said that Sri Guru Tegh Bahadur Sahib made the supreme sacrifice to protect the religious rights of others to set an example for the world.

Punjab Pradesh Congress Committee (PPCC) President Sunil Jakhar exhorted the people to follow the path of righteousness in the true tradition of humanity, as illustrated by Guru Sahib.