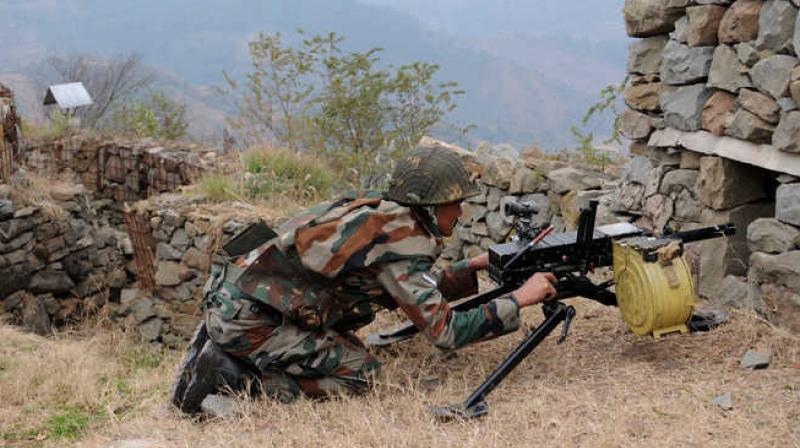 Jammu, Mar 31: The Pakistan Army Sunday targeted forward posts and villages along the LoC in Rajouri district with mortars and small arms firing, a Defence spokesman said. This is the third consecutive day that Pakistan has violated the ceasefire. "At about 0900 hours, Pakistan initiated unprovoked ceasefire violation by shelling with mortars and firing of small arms along the LoC in Nowshera sector of Rajouri.

The Indian Army is retaliating befittingly," the spokesman said. He said there was no report of any casualty in the cross-border shelling which was still continuing when last reports came in. A civilian was injured on Saturday when Pakistan Army lobbed mortar shells in Mankote sector of Poonch district.