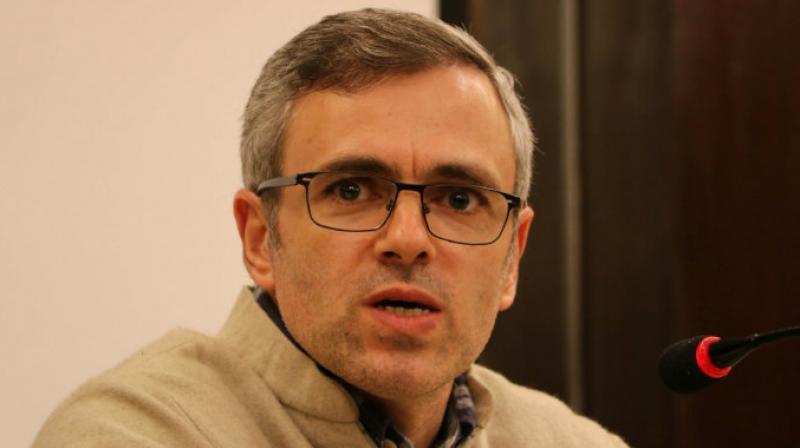 Srinagar, Mar 30 (PTI) National Conference leader Omar Abdullah Friday said reports about prosecution withholding critical information about the Samjhauta Express blast case from the court was a reflection of the respect the BJP-led central government had for institutions of the country.

"The judge presiding over the special NIA court has himself said that the prosecution withheld critical information that would have allowed a guilty verdict to be passed. Clearly, this government has no respect for institutions," Abdullah told reporters at a press conference here. The former chief minister said the disrespect for the institutions was seen across the length and breadth of the government.

"Whether NITI Aayog chairman being hauled up by the Election Commission for giving political statements or the way they have treated Reserve Bank of India and reduced it to a subsidiary of the government, rather than an independent body. "We are yet to see a decision from the Election commission of India where the Prime Minister uses a space-related announcement to further the BJP's campaign.

And now what we have seen with the courts and the way in which Samjhauta trial has been sabotaged by withholding the evidence," he said. Abdullah said even the railways was being used to campaign for the Prime Minister.

"I don't know how effective the chowkidar slogan will be for the BJP, that only time will tell, but the fact that railways is circulating cups with chowkidar written on them and the Election Commission is powerless to do anything about it, is a reflection on independence and how the institutions have been weakened.

"I myself am a witness to boarding passes for at least two flights departing from Srinagar with photographs of PM Modi even after model code of conduct came into effect. It is no surprise that this government has very little, if any, regard for institutions," he added.

A special court in Haryana's Panchkula, which had acquitted Swami Aseemanand and three others in the Samjhauta Express train blast case, Thursday said the National Investigating Agency lost a valuable piece of evidence by not conducting an identification parade.

NIA court special Judge Jagdeep Singh said the agency did not bother to conduct a Test Identification Parade (TIP) of the suspects after learning that an Indore tailor may have stitched the covers of the two suitcases in which unexploded bombs were found in the train.