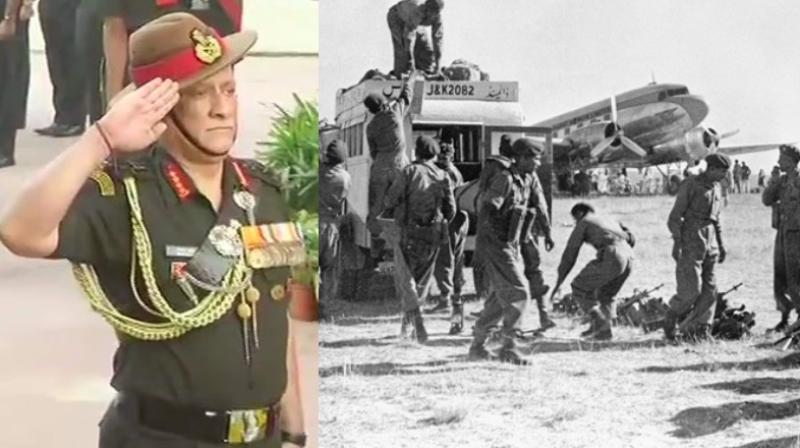 PTI, Jammu (27th Oct'18): The Army celebrated the 72nd Infantry Day on Saturday to commemorate the operations it launched on this day in 1947 to thwart the Pakistani aggression on Jammu and Kashmir. General Officer Commanding-in-chief of the Army's Northern Command, Lt. Gen Ranbir Singh, led the wreath-laying ceremony at 'Dhruva Shaheed Samarak' at the Udhampur headquarters, a defence spokesman said.

The Army commander complimented all ranks of the infantry for their devotion to duty and indomitable spirit while working under trying and difficult conditions. He commended their tremendous contribution in maintaining the sanctity of the nation's borders and fighting terrorism in Jammu and Kashmir, the spokesman said.

He said similar memorial services were held all across Jammu and Kashmir. The General Officer Commanding of Tiger Division laid wreath at 'Balidan Stambh' and Tiger War Memorial in Jammu to pay tributes to those killed in the battle. A large number of serving soldiers and veterans were present on the occasion.