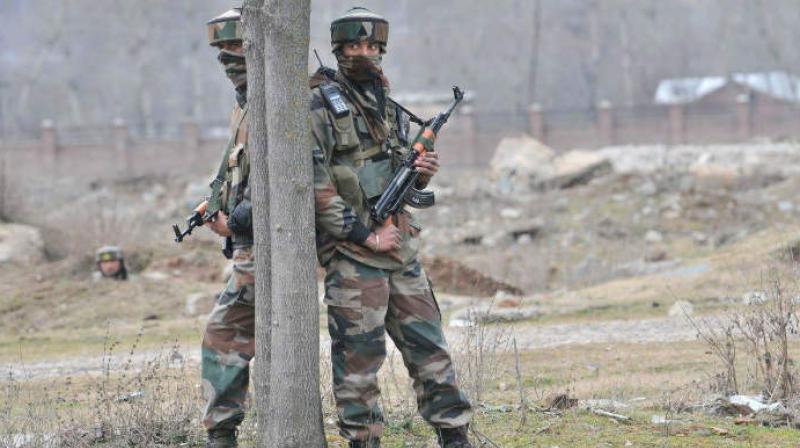 Srinagar, Feb 25: A militant and a police officer were killed in an encounter between militants and security forces in Kulgam district of Jammu and Kashmir on Sunday, officials said. The security forces launched a cordon-and-search operation in the Turigam area of Kulgam district following information about the presence of militants in the area, a police official said.

He added that the militants opened firing on the security forces personnel, who retaliated, triggering a gun-battle. One militant was killed in the encounter, the officials said, adding that the identity and group affiliation of the slain ultra were being ascertained. Deputy Superintendent of Police Aman Thakur was also killed in the exchange of fire, they said.