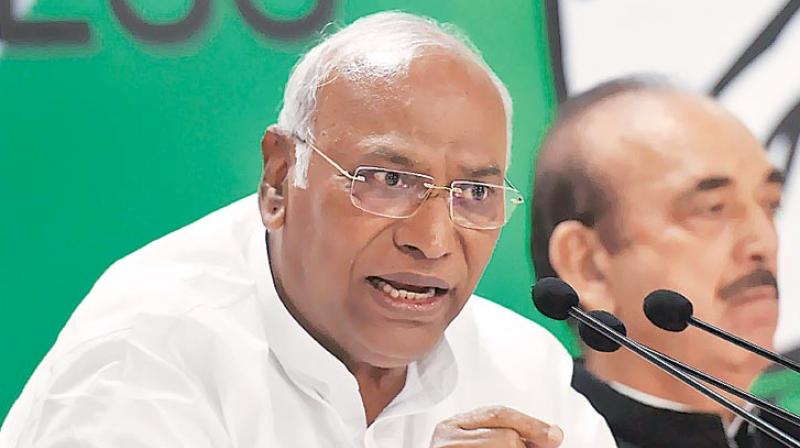 Kolkata, Jan 20: Representing the Congress at a mega gathering of opposition parties here on Saturday, Mallikarjun Kharge said party chief Rahul Gandhi and UPA chairperson Sonia Gandhi had sent their good wishes for the rally. At the rally, Kharge, the leader of the Congress party in the Lok Sabha, read out a message from Sonia Gandhi, highlighting the "crisis" looming over the country with farmers and fishermen living under immense strain.

Under the Bharatiya Janata Party-led government, the economic and political institutions of India were being undermined, he said, adding that the upcoming Lok Sabha polls will be for the restoration of democracy in the country. Kharge, who participated at the rally organised by West Bengal Chief Minister and Trinamool Congress supremo Mamata Banerjee as the emissary of Sonia and Rahul Gandhi, said, "Till we (opposition parties) unite, we will have to continue seeing Modi and Shah trample democracy and the secular values of the country." 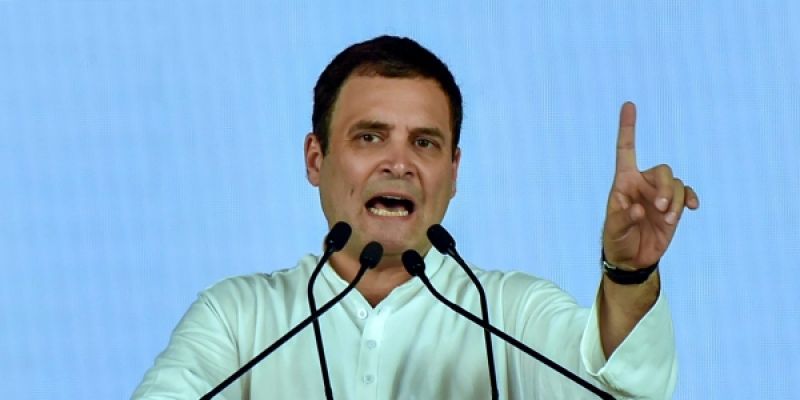 Congress's national spokesperson Abhishek Manu Singhvi was also present at the rally. Stating that Prime Minister Narendra Modi time and again referred to his "na khaunga na khane dunga" (neither will I eat nor allow anyone to eat) slogan, Kharge wondered what the PM was actually doing. "He himself is not eating, but he is allowing Adani, Ambani and his corporate friends to benefit," he said.

Going by Modi's promise of creating two crore jobs every year, 9.5 crore jobs should have been created by now, the Congress leader said, adding that instead, the government had rendered 1.6 crore people jobless. Referring to demonetisation and the Goods and Services Tax (GST), he alleged that the two measures had triggered an economic crisis in the country. At the end of his speech, Kharge said in Hindi, "Manzil door hain, rasta kathin hain, phir bhi pahuchna hain. 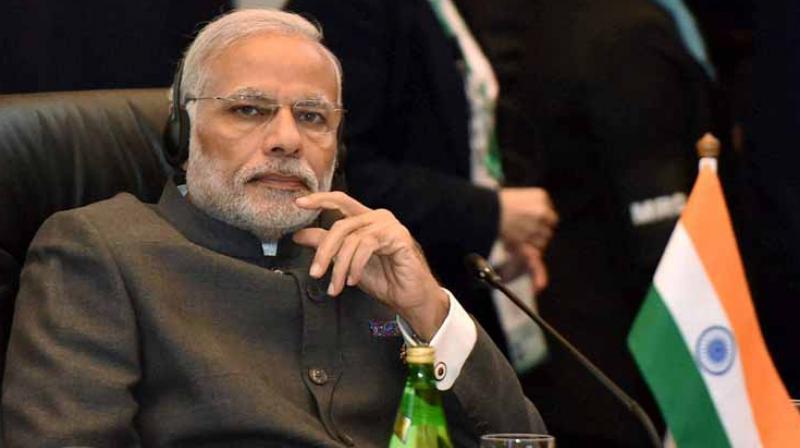 Dil mile na mile, kamse kam haath mila kar chalo (The destination is far and the road is difficult but still, we have to reach there. Whether our hearts meet or not, we should walk holding hands)." After Kharge's speech, Banerjee thanked Sonia Gandhi and Rahul Gandhi for their good wishes for the rally and for sending the two senior party leaders to the function.