BJP has given me big responsibility: Goa CM-designate 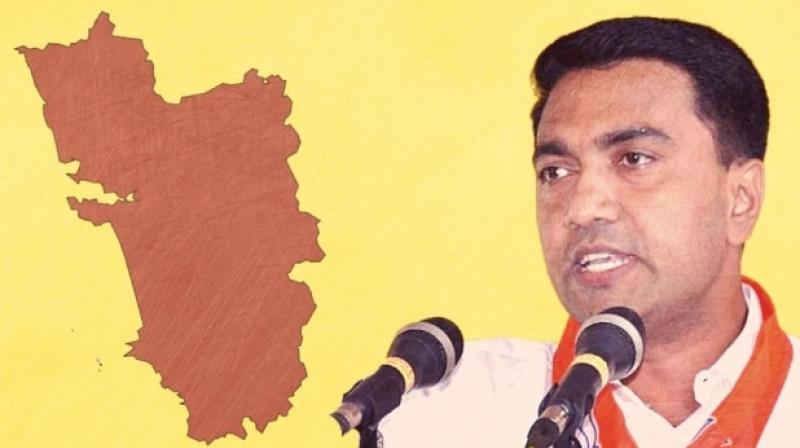 BJP has given me big responsibility: Goa CM-designate

Panaji, Mar 19 (PTI) As he gets ready to assume office, Goa Chief Minister-designate Pramod Sawant Monday night said his party BJP has given him a big responsibility. Talking to reporters, Sawant, who is currently Speaker of Goa Assembly, confirmed there will be two deputy chief ministers in the new government. He credited late Chief Minister Manohar Parrikar for brining him into politics.

Parrikar (63) died Sunday after battling pancreatic cancer and was cremated with state honours here Monday evening. As per the power-sharing arrangement reached with allies, an MLA each from two small parties backing the BJP in the coastal state will be made deputy chief minister, party sources said. They are Goa Forward Party chief Vijai Sardesai and Maharashtrawadi Gomantak Party MLA Sudin Dhavalikar.